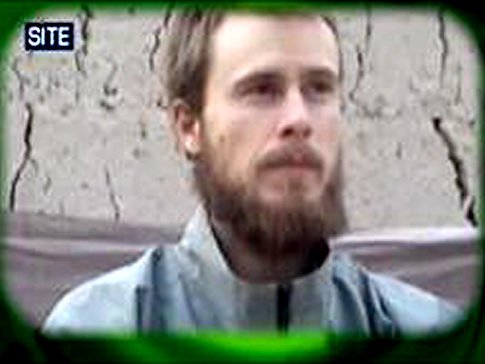 The United States Army is actually considering giving deserter Bowe Bergdahl $300,000 in back pay in addition to releasing him.

Why this is even being contemplated is anyone’s guess.

While he was listed as “Missing-Captured” for several days after his disappearance until he turned up in videos alive with the Taliban, Bergdahl pleaded guilty to desertion and misconduct in court, which led to being dishonorably discharged and receiving no jail time, despite the fact that he cost several men their lives and brought about a completely disabling of another soldier.

The U.S. Army is set to decide whether Pvt. Bowe Bergdahl is entitled to as much as $300,000 in back pay and other benefits he amassed during his captivity with the Taliban.

Captive soldiers normally receive special compensation worth around $150,000 in addition to hostile-fire pay and their basic pay they accumulated during the captivity. But determining whether Bergdahl should receive the back pay is not as clear-cut.

Bergdahl, however, might not be eligible for the basic back pay and could even owe money to the military. The Army could determine that he should not be paid for the time in captivity or that he was overpaid since his return to the U.S, according to the official who spoke with the Times.

“My understanding is there has to be an administrative determination of his duty status at each point, from the time he was captured until now,” an army official told the Army Times. “In order to figure out what he’s owed, you’re basically going to have to start from that point of captivity.”

“Based upon the results of trial, the Army is reviewing Sgt. Bergdahl’s pay and allowances,” Lt. Col. Randy Taylor told the Times. “His final pay and allowances will be determined in accordance with DoD policy and Army regulation.”

In our history’s past, Bergdahl would have simply been taken out and shot dead as a punishment for his desertion.  On this issue, President Donald Trump was absolutely correct.

This type of “non-justice” was are seeing demonstrated will only embolden other soldiers to do the same thing.

And we can’t be sure that he did not conspire with the enemy.

Consider that after his desertion, members of his unit said,  “IEDs started going off directly under the trucks. They were getting perfect hits every time.”

However, while the deaths of members of his unit as well as the incapacitation of Master Sgt. Mark Allen of Loganville, Georgia would be enough to demonstrate the foolishness and cowardice of Bergdahl’s decision, there were questions surrounding the death of Newsweek journalist Michael Hastings, and part of his reporting on Bowe Bergdahl.

On June 7, 2012, Michael Hastings had a piece published in Rolling Stone titled America’s Last Prisoner of War. This was not a fluff piece. It was hard-hitting journalism that was the trademark of Michael Hastings’ reporting. Even back in 2012, Hastings was reporting that Bowe was a deserter and a lot of the stories you have been hearing and reading over the last week stemmed from that ground-breaking account. He was ahead of his time and effectively blew the lid off this story long before it was a story. Here is a brief excerpt from the article, although I would encourage you to read it in full.

The next day, American forces had a chance to free Bowe. The battalion operations officer, call sign GERONIMO 3, met with two tribal elders from the nearby village. The elders had been asked by the Taliban to arrange a trade with U.S. forces. The insurgents wanted 15 of their jailed fighters released, along with an unidentified sum of money, in exchange for Bowe. The officer hedged, unwilling or unable to make such a bargain, and no deal was struck. Instead, the Army ordered all units stationed in the eastern half of Afghanistan – known as RC East, in military jargon – to join the search for Bowe.

On July 4th, the search effort got a break: Bowe was spotted in a village in Ghazni, about 15 miles across the mountains to the west. He was wearing khaki, with a bag covering his head, and he was being driven in a black Toyota Corolla, escorted by three to five motorcycles. But by the time troops arrived to investigate, it was too late. That was the last time that Bowe would be seen until the first propaganda video, released later that month.

Michael Hastings got Bowe Bergdahl’s fellow soldiers to speak upon conditions of anonymity while disobeying the “gag orders” of their superiors.

Many in the alternative media community believe that Michael Hastings did not simply die in a car accident on June 18, 2013. They believe that accident was the result of sabotage. However, the prevalent theory has been that, if he was targeted it must have had something to do with the NSA. Tim Brown reported back in August of 2013:

Ironically, Hastings had sent the following email to close friends just hours before his death:

Some have speculated that Hastings’ car was booby trapped due to the numerous explosions. Former counter-terror czar Richard Clarke reacted to the news by telling the Huffington Post that the fatal crash was “consistent with a car cyber attack.”

Even if the FBI was investigating Hastings over his NSA reporting, that was not their only investigation into Michael Hastings. Yesterday Eric Barlow, reporting for wearechange.org, brought to light a scarcely known FBI document that was obtained through a Freedom of Information Act (FOIA) request:

At the time of the story’s publication, the media had all but forgotten about Bergdahl — who was released on Saturday after five years in the hands of the Taliban, in exchange for five Guantanamo prisoners. And, with the exception of some initial chatter, Hastings’ piece, which paints a deeply unflattering picture of Bergdahl’s unit and its leadership, hardly had the impact of some of his other investigations.

But someone did pay attention to it: the FBI.

That, at least, is what was revealed in a heavily redacted document released by the agency following a Freedom of Information Act (FOIA) request — filed on the day of Hastings’ death — by investigative journalist Jason Leopold and Ryan Shapiro, an MIT doctoral student whom the Justice Department once called the “most prolific” requester of FOIA documents.

This guy shouldn’t get a penny.  He shouldn’t owe the military any money.  However, since the Army clearly is not going to bring justice to him, he should be serving the family of Master Sgt. Mark Allen till the day he dies along with making amends with the families of those who died trying to find him.