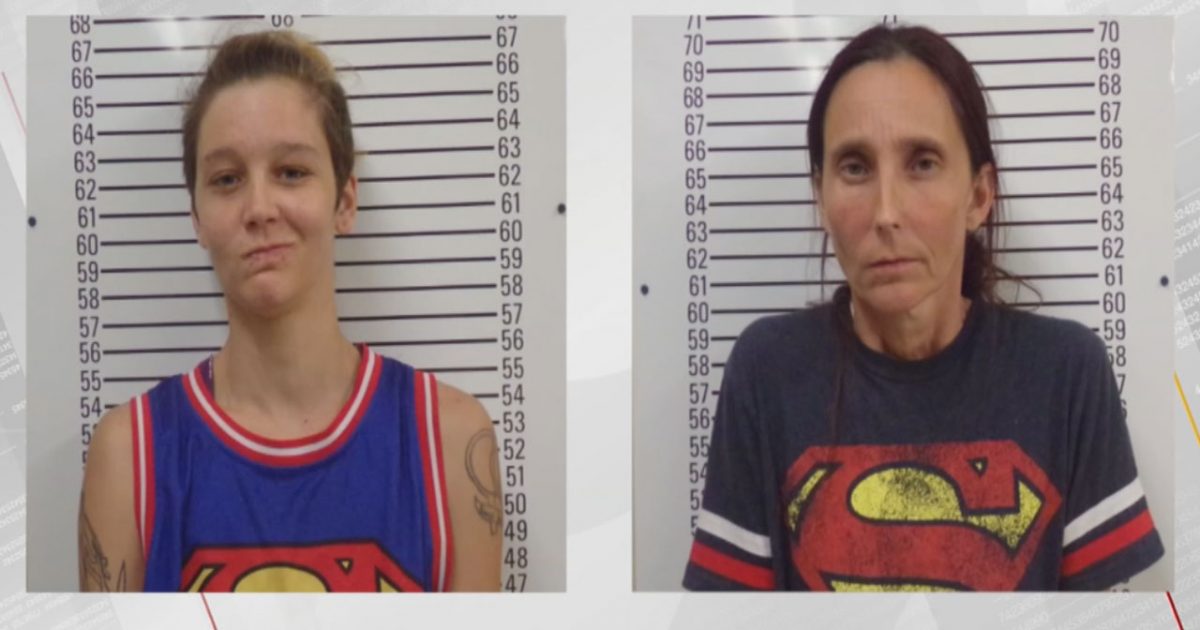 An Oklahoma woman has pleaded guilty to incest after she married her biological mother while her mother has pleaded not guilty.

This will eventually become more and more accepted rather than rejected since our country has not only embraced sodomy and lesbianism, but also sought to redefine marriage to include them.

Once that took hold, there was no reason to exclude anyone from redefining marriage to include whatever they wanted to include in that definition, according to their own perverted desires.

Court records show 26-year-old Misty Spann of Duncan pleaded guilty Tuesday in Stephens County District Court. Under the deal, she was sentenced to 10 years of probation.

Her mother, 44-year-old Patricia Spann, has pleaded not guilty to incest.

Prosecutors say the two married in 2016. Court records show the marriage was annulled last month at the request of Misty Spann on the grounds of fraud and illegality.

Patricia Spann claims the marriage was legal due to the fact that she had lost custody of her daughter and two sons several years ago.

She also is not listed on their birth certificates.

Patricia Spann also married one of her sons, according to prosecutors, but that marriage was annulled in 2010.

Here’s the report from CBS.

In January 2015, commentator Matt Barber pointed out that incest would be the next frontier in “reproductive freedom.”

Like a plastic Piggly Wiggly bag fluttering about in the alley, those untethered from God’s natural law are violently tossed to and fro by the gusting winds of moral relativism. Jenny Kutner is one such Piggly Wiggly bag. A 20-something assistant editor at Salon.com, she describes herself as “focusing on sex, gender and feminism.”

By “focusing on sex, gender and feminism,” and as you will soon see, this young “progressive” means to say that she spends her days rationalizing each and every conceivable form of sexual deviancy, as well as trying to otherwise deconstruct that which she and her fellow feminist travelers view as an artificially constructed culture of “heteronormativity” – the sinister brainchild of the evil-man-led global patriarchy (for those interested, we meet Tuesdays at noon at the Golden Corral on Wards Road). Along with a growing number of secular leftists, Kutner’s latest sexual taboo for de-stigmatization is incest.

Daddy’s little girl, a self-identified bisexual who says she lost her virginity to her father at the age of 16, is planning a grand wedding with the old man. (Can you say mass confusion? “Are you family of the bride or the groom? Forget it. Sit wherever you want.”)

They later plan to settle down and have cross-eyed children of their own, thereby restocking the shallow gene pool from which Pops can later fish for his next victim.

Writes Kutner: “Genetic Sexual Attraction (GSA) is a term used to describe intense, almost obsessive romantic and sexual feelings that estranged relatives often feel for each other upon reunion – yes, I said ‘often.’ According to the Guardian, ’50 percent of reunions between siblings, or parents and offspring, separated at birth’ result in GSA – a much higher proportion than one might expect.”

Set aside for a moment the bovine nature of this absurd assertion and pay special attention to Kutner’s application of the pseudo-scientific phrase: “Genetic Sexual Attraction (GSA).” This is a regular propagandist tool employed by the sexual anarchist left. They’ve become quite accomplished in the art of Orwellian Newspeak. To achieve the noble cause of unfettered sexual license, one must redefine the terms. In fact, one must recreate the terms.

Hence, male-on-male sodomy becomes “gay.” That which, heretofore, has been known as “child rape” shall, from henceforth, be called, “intergenerational romance.” He who was once identified as a “pedophile predator” shall, from now on, be referenced as a “minor-attracted person.” And, yes, the empirically pathological impulse of some sick pervert to schtupp his 16-year-old daughter shall, forevermore, be known as, “Genetic Sexual Attraction (GSA).”

Kutner continues: “The woman goes on to describe moving in with her father and his ex-partner (who is now their roommate), and how she must hide the relationship from her mother, who she says has not yet picked up on the fact that she and her dad are dating.”

Ah, the indifferent ease with which Kutner writes the words, “… she and her dad are dating.” This heartwarming story of love, romance and everlastingly damnable criminal reprobation “actually forces one to do some rigorous double-checking of one’s own beliefs,” she adds. “What the woman has to say about having children with her father, for instance, certainly forced me to consider my response carefully, given my own advocacy of reproductive freedom.”

And that’s what it all boils down to – that nebulous catch-all known as “reproductive freedom.” Libertine license. The left’s sacred “right” to have sex with, and/or to dismember alive in the womb, their own children. The freedom – between abortions, AIDS treatments, herpes outbreaks and Hep C shots – to otherwise copulate with whomever, or whatever, they so choose.

While shocking to many, most of us who follow the logic of not only violating God’s law, but also the natural order or things, have predicted that it will only get worse.

Virtually everything is up for grabs when man is allowed to deem what is right in his own eyes.

We’ll begin to see people start to embrace the wickedness of bestiality.  Wait, we’re already seeing that as eleven states have already deemed it “legal” and major magazines are encouraging people to engage in it.