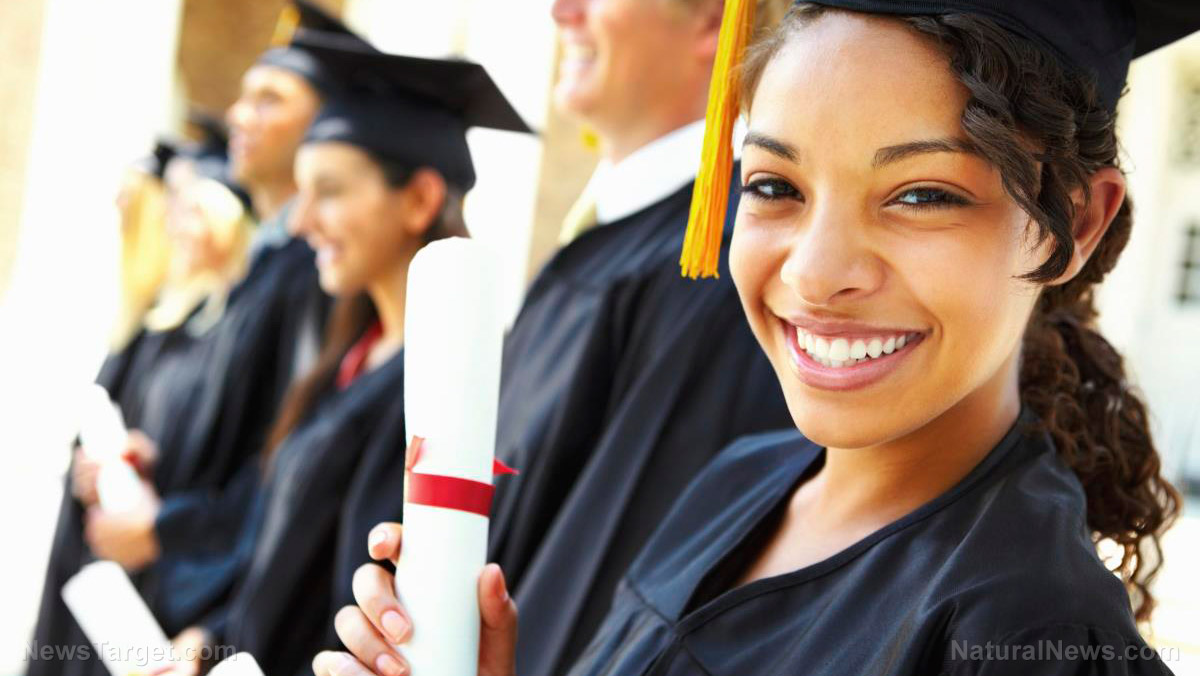 (Natural News) While at one time we were all taught that racism is an evil that has no place in American society, it has quietly become acceptable especially in certain political, entertainment and academic circles — as long as the racism is directed at white people.

That is essentially the norm in Left-wing academia today, as reported by The College Fix, which notes that an increasing number of college and university professors not only purposely discriminate against whites (and males in particular) but justify it as necessary and proper:

The backlash may be new, but the method is not.

Controversy erupted recently after tweets from an Ivy League teaching assistant showed her admitting she only calls on white male students as a last resort.

“I will always call on my black women students first. Other [people of color] get second tier priority. [White women] come next. And, if I have to, white men,” University of Pennsylvania teaching assistant Stephanie McKellop tweeted in October.

Her tweet highlighted a teaching method that is called the “progressive stack,” where professors give speaking priority to minority voices and especially minority women while others who are deemed to have ‘privilege’ have to wait (or be ignored altogether).

While McKellop’s comments brought on a firestorm of criticism and anger and prompted the University of Pennsylvania to investigate the method, she’s far from the first academic instructor to use the progressive stack in the classroom.

Use of the method, which is highly touted by supporters claiming that it gives more voice to alleged ‘oppressed’ persons of color but heavily criticized by others for its blatant discrimination, has its origins in Left-wing activism.

On further review, The College Fix reported a number of instances where academics employed the practice. Also, the site noted, one sociology professor actually told the education journal Inside Higher Ed that progressive stacking is something progressive activists actually devised at least two decades ago.

What is angering — and insulting — about the practice are its premises: That whites are somehow ‘privileged’  and that discriminating against them on that imagined basis is okay. (Related: Trump Jr: Universities are ‘captive to political hatreds.’)

Per Inside Higher Ed:

Anyone who’s ever taught a class knows some students say more than others. And most professors eventually develop some way of encouraging quieter students to contribute. In one more formal discussion-management technique, called progressive stacking, professors call on students who may be — for a variety of reasons — less likely to have their say. While every student is different, the reasons typically reflect the implicit biases observed outside the classroom, such as those related to race, gender, religion, sexual orientation or disability status. So, according to progressive stacking, a professor would call on a black or Latina woman before a white man, for example.

The presumptions made in just this single paragraph are astounding, but they form the basis of Left-wing thought regarding race these days, and that’s what is so maddening. To actually believe that whites — and white males, in particular — are somehow more “privileged” in a country where minorities are, by statute and by policy, given special treatment and ‘privilege’ in hiring, in college admissions, and in other aspects of American life is just ridiculous.

You have to want to believe such nonsense is true because there is all kind of proof that these premises are not true.

Fortunately, not all academics and professors believe in the progressive stack concept and see it for the institutionalized racism that it is.

“It’s obvious that universities feel deeply embarrassed when whistle-blowers publicize that progressive stacking is being used in their classrooms; they know that parents, alumni, legislators, and taxpayers can see how discriminatory it is, and will withdraw financial support if it continues,” said University of New Mexico psychology professor Geoffrey Miller, who denounced it and said it will further alienate schools from students and supporters alike.