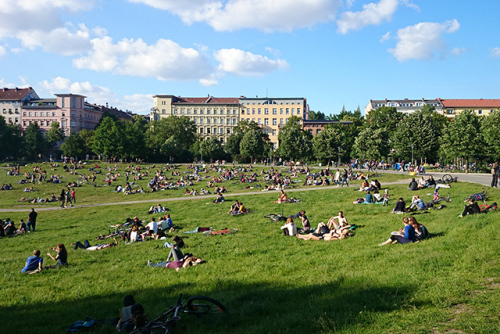 Founded in 1898, Berliner Morgenpost is a German newspaper, based and mainly read in Berlin, where it is the second most read daily newspaper.

Sebastian Geisler reports for the Berliner Morgenpost (Google Translate version here) that at 3 p.m. on Friday, November 3, 2017, a “young man” raped a pony in the children’s zoo (Kinderbauernhof) section of Berlin’s Görlitzer Park.

The bestiality was witnessed by a babysitter, who took a photo of the man during his act and immediately reported it to park management.

Amanda F. described the incident to the Berliner Morgenpost: “My babysitter was traveling with our son in Görlitzer Park and they had to watch the man rape the pony.” The babysitter no longer wants to comment on the incident because what she saw was too traumatic.

Realizing that he had been observed, the “young man” let go of the pony and disappeared into the park. But park staff, using the photo taken by the babysitter, searched for and found the man, and held him until police arrived.

The police identified the bestialist as a 23-year-old native Syrian, and charged him with violation of the Animal Welfare Act and “causing a public nuisance through sexual acts”.