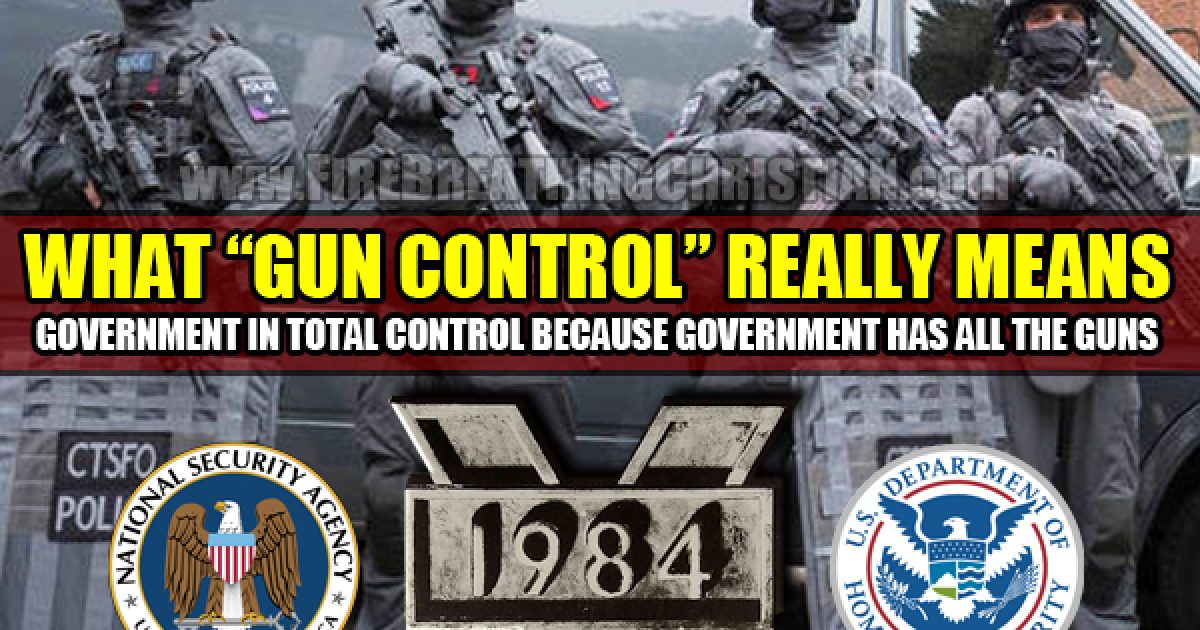 Let’s be clear about one thing: “Gun control” is not about the elimination of guns. It’s not about removing guns from the culture.

Gun control is the consolidation of dangerous weapons in the hands of the most dangerous organization in all of human history: Government.

Which leads us to democide, a term defined as “murder by government”. More specifically, “the murder of any person or people by their government, including genocide, politicide and mass murder.”

Which leads us to the literally hundreds of millions of people murdered by government in the twentieth century alone.

Let that sink in: Hundreds of millions of people.

Truth be told, nobody wants there to be guns more than Leftists.

They love for the State to have all of these things.

To impose their ideology.

To enforce their will through the coercive power of the State upon people who are, practically speaking, incapable of resistance.

Please vote (and arm yourselves) accordingly.