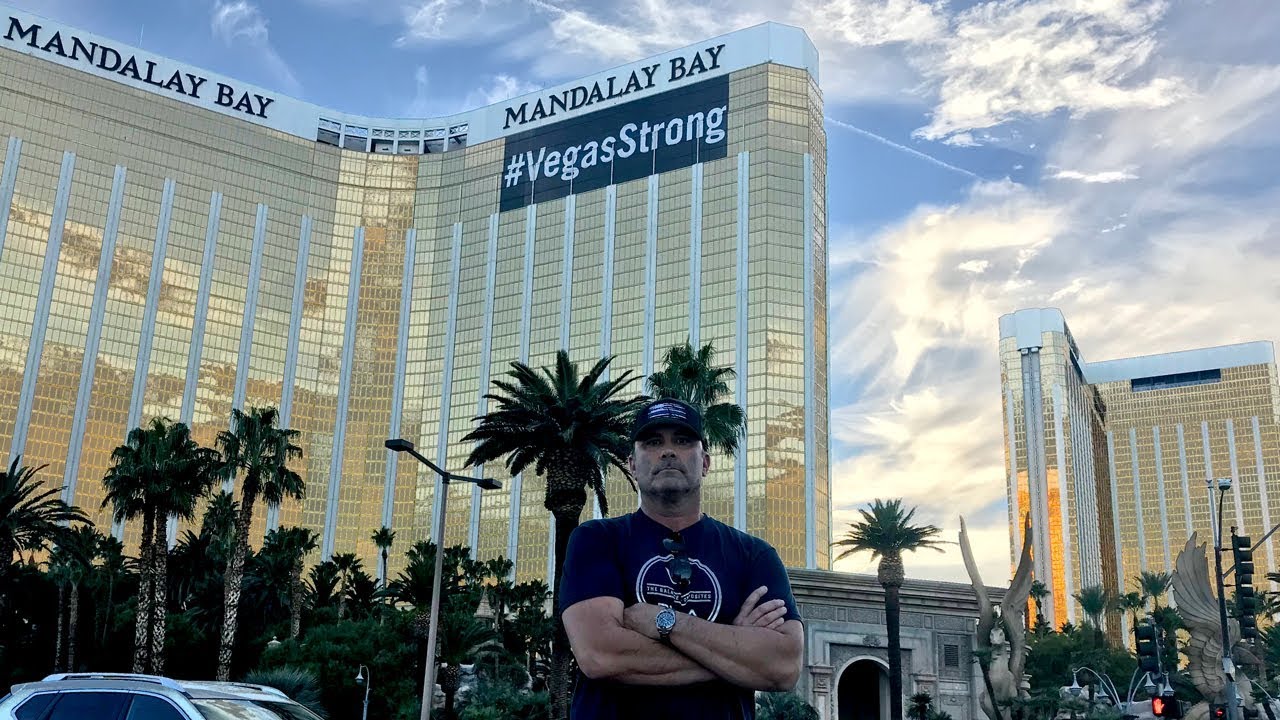 LAS VEGAS (INTELLIHUB) — Route 91 massacre survivor Joe Napoli retraced the path in which he and several of his colleagues took on the night of the massacre as they fled the concert venue along with thousands of others as volley after volley of bone-rattling gunfire pierced the air and bullets pummeled scores of innocent victims.

According to the official story, the gunfire kicked off just a few songs into Jason Aldean’s set at around 10:05 p.m. when a mad gunman reportedly opened fire from his 32nd-floor hotel room window killing 58.

During the live-stream, Napoli led Goodman and viewers down the exact path in which he and his associates took during their narrow escape.

Once Napoli arrived in the southeast parking lot of the Tropicana with Goodman he was able to point out the exact area in which he had witnessed “about a dozen” shell casings strewn across the parking lot in between 11:30 and 11:40 p.m.

“[…] I saw casings right here,” the witness said as he pointed at a specific area of the parking lot. “So there were beer cans, there were empty drink cups, and there were maybe a dozen brass inch-and-a-half to two-inch tubes spread out.”

“I don’t know how anybody else didn’t see them but we ran right over them,” he said.