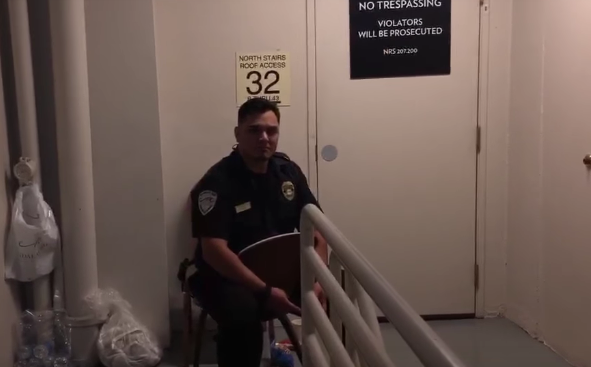 The officer’s shocking admission was captured on video by reporter Jason Goodman who was walking the hotel with Joe Napoli while live-streaming via YouTube late Sunday evening.

The security guard told Goodman that he has “no idea” if the floor was shot up or not and answered “no” when asked if he knew or had even seen Campos.

Campos was reportedly shot in the leg by Paddock while investigating a ‘door alarm’ on the 32nd-floor just moments before Paddock opened fire onto concertgoers who were attending the Route 91 Harvest Music Festival on that dreadful night.