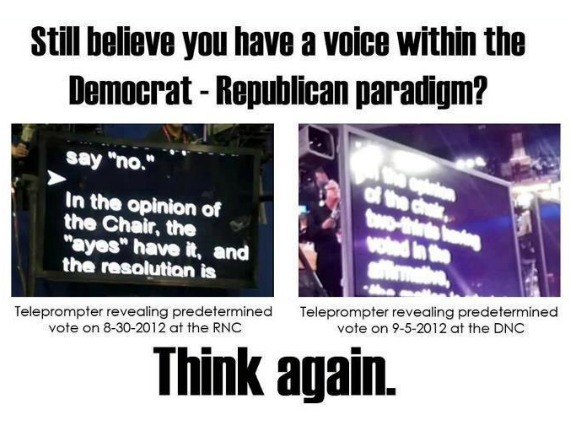 2016 was the fakest one yet. Not that it took a brain surgeon to figure that out. Sadly, this will be used as a reason to support the GOP instead, but the truth is that both parties have outright stolen the primary in recent years (Ron Paul 2012/Bernie Sanders 2016) — and denied the people their voice.

People should be outraged; things should change… but will they EVER?

P.S. – If one half of an election is rigged, the entire election is a fraud. Just because it was the other side for some this time doesn't make it less of a fraud. https://t.co/2or0UHlBF7 pic.twitter.com/7ux1UgjIq9