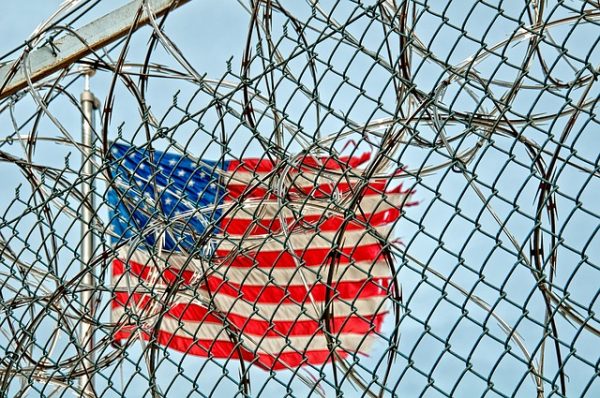 What would you do if authorities ordered your church to stop feeding the homeless?  And what would you do if your 5-year-old daughter was ordered to get government permission before setting up a lemonade stand?  Well, these things are actually happening in America today.  With each passing day, America goes further down the road toward becoming a police state.  Just yesterday, I wrote about a young mother that was threatened with arrest in California for not properly vaccinating her children.  We have entered a time when government bureaucrats are micromanaging all of our lives, and it is time for us to say that enough is enough.

The bigger government gets, the more oppressive it tends to become.  But most people don’t understand that there is an inverse relationship between liberty and the size of government.  The more government grows, the less freedoms we have, and this is true on the federal, state and local levels.

For example, all over America laws are being passed that make it illegal to feed the homeless.  Every new law, rule or regulation restricts our liberties and freedoms in some way, and in this case these sorts of laws restrict our freedom to help our neighbors in need.

Earlier today I came across another example of this.  A church in Malibu, California has just been ordered to stop giving food to the homeless…

A Malibu church that has helped the homeless for years has been told to stop feeding people down on their luck.

CBS2’s Craig Herrera spoke to the people at the United Methodist Church about the request.

At various times, the church can serve as many as 70-100 people. They have been serving the meals on Wednesdays since 2014.

Sadly, this feeding program is being shut down right after Thanksgiving when people will need it the most.

This is really a pet peeve for me.  I don’t care how many laws they try to pass, if I see someone in need I am going to try to feed them.  Helping those that are hurting is always the right thing to do, and the government control freaks that are trying to shut this feeding program down should immediately resign from their positions.

Another pet peeve of mine is when authorities try to shut down lemonade stands run by young children.  This happened yet again just the other day in Porterville, California…

In Porterville, California, a five-year-old girl who set up a lemonade stand to raise money to buy herself a new bike has been told four months later that she needed a business license to do it.

Her mother received the warning in a citation from city hall which asked her to send back $59, the local fee for applying for a new license plus a fine.

Thankfully the authorities apologized in that case, but in many other cases around the nation that has not happened.

Our founders wanted to create a nation where individual liberties and freedoms would be maximized.  That is why they intended for government to be limited, but over time we have swung the pendulum completely in the other direction.  We desperately need to rediscover the benefits of limited government, and that is one of the key pillars that I am running for Congress on.

If we continue to go down the path of big government, eventually we will end up like other “socialist paradises” around the globe.

For instance, China has become such a police state that they are actually instituting a “citizen score” for every single person in the country…

China has already implemented its Citizen Score on a voluntary basis but this month government officials released details about how the program will operate in 2020 when it becomes compulsory for all Chinese citizens.

For those who may be curious, think of the Citizen Score, sometimes referred to as a trust score, as akin to a credit score but one that encompasses every conceivable aspect of one’s life. Buy video games and your score drops because the government assumes you are idle, buy diapers and it rises because you seem more stable.

Is that the kind of society you want?

If not, we have got to fight for the future of America while we still can, because the left very much wants to take us down that road.

I do not want a Big Brother police state micromanaging all of our lives, and you shouldn’t either.

America is supposed to be “the land of the free”, and it is time for us to fight to make that a reality once again.