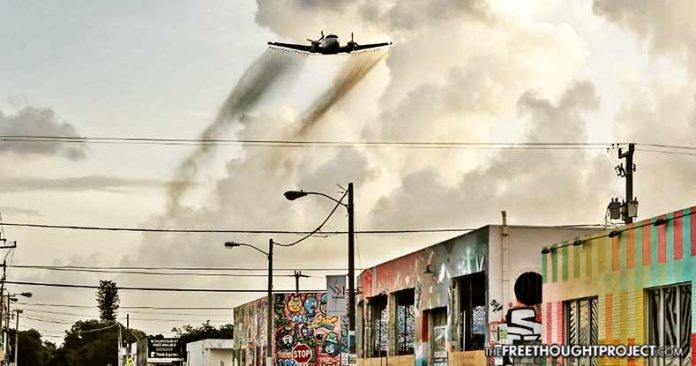 Newkirk, OK – The Department of Homeland Security plans to conduct chemical and biological testing near the border between Kansas and Oklahoma in January and February, and again in June and July, to determine how much protection people would receive from being inside a house or an apartment in the event of a biological terrorist attack, according to a statement on the Homeland Security website.

The study is part of the Department’s ongoing commitment to preparedness and the shared responsibility of protecting the nation’s critical infrastructure. The purpose of this study is to gather data that enhances our predictive capabilities in the event of a biological agent attack.  Specifically, this work will help in predicting the extent to which an intentional release of a biological agent may penetrate single family and multi-family structures. These tests will release inert chemicals and biological materials that will be used to measure the amount of material that penetrates the buildings under varied conditions.

The environmental assessment of the proposed “low level outdoor release” of inert chemical and biological simulant materials states that low concentrations of particles will be released at two buildings on the now-abandoned Chilocco campus.

According to a report by the Wichita Eagle:

For the particle test, the federal government plans to release titanium dioxide, which it describes as a “white odorless powder that is chemically insoluble in water, nonreactive, nonflammable, and nonhazardous.” It also plans to release urea powder mixed with a CL Fluorescent Brightener.

For the biological portion of the test, it plans to release genetic barcoded spores of a biological insecticide known as native Btk, which is sold under the trade name of Dipel. Dipel is not considered a hazard by the Environmental Protection Agency when handled appropriately, according to the assessment.

Of course, the EPA has been caught colluding with major agro-chemical companies and lying to Congress—so they shouldn’t likely be taken at their word.

Interestingly, while the U.S. government claims the chemicals used in the testing won’t adversely impact human health or the environment, the EU has proposed to classify titanium dioxide as a carcinogen—meaning that it is suspected of causing cancer – specifically when inhaled.

Kansas Congressman Ron Estes, in response to the planned chemical and biological testing, said federal agencies, “need to be 100 percent certain this test is safe for the residents of south-central Kansas,” noting that he has “numerous questions.”

Estes serves on the Houses Committee on Homeland Security, and in a statement released on Thursday, said that he is “monitoring the situation very closely.”

“I have numerous questions regarding this proposed test,” Estes said. “While it’s important for our federal agencies to test their abilities in response to threats, we need to be one hundred percent certain this test is safe for the residents of south central Kansas.”

The proposed test site at the Chilocco campus is near the Kansas/Oklahoma border, about 6 miles south of Arkansas City and about 55 miles southeast of Wichita. Wind typically blows out of the south, which could carry airborne particles into Kansas, according to the Wichita Eagle.

The city of Arkansas City posted a statement on its Facebook page Thursday saying it was it was unaware of any proposed testing at Chilocco, and they were looking into the situation.

“This is the first time the city has been made aware of any testing to occur at Chilocco,” the statement said.

“Inert means chemically inactive, which means by definition there should be no risk to the citizens. However, we are looking into the situation to gather more information for our citizens and their safety.”

The public has 30 days to submit comments on the environmental assessment to Homeland Security about the proposed tests by email at [email protected] or by mail to:

The deadline for comments is Dec. 8.

Please share this article to raise awareness, and email the DHS to let them know how you feel about chemical/biological testing being carried out on the American public.