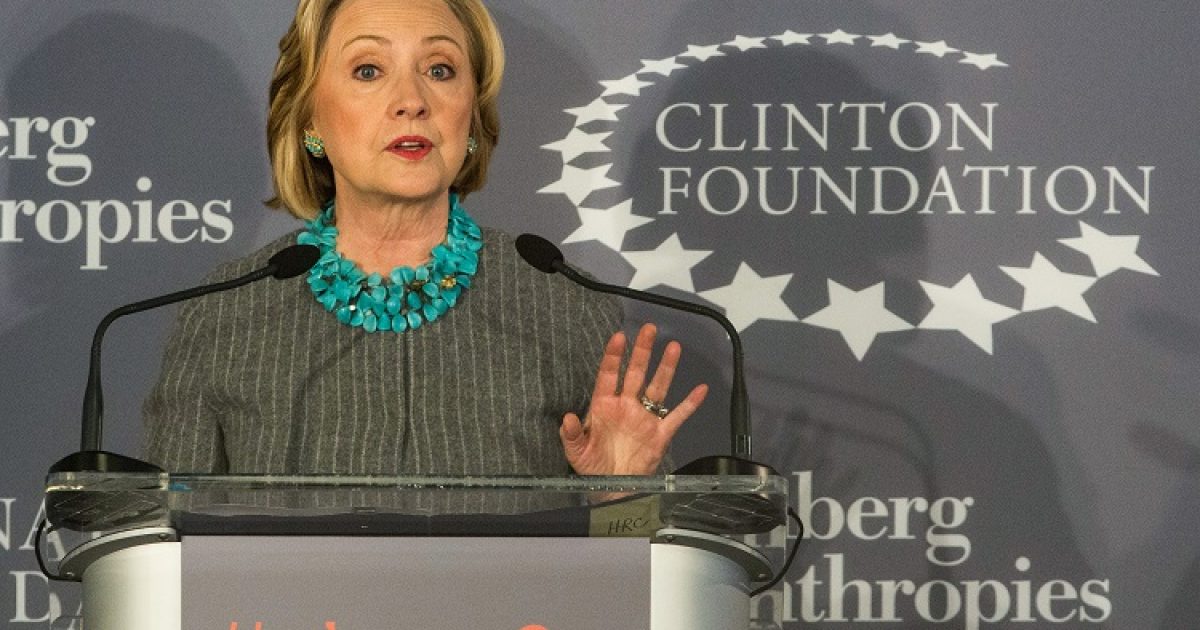 On Tuesday, Attorney General Jeff Sessions sent a letter to the House Judiciary Committee on Monday night in which he informed them that he authorized senior prosecutors at the Justice Department to evaluate whether allegations regarding the Clinton Foundation and the sale of a uranium company need to be investigated.

The letter was in response to a request to appoint a special counsel by Republicans on the committee.

ABC News obtained a copy of the letter and reports:

Republicans are raising questions because around the same time, business associates of Uranium One donated millions of dollars to the Clinton Foundation.

Sessions had pledged to steer clear of Clinton-related investigations, announcing in March that he would recuse himself “from any existing or future investigations of any matters related in any way” to Clinton’s or Trump’s 2016 presidential campaigns.

Goodlatte had also raised questions about the handling of the Clinton email investigation.

Boyd informed Goodlatte that the Department of Justice forwarded a copy of the letter to the department’s inspector general, which is investigating former FBI Director James Comey’s and former Attorney General Loretta Lynch’s handling of the matter.

It’s so clear that Clinton broke the law in the email server scandal, that even the FBI acknowledged it.

Her criminal activities regarding that email server not only put sensitive information in the hands of her maid, but also resulted in the death of at least one American.

On top of that, the crookedness of the Clintons could easily be proven if there was someone who was actually interested in justice rather than political gain.

The issue of Uranium One has a plethora of documentation, including documents obtained by the Bundys during the Malheur Wildlife Refuge protest of 2016. There are lots there if Sessions and his team want to take a look.

We also know that our government is using the Bureau of Land Management to grab land and hold it, since it is incredibly valuable, as we’ve demonstrated in the case of the Hammond ranch family.

Don’t forget all of the colluding we’ve seen so far with Russia. It hasn’t come from the Trump campaign, but rather straight out of the Obama-Clinton machine and the Democrat Party.

Here’s the thing to keep in mind, the letter from Sessions only indicates that the DOJ will consider an investigation, not that it actually will investigate.

We’ll see if this goes beyond mere political ploy to actually bringing justice.