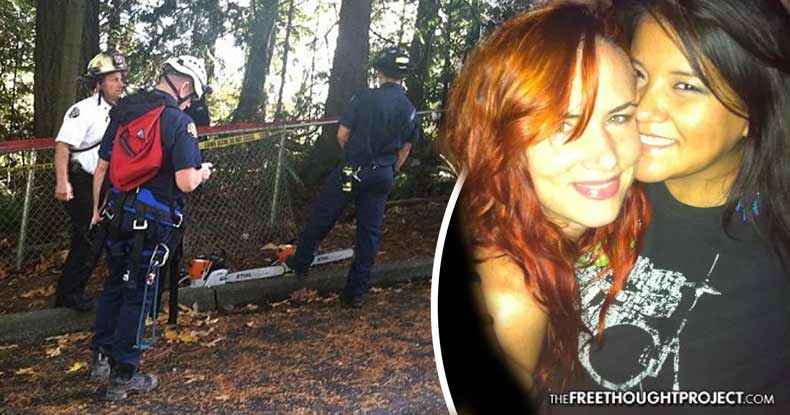 Charles Upham, the father of Misty Upham, the Hollywood actress known for her roles in August: Osage County and Django Unchained, spoke out recently about the alleged rape of his daughter and the horrifying problem that is Hollywood sexual abuse.

Charles noted that although Hollywood found a “poster boy” in Weinstein to “ease the conscience of high society for a while,” that the problem is persistent and “not an isolated incident.”

“This is an institutional problem that exists in in many Organizations and Corporate America including Religious Orders, Law Enforcement, Politics, Education, Federal, State and local Governments,” wrote Upham in a bombshell Facebook post. “The victims are not just women; they include men, elderly, mentally ill, children (male and female) of all races and even some animals.”

Upham went on to explain how his own daughter fell victim to this abuse and it happened as Hollywood’s elite cheered it on as if it “were a beer drinking contest.”

My daughter, Misty Upham, was a victim of rape by a Weinstein Executive in 2013 at the Golden Globe Awards. The rapist forced her into the men’s room and had his way while other men in formal wear cheered him on as if he were chugging a beer in a contest. As Misty made the walk of shame back to the event, the Exec was given high fives, bragging rights and another notch in his Weinstein Co. belt. What should have been an auspicious occasion for Misty turned into a nightmare of pain, humiliation, fear and anxiety.

After her rape, Upham explained how he and Misty’s mom pleaded with her to press charges. However, Misty was petrified of doing so.

In a shocking revelation, Charles noted that they have DNA evidence of the crime.

Her mom and I pleaded with her to press charges since she still has the torn green dress she wore with the DNA all over it. Misty was afraid to pursue charges because she knew Harvey Weinstein could protect his constituency and ruin her existence.

Misty was not only worried about her career but she was worried about actual physical harm that may come to her for speaking out against Weinstein.

Misty’s experience with Harvey Weinstein left her with the impression that he was a powerful man with many influential connections and could make people disappear. Once while riding in a limo with Quentin Tarantino, Harvey Weinstein and his assistant, somewhere between Salt Lake City and Park City, Utah, the assistant interrupted Weinstein and Tarantino’s conversation in a matter of urgent business; at which point Harvey Weinstein ordered the driver to stop and subsequently kicked his assistant out of the car in the middle of no where during a snow storm amidst subzero temperatures. Misty commented, “What if he freezes to death?” Weinstein retorted “ Somebody will come along and pick him up!”

Indeed, a year after the alleged rape at the Golden Globe Awards, Misty Upham “disappeared.” On October 5, the Django Unchained actress went missing from her Auburn home. On October 16, friends and family searching for Misty found her body in a ravine near the White River, about 30 miles south of Seattle.

The medical examiner ruled her cause of death due to blunt force injuries to her head and torso.

After she died in 2014, police said her death was caused by a fall and they do not know what happened. Her father immediately noted that it was not suicide, however.

“She has said suicidal things in the past but never followed through,” he said at the time. “She doesn’t believe in killing herself. She believes that is a sin and she would never do that.”

Mysteriously enough, as the Daily Mail reported, in the days after the discovery of Misty’s body, her family came out with claims that the 32-year-old woman fell to her death by accident while running away from police. Upham’s parents alleged that the Native American actress had been mistreated and that the Auburn Police Department did not take her disappearance seriously.

Charles noted specific examples of how Misty was abused at the hands of the police.

“Misty was afraid of the Auburn PD officers with good reason. In an incident prior to her disappearance, the Auburn PD came to pick up Misty on an involuntary transport to the ER.

“She was cuffed and placed in a police car. Some of the officers began to taunt and tease her while she was in the car.

“Because it was dark they couldn’t see that we, her family, were outside our apartment just across the street witnessing this behavior.

“They were tapping on the window making faces at her. Misty was crying and she told them ‘you can’t treat me like this I’m a movie actress and I will use my connections to expose you.’

“Then another officer walked up to her asked ‘are you a movie star? Then why don’t complain to George Clooney!’”

As TFTP reported earlier this month, Harvey Weinstein reportedly employed ex-Mossad agents to track, intimidate, and otherwise silence his victims and journalists who were going to expose his alleged abusive behavior. Could he have used these same connections and had a hand in Misty ‘falling’ off this cliff?

To this date, the official report from the medical examiner is that  “the manner of her death – whether by foul play, suicide or accident – could not be determined.”