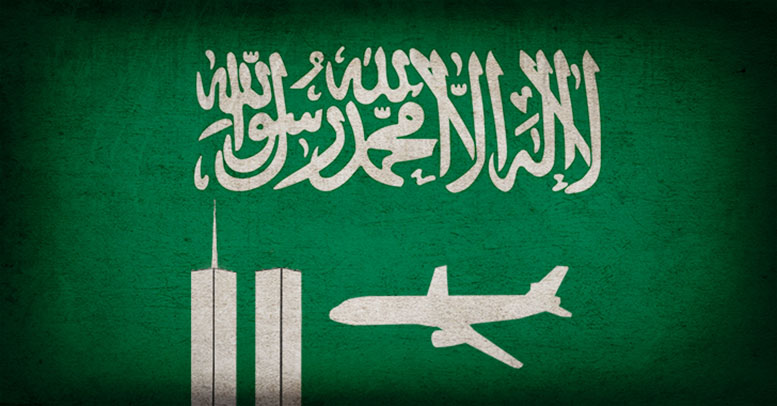 Sworn testimony from a former FBI investigator claims the 9/11 Commission lied to the American public regarding the relationship between the hijackers and Saudi Arabia.

The question over exactly what role the Saudi Kingdom played in the terror attacks of September 11, 2001 is once again a hot topic. The Saudi Kingdom has long been suspected of financing the 9/11 hijackers. A fourteen-year-old lawsuit brought forth by the “9/11 Families and Survivors United for Justice Against Terrorism” seeks to hold the Saudi Kingdom accountable for the attacks. Meanwhile, the Saudi government continues to deny any involvement and calls for the lawsuit’s dismissal.

Now, The Florida Bulldog reports that a new sworn statement from a former FBI agent has once again called attention to the involvement of the Saudi Kingdom. In a six-page statement provided as part of the lawsuit against Saudi Arabia, retired FBI agent Stephen K. Moore says the 9/11 Commission has provided the American public with incorrect statements regarding the FBI’s investigation. Moore is a 25-year veteran of the FBI who retired in 2008. He also led the FBI’s PENTTBOM, or “Pentagon/Twin Towers Bombing Investigation,” a 400-member task force responsible for investigating the 9/11 attacks.

Specifically, Moore disputed statements made by the 9/11 Commission regarding the FBI’s investigation into two Saudi hijackers – Nawaf al-Hazmi and Khalid al-Mihdhar, two of the five men accused of crashing American Airlines Flight 77 into the Pentagon. Moore’s statements deal with Hazmi and al-Mihdhar’s connection to Saudi diplomat Fahad al-Thumairy and Omar al-Bayoumi.  Thumairy was an Imam at a Los Angeles mosque with extreme views while Bayoumi was a suspected agent of the Saudi government posing as a student.

“I have read the statements in the 9/11 Commission report that ‘we have not found evidence that Thumairy provided assistance to the two operatives (Hazmi and Mihdhar).’ In light of the proof assembled in our investigation this statement is incorrect. There was clearly evidence that Thumairy provided assistance to Hazmi and Mihdhar,” Moore said in the statement.

Here are more excerpts of Moore’s statement as reported by The Florida Bulldog:

“Based on evidence we gathered during the course of our investigation, I concluded that diplomatic and intelligence personnel of the Kingdom of Saudi Arabia knowingly provided material support to the two 9/11 hijackers and facilitated the 9/11 plot. My colleagues in our investigation shared that conclusion.”

“We learned that the al Qaeda plotters were methodical in their preparations for the attacks and would not have sent Hazmi and Mihdhar to Los Angeles without a support structure in place,” Moore said. “Neither Hazmi nor Mihdhar could speak English. They were completely unfamiliar with life and customs in the United States and lacked even the most basic skills to begin pilot training. They would have had zero chance for success without a support structure.”

Interestingly, The Florida Bulldog reports that an FBI report obtained by a previous Freedom of Information Act request describes “an active investigation by federal agents and prosecutors in New York targeting a support network for Hazmi and Mihdhar.” Despite this investigation and claims that the authorities were considering filing charges against an unnamed suspect for providing material support to the hijackers, no such charges ever materialized. The declassified portions of the FBI report list three “main subjects” including the aforementioned Thumairy and Bayoumi. However, The Florida Bulldog reports that the name of the third suspect was withheld for “national security.”

Who is this third accomplice? Why were charges never filed? Why would revealing these names endanger national security? We will likely never know because, as Stephen K. Moore notes in his statement, “much of the PENTTBOM investigation remains classified.”

Activist Post recently reported that the 9/11 Families and Survivors United for Justice Against Terrorism sent a letter to President Trump asking him to clarify his position on Saudi Arabia and its role in the terror attacks of September 11, 2001. “This letter is inspired by news reports that today you met with Saudi Deputy Crown Prince Mohammed bin Salman al Saud,” reads the letter from Terry Strada, a widow and the national chair for the 9/11 Families & Survivors. Strada’s letter continues:

As you know, the Kingdom of Saudi Arabia is a defendant in our lawsuit because of the involvement of its agents in supporting the 9/11 hijackers, and for support that flowed to al-Qaeda through institutions the Kingdom established and funded to spread a radical form of Islam that lies at the root of both al-Qaeda and, more recently, ISIS. Despite mounting evidence, the Saudis have refused to accept accountability for their actions and the injury they have caused across the globe.

The latest revelations in the 9/11 families lawsuit should serve as yet another reason why the United States should cut all relations with the terrorist nation. Unfortunately, with the current administration, I wouldn’t hold my breath.