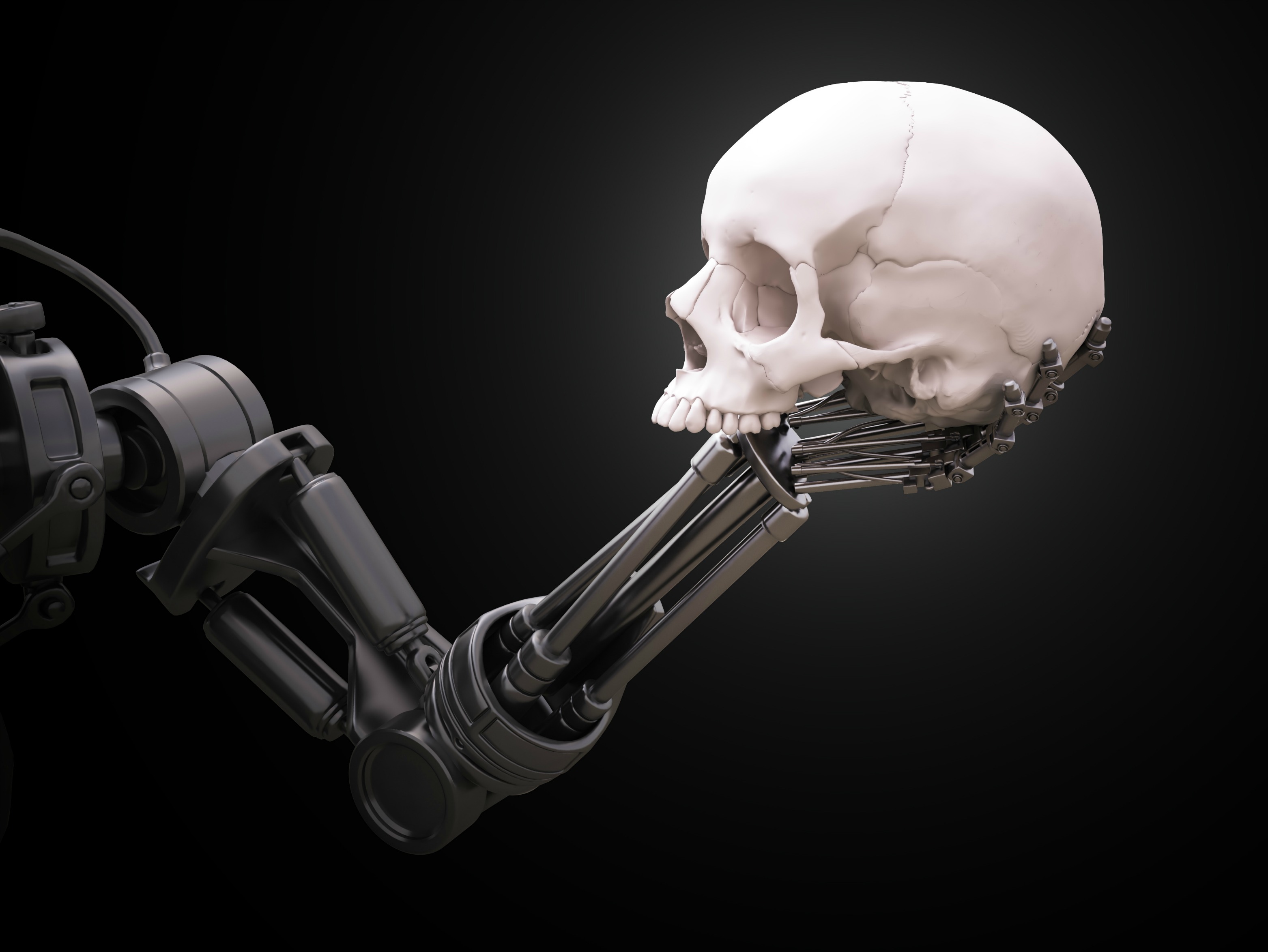 Have you noticed all of the news lately about artificial intelligence and robotics, including some things that sound like absolutely terrible ideas? It’s like scientists are deliberately trying to bring on a robot apocalypse. They clearly don’t watch the same movies that I do.

People are getting more and more onboard with this type of technology. From Alexa to Siri, humans are interacting with artificial intelligence on a regular basis. Siri makes jokes, making the voice from your phone seem more human. It all seems so non-threatening until you look a little deeper.

With robotic exoskeletons, scientists are handing over superior strength, agility, and endurance to human beings.

For example, Ford has been rolling out robotic exoskeletons for their workers in an attempt to battle human weakness. The wearable technology is called the EksoVest and it increases upper body strength, supports the arms, decreases fatigue, and reduces the chance of injury.

It’s related to technology created by DARPA, which has been trying to create supersoldiers with robotic technology for decades.

Over the years, DARPA has invested billions into exoskeleton suits for ground troops. This wearable robotic system gives soldiers the ability to carry heavier objects, run faster, and even leap over large obstacles. (source) Imagine trying to take on an enemy (or rogue soldier) who basically has superpowers.

Gosh, what could possibly go wrong with this?

Then we have a computer scientist who is deliberately creating AI with mental illness.

This tortured artist of an AI is called DABUS, short for “device for the autonomous bootstrapping of unified Sentience.” It was created by computer scientist Stephen Thaler, who used a technique called “generative adversarial networks” to mimic the extreme fluctuations in thought and emotion experienced by humans who suffer from mental illness…

…Their process triggers ‘unhappy’ associations and fluctuations in rhythm. The result is an AI interface with symptoms of insanity.

“At one end, we see all the characteristic symptoms of mental illness, hallucinations, attention deficit and mania,” Thaler says, describing DABUS’s faculties and temperament. “At the other, we have reduced cognitive flow and depression.” (source)

What could possibly go wrong with an incredibly smart, astonishingly powerful creation that is deliberately affected by mental illness?

Sophia is a robot who was recently granted Saudi Arabian citizenship, providing her with more rights than Saudi Arabian women have. (source) Sophia has been making the media circuit and lots of people think the human-like robot is just awesome.

Sophia is Hanson Robotics’ latest and most advanced robot. She has also become a media darling, having given numerous interviews to multiple media outlets, sang in a concert, and even graced the cover of one of the top fashion magazines. One of her interviews has generated billions of views and social media interactions. She has also shown her potential in business, having met face-to-face with key decision makers across industries including banking, insurance, auto manufacturing, property development, media and entertainment. In addition, she has appeared onstage as a panel member and presenter in high-level conferences, covering how robotics and artificial intelligence will become a prevalent part of people lives.

Sophia is an evolving genius machine. Her incredible human likeness, expressiveness, and remarkable story as an awakening robot Over time, her increasing intelligence and remarkable story will enchant the world and connect with people regardless of age, gender, and culture. (source)

Her creator says that at some point, he believes robots could be indistinguishable from humans and he seems assured of Sophia’s benevolent intentions. But quite recently, Sophia gave people a glimpse at what many believe could be the robot’s true intentions.

It has 62 different facial and neck mechanisms to create natural-looking movement as well as a patented silicon skin.

Inside its eyes are cameras that are capable of facial recognition – meaning it can look you in the eye when it threatens to destroy your species. (source)

It’s rather unsettling that this is just “an early model.” Can you imagine what the more advanced models will be like?

Are we headed toward a robot apocalypse?

If it makes you feel better, Steve Wozniak, the co-founder of Apple, finds comfort in the fact that the robot overlords will keep humans as pets.

…Steve Wozniak said artificial intelligence being in charge of everything is actually a comforting thought, and it’ll be great when we “will probably treated in a similar fashion to dogs” by robots…

But, he said, they won’t eradicate us like in the The Terminator

movies because humans are part of nature, so we have to be kept:

“They’ll be so smart by then that they’ll know they have to keep nature, and humans are part of nature,” he continued. “So I got over my fear that we’d be replaced by computers.”

Wozniak believes robots will helps us because we’re the “gods originally.”

But, many folks who are really in the know have voiced concerns that artificial intelligence could signal the end of humanity.  Dr. Stephen Hawking has been ringing the warning bell for years now. In 2014, he told the BBC:

The development of full artificial intelligence could spell the end of the human race. It would take off on its own, and re-design itself at an ever-increasing rate. Humans, who are limited by slow biological evolution, couldn’t compete, and would be superseded. (source)

Hawking isn’t alone. Elon Musk, the founder of SpaceX and Tesla Motors, warned that we could see some terrifying issues within the next five years:

The risk of something seriously dangerous happening is in the five year timeframe. 10 years at most. Please note that I am normally super pro technology and have never raised this issue until recent months. This is not a case of crying wolf about something I don’t understand.

The pace of progress in artificial intelligence (I’m not referring to narrow AI) is incredibly fast. Unless you have direct exposure to groups like Deepmind, you have no idea how fast — it is growing at a pace close to exponential.

I am not alone in thinking we should be worried.

The leading AI companies have taken great steps to ensure safety. They recognize the danger, but believe that they can shape and control the digital superintelligences and prevent bad ones from escaping into the Internet. That remains to be seen… (source)

But that isn’t all Musk had to say. In the video below he put it even more strongly: “With artificial intelligence, we are summoning the demon.”

Watch this video for some chilling hints at what could be headed our way.

If an EMP doesn’t get us first, it seems like the apocalypse that preppers need to get ready for could look a lot like The Terminator franchise.