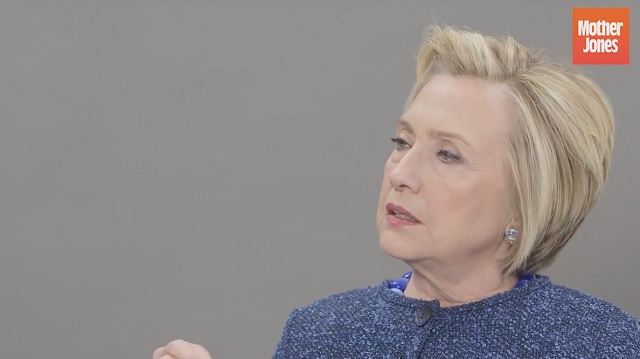 Hillary Clinton on Wednesday warned that if President Trump directs his Justice Department to investigate her role in a 2010 sale of a uranium company, it would be “a disastrous step into politicizing the Justice Department.”

“This is such an abuse of power,” Clinton said in an interview with Mother Jones, following reports that the Justice Department is considering appointing a special counsel to investigate.

“I regret if they do it because it will be such a disastrous step to politicizing the justice system,” she said. “If they send a signal that we’re going to be like some dictatorship, like some authoritarian regime, where political opponents are going to be unfairly, fraudulently investigated, that rips at the fabric of the contract we have, that we can trust our justice system.”

That’s all the DOJ has been doing for decades. That’s why no one trusts our “justice system.”

Prosecuting you for the laundry list of crimes you’ve committed would build trust in the justice system, not reduce it.