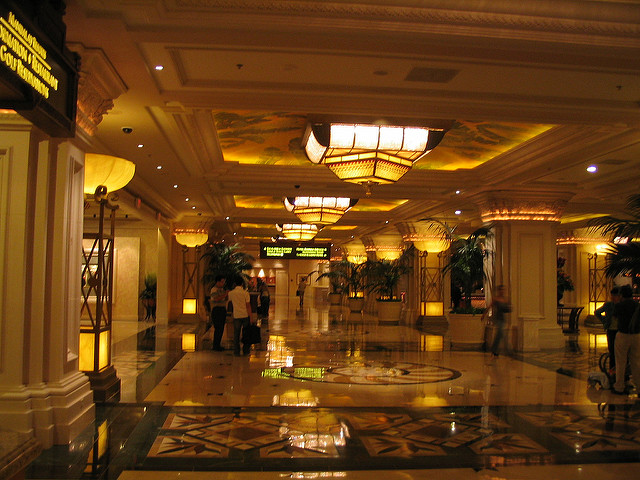 A businessman staying at the Delano Hotel on the night of the massacre says he heard shots close by, smelled gunpowder, and saw SWAT looking for more shooters

LAS VEGAS (INTELLIHUB) — A businessman who was staying at the Delano Hotel on the night of the Route 91 Harvest Music Festival massacre claims that he heard secondary gunfire close by and smelled gunpowder inside the Delano Hotel sometime after all gunfire had ceased at Mandalay Bay.

The businessman identified only as “Chuck” told investigative reporter Jake Morphonios recently that he had been up on the 63rd-floor of the Delano Hotel in the “Skyfall Lounge” earlier that night “for a drink” but had decided to go down to the casino to “play a few machines” around 10:15 p.m. where Chuck said he encountered a heard of screaming people “running” toward him.

“I didn’t know what was going on in there [the casino] at first but it was absolute pandemonium,” he said. “Then you see a SWAT team come in looking for a shooter. They were telling everyone to run because they were saying that there was a shooter down there in the complex.”

Chuck told Morphonios that he is “sure” there was more than one shooter that night because Stephen Paddock could not have been in two places at once.

“Well, first of all, they say that the guy on the 32nd-floor was done shooting by around 10:15 p.m. but the SWAT team that was engaging the shooter downstairs, the part that I personally saw, was not happening upstairs,” he explained. “They were screaming about a shooter who was downstairs.”

“This guy clearly had at least one accomplice because […] they came through the casino. I think there was more than that because these SWAT, […] or some kind of law enforcement, were over at the Delano side yelling at us to run because there was still an active shooter. This was after the stuff over in the casino,” he said.

The businessman confirms the gunfire he heard was ‘much closer’ than the gunfire that was coming from the 32nd-floor.

Chuck said that he believes the gunfire likely came from inside the corridor that connects the Delano and the Mandalay Bay and that the gunpowder in which he smelled could not have possibly come from the 32nd-floor.

Astonishingly, Chuck’s report dovetails with another eyewitness’s account which can be found in the November 7 Intellihub report titled Eyewitness to Las Vegas massacre “smelled gunpowder” in the lobby of the Delano Hotel just after the shooting, “heard gunshots from around the corner” which sounds eerily similar.