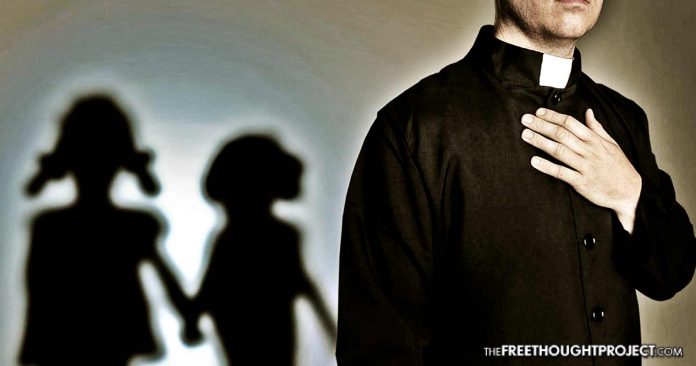 Exposing the breadth of pedophilia across the United States, three Ohio pastors have been indicted on charges of sex-trafficking children. A federal grand jury indicted the Rev. Cordell Jenkins, the Rev. Anthony Haynes and the Rev. Kenneth Butler on conspiracy to sex-traffic children. The three men have all plead not guilty, according to the Associated Press.

The superseding indictment alleges that beginning in June 2014, the three men “conspired and agreed with each other to knowingly recruit, entice, harbor, transport, provide, obtain, maintain, patronize, and solicit” a girl who was 14 years old at the time, as well as other minors to engage in paid sex acts, according to the Toledo Blade.

If convicted, prosecutors will seek life in prison for the men, Michael Freeman, an assistant U.S. attorney, told the Blade.

The indictment alleges that the three pastors worked together to lure underage girls into sex in exchange for money. According to the U.S. attorney’s office, as early as 2014, Haynes began grooming a 14-year-old girl for prostitution. Haynes then introduced the girl to the other pastors, who also sexually assaulted the child.

According to a report by the Associated Press:

Jenkins and Haynes were arrested by FBI agents earlier this year and were initially accused of knowingly recruiting, enticing, harboring, transporting, providing or obtaining a person under the age of 18 for sex trafficking.

An affidavit indicated that Haynes engaged in sex acts on multiple occasions with a then-14-year-old girl, recording some of the encounters and then paying the teen to remain silent, telling her that she could ruin his family and his church. Haynes then allegedly introduced the girl to other men, including Jenkins, who also paid the girl to have sex, officials say.

Jenkins is also accused of paying for sex acts with another underage girl.

Butler is charged with trafficking a third underage girl between 2015 and March of 2017. That girl told investigators that she met Butler at Haynes’ church when she was 15 and that he would give her rides to his church in the Detroit area. The girl told authorities that she had sex with Butler in his car twice and that he later gave her money. He allegedly later told her to lie to the FBI if she was questioned about him.

Additionally, both Haynes and Butler face charges of obstruction of a sex-trafficking investigation. Haynes is accused of trying to destroy electronic evidence of sex-trafficking, while Butler is accused of lying to law enforcement and instructing a victim to lie to authorities.

Butler, who was not part of the original indictment, was also indicted on two counts of sex-trafficking children and one count of obstruction of a sex trafficking investigation, according to the AP.

“These three men violated the trust of these children and the communities they purported to serve,” U.S. Attorney Justin E. Herdman said in a press release. “We are grateful for the courage of the victims and the dedication of our law-enforcement personnel in bringing these men to justice.”

The Free Thought Project has covered numerous cases of people in positions trust and power—whether police officers, politicians, celebrities, or anyone else—who abuse a disparity in the relational power dynamic to coerce sexual acts. It seems clear that no institution or industry is immune from the scourge of pedophilia and those that abuse the young and vulnerable in society.