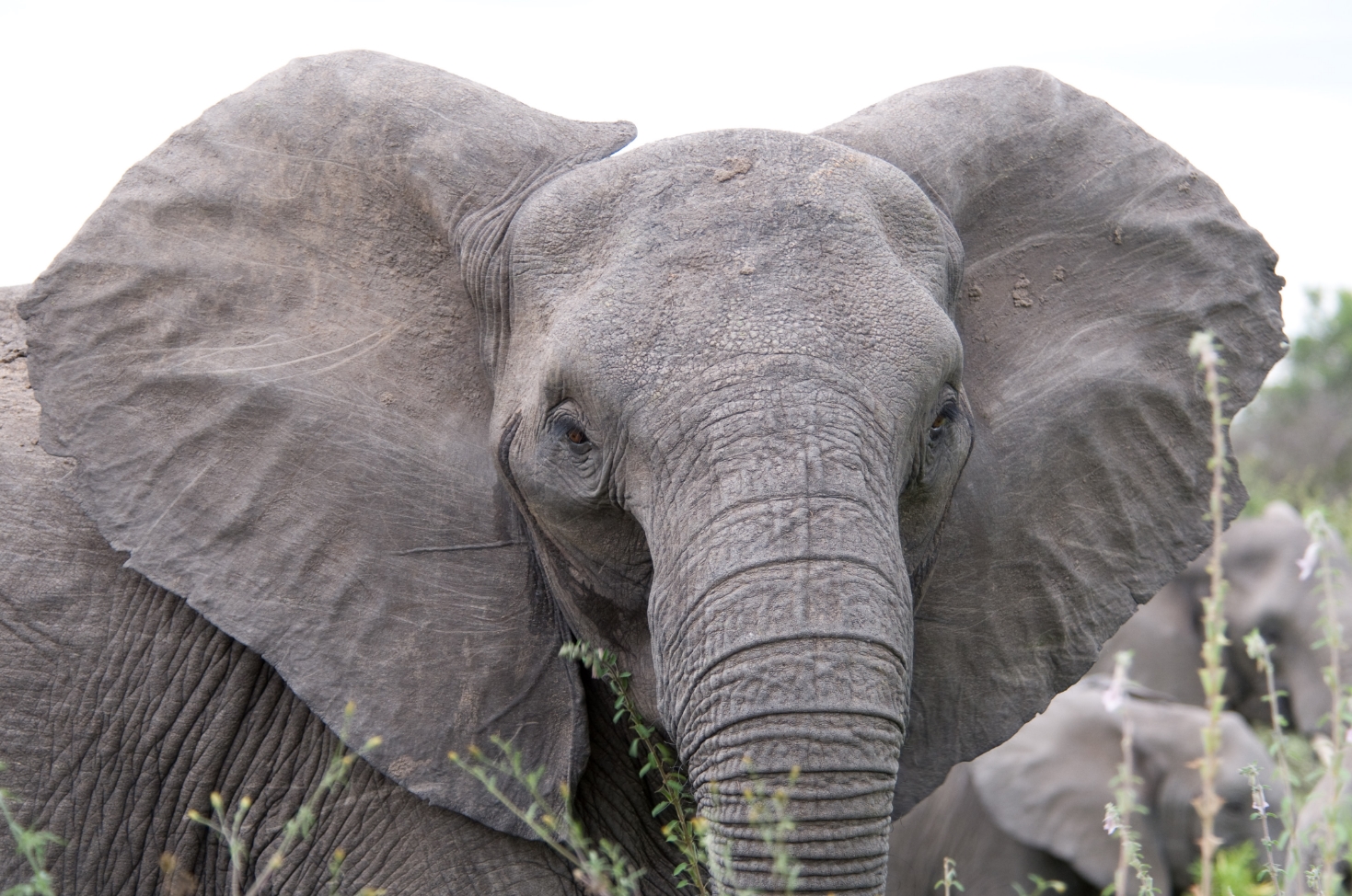 (Natural News) Believe it or not, the murder of elephants with hunting rifles is routinely called “conservation” by government regulators. (Note carefully that human depopulation is also being promoted as a way to “save the planet” these days.) After government bureaucrats at the US Fish and Wildlife department announced a recent decision to allow big game “trophies” to be imported into the United States, President Trump reversed the decision and reinstated the elephant trophy ban, reports the UK Daily Mail.

“Put big game trophy decision on hold until such time as I review all conservation facts. Under study for years. Will update soon with Secretary Zinke. Thank you!” he tweeted.

This means that U.S. big game hunters will no longer be able to bring their “trophies” back to the United States, creating a strong disincentive for them to go hunt the elephants in the first place (big game hunters think it makes them “macho” to hang the heads of dead animals on their walls). Effectively, President Trump just saved many elephants of Zimbabwe.

Now, for my take on all this:

As you probably know, I’m a long-range target shooter, trained to hit targets at 1,000+ yards with precision and accuracy. Yet I would never think of deploying such skills against an innocent, intelligent conscious being such as an elephant.

Elephants are intelligent, aware and majestic creatures. They have excellent memories, they experience emotions, and they grieve for the loss of their loved ones. In many ways, elephants display the “humanity” that now seems to be lacking in most humans. We should look to elephants for inspiration, not for target practice.

To this day, I still cannot understand how a human being can think of hunting elephants or other big game as a form of entertainment. The depth of cruelty and evil in such acts is almost too intense to accurately describe in mere words. The murder of an elephant is, in many ways, much like the murder of an innocent child. Yet all across America, the ultra-wealthy line up to murder elephants and other large game so that they might acquire bragging rights for having killed an innocent being.

Note that only the ultra-wealthy can afford to hunt big game in Africa. This is not an activity that everyday firearms owners pursue. Hunting big game probably costs on the order of $100,000+ by the time you factor in the travel, hunting guides, local licenses and all the rest. Big game hunting, in essence, is the cruel “sport” of the heartless and wealthy… people with too much time and money on their hands and no sense of empathy for the animal kingdom.

As a firearms advocate, I often encounter people who enjoy hunting animals. It has never made any sense to me, and I often try to explain to these people, “Rifles are for defending liberty, not for killing innocent animals.” The Second Amendment, after all, was actually written to protect the rights of the people to shoot tyrants, not for hunting purposes.

In Texas, where I’m based, there’s a lot of hunting of wild hogs, which are a genuine nuisance to farmers and ranchers across the South. These wild hogs tear up fields, effectively creating potholes that subsequently tear up tractors and other equipment. Because these wild hogs are such a nuisance, Texas and other states have declare “open season” on those hogs year-round. So farmers routinely shoot them, even when such efforts seem to do nothing to stem the tide of the hogs. (They reproduce rapidly and live off the wild onions in the dirt. These wild hogs are the ultimate survivalists…)

At one level, I can sort of understand other people shooting wild animals that become a strong nuisance to their own ranch operations, but I personally don’t hunt them on my ranch. I see them frequently, however. On certain days, I’ll encounter 40 – 50 of these wild hogs when walking my own animals, and just yesterday I spotted what surely must have been a 350 lb. male hog, journeying on his own. All wild hogs run from humans and seem to pose no actual risk to human beings (although they do have tusks, but I’ve never seen one attempt to attack me or any other human).

Technically, shooting one of these wild hogs is child’s play. It takes virtually no skill at all (and therefore proves nothing). So I wouldn’t even think of shooting one of these creatures as any sort of “challenge” in the first place. Anyone can easily approach these wild hogs to within 75 yards or closer, and if you can’t hit your target at 75 yards, you probably shouldn’t own a rifle in the first place.

(By the way, I do shoot rattlesnakes when I encounter them on my property. I do not shed any tears over shooting rattlesnakes, as they pose a very serious hazard to my goats, donkeys and dogs. They are also extremely dangerous to humans and can cause you to lose an entire foot or leg due to medical amputation. Importantly, when shooting rattlesnakes, you must accurately hit their head on the first shot to completely nullify them as a threat. Even half a rattlesnake can still bite you as long as their head is still functioning. Fortunately, when coiled in their striking position, rattlesnakes make a very still target that’s easy to shoot: Their rattles are going off, but they are motionless and coiled. One shot to the head instantly stops the rattle and causes the snake to collapse dead. If you’re a terrible shot and can’t accomplish this with a solid bullet, try a revolver with a .410 gauge shotgun shell in it, such as The Judge. Or just use a 20 ga. shotgun.)

Cruel to kill wild hogs for sport, but justifiable in extreme survival situations

As a prepper and practical person, I should disclose that if a total collapse event were to take place that thrust us all toward starvation due to a collapsed food supply, I might harvest a few wild hogs for meat (for myself as well as my dogs), but shooting a wild animal is never something I would pursue as “sport” or “entertainment.” Wild hogs have consciousness, too. They are intelligent, aware and capable of feeling pain. To put any animal through the pain and suffering of being shot is an unacceptable activity except in the most dire survival circumstances, in my view.

I say all this as an accomplished shooter. I recently tied for first place in a pistol competition shoot. My battle rifle skills are well polished, and my long-range rifle skills are better than probably 99 out of 100 rifle owners, since most rifle owners have no clue how to calculate long-range ballistics to put rounds on target at extreme distances. I’m saying all this because I want you to know that just because a person is proficient in firearms doesn’t mean they enjoy shooting innocent animals. Firearms proficiency and “hunting” are not synonymous. Many anti-gun people on the Left tend to dishonestly conflate these two concepts, falsely asserting that all firearms owners are simultaneously cruel to animals. That’s a blatant lie.

My mission is the protection of life and liberty. That’s why I advocate for natural medicinewhile also being a highly proficient firearms operator. In my view, firearms should be deployed to save lives, not to take innocent life. Even in a case where firearms must be deployed to defend liberty, such actions must always be pursued only as a last-ditch defense when all other options have been exhausted.

Firearms are tools that should be used to SAVE lives, not take lives

Firearms are tools that, in my view, should be used to save lives. That’s why you will never find a big game “trophy” in my house. Nor will I ever hunt animals for entertainment purposes, as such acts stand in total violation of my principles and ethics.

Hunting is not a necessary activity to acquire very high-end proficiency as a long-range shooter, by the way. Technically, the skill that most hunters lack is mathematics. You need good math skills to compensate for real-world conditions such as wind, inclination, moving speed of the target, the cosine of the wind angle, etc. That’s because all bullets follow the laws of physics, and the laws of physics are well described by mathematics. If you suck at math, you will also suck at long-range shooting. (There are a lot of hunters in America who are terrible at math and terrible at shooting. I would tell hunters that it is highly unethical for you to hunt animals when your firearms skills are so poor, as you’re more likely to wound the animal than actually kill it. If you’re going to hunt a living creature, at least have the decency to take its life as quickly and painlessly as possible.)

My hope is that I never have to take a life with a firearm. Should that unfortunate day come — due to collapse, self-defense or national defense — I will of course deploy all the tools in my possession in the defense of life and liberty, but I won’t celebrate it. I’ll probably shed tears of sadness.

Until then, I pray that we may all live in a world where innocent beings can be free to roam without being targeted for murder. And I pray that we can live in a world where the tyranny of the deranged, totalitarian Left is held at bay so that the Second Amendment need never be activated in national self-defense. I pray that my firearms need only shoot paper and steel targets, never flesh and bone. And I pray that the Left never attempt a nationwide confiscation of citizens’ firearms, for such a proclamation would likely unleash a torrent of bloodshed across our nation, probably ending in civil war or armed revolt.