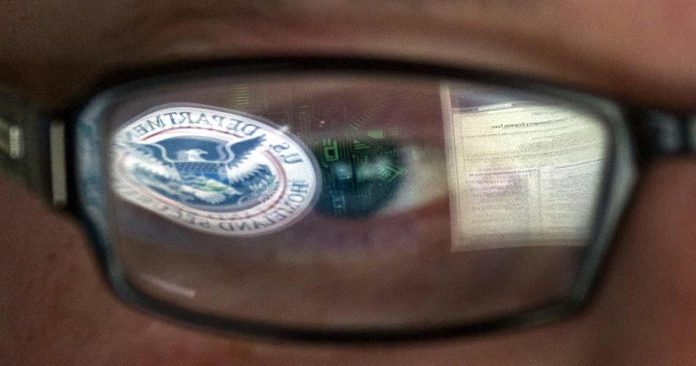 It has been over one month since the latest dangerous piece of legislation meant to infringe on Americans’ constitutional rights was introduced, and Congress is now moving forward with the bill that will have serious ramifications for all Americans by blatantly violating the freedoms guaranteed by the Fourth Amendment if it becomes law.

The USA Liberty Act has passed the House Judiciary Committee by a vote of 27-8, and as Congressman Justin Amash noted, all privacy advocates should be concerned about the overwhelming support the bill is receiving from Congress.

“The Liberty Act passed committee 27-8. It allows the government to search our private data without a warrant—in violation of the 4th Amendment,” Amash wrote on Twitter. “It’s another bill, like the Freedom Act, that furthers violations of our rights under the guise of protecting our rights.”

The #LibertyAct passed committee 27-8. It allows the government to search our private data without a warrant—in violation of the #4thAmendment. It’s another bill, like the #FreedomAct, that furthers violations of our rights under the guise of protecting our rights.

As Amash implied, the USA Liberty Act provides the opposite of “Liberty” for Americans. Instead, the purpose of the bill is to reauthorize and create additional loopholes for Section 702 of the Foreign Intelligence Surveillance Act (FISA), which is set to expire on Dec. 31, 2017.

Amash also noted that the USA Liberty Act is yet another piece of legislation that “furthers violations of our rights under the guise of protecting our rights.” He compared it to the USA Freedom Act, which was passed under similar circumstances in June 2015.

The House Judiciary has also tried to use the USA Freedom Act as a reference to its success, claiming that the bill “ended the bulk collection of data, protected civil liberties and national security, and provided robust oversight and transparency of our vital national security tools.”

However, as The Free Thought Project reported in May 2015, the USA Freedom Act “doesn’t actually end or suspend the phone records program, but simply requires phone companies to hold onto these records rather than the NSA.” It also authorized, for the first time, “the NSA, FBI, and other government agencies to unconstitutionally collect data in bulk on potentially millions of law-abiding Americans,” and it let the NSA collect “cell phone records in addition to the landline call records.”

Now, as Congress prepares to pass the USA Liberty Act, it claims the bill will “better protect Americans’ privacy” by requiring the government to have “a legitimate national security purpose” before searching an individual’s database. But what the bill does not advertise is the fact that it does not actually address the legitimate problems that exist with Section 702. The FBI’s “legitimate national security purpose” could be justified by just about any reason the agency chooses to give, and agents will only need supervisory authority in order to search Americans’ metadata.

Weeks before the latest vote, more than 40 organizations, including the American Civil Liberties Union and the Freedom of the Press Foundation, joined together in a letter to the House Judiciary Committee, condemning the USA Liberty Act.

The coalition noted that the bill fails to address concerns with the “backdoor search loophole,” which allows the government to “conduct warrantless searches for the information of individuals who are not targets of Section 702, including U.S. citizens and residents.”

“The USA Liberty Act departs from the recommendation made by the President’s Review Group on Surveillance, appropriations amendments that have previously passed the House, and urgings of civil society organizations, which would have required a probable cause warrant prior to searching the Section 702 database for information about a U.S. citizen or resident absent narrow exceptions. As written, it raises several concerns. First, the bill’s most glaring deficiency is that it does not require a warrant to access content in cases where the primary purpose is to return foreign intelligence. This is an exception that threatens to swallow the rule.”

A legislative analysis from the Electronic Freedom Foundation noted that the USA Liberty Act does not “institute adequate transparency and oversight measures,” it does not “deal with misuse of the state secrets privilege, which has been invoked to stave off lawsuits against mass surveillance,” and most importantly, it will not “curtail the NSA’s practices of collecting data on innocent people.”

The science surrounding the USA Liberty Act is nothing new—from the time the USA Patriot Act was passed on fear-based propaganda in 2001, the United States Government has used trendy names such as “Freedom” and “Liberty” as an appeal, while working with the mainstream media to politicize any and every tragic attack, in order to convince the American public that they must give up their liberties, in order to ensure temporary security.