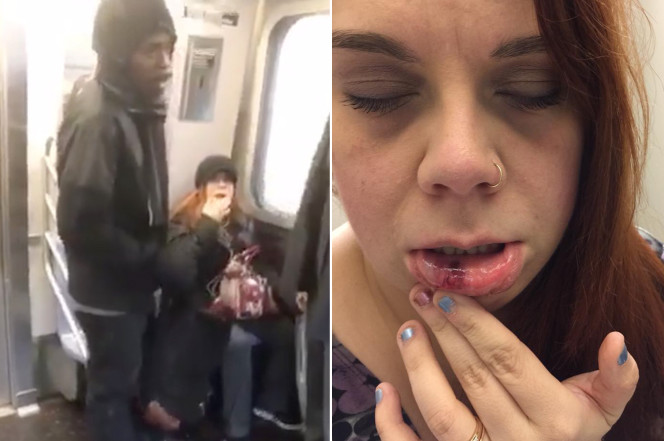 You don’t even want to know what he would have done if she told him to stop “mansplaining.”

A Good Samaritan stepped in and forced a man off a New York Subway train after he launched into a sickening rant and punched a woman in the face because she said he was ‘manspreading’.

Sam Saia, 37, said she had politely asked the man to move his legs while she was sitting on the N train on Thursday, when he erupted into a violent rage, and began swearing at her, threatening her and punched her in the mouth.

Thankfully, a fellow straphanger intervened and grabbed the attacker, forcing him off at the next stop.

This is more appropriate for public transport in Portland or San Francisco.