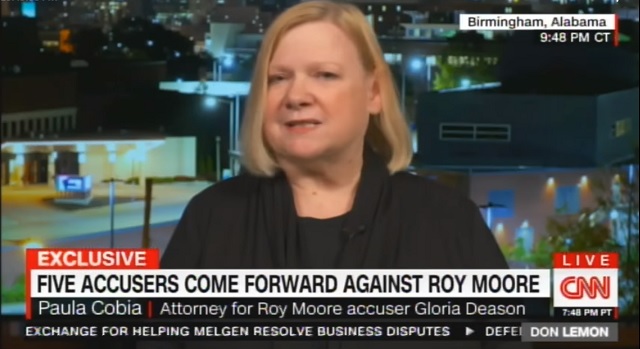 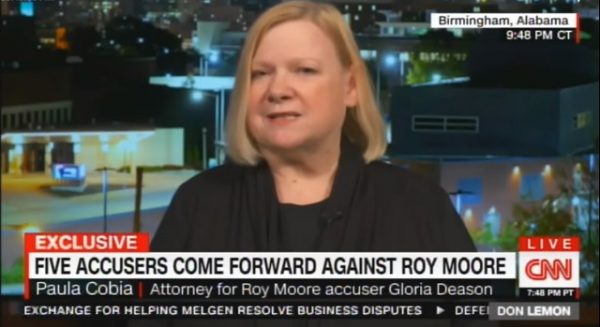 Gloria Deason, who claims she went on a few dates with Roy Moore that went no further than kissing and hugging, is a “survivor of abuse” according to her lawyer Paula Cobia.

Cobia sent this off-the-wall letter to Sean Hannity recently after he requested to have Deason on for an interview:

“Please tell Sean Hannity that I would never submit a survivor of abuse to the inevitable on-camera bullying and persecution by him,” Cobia wrote in a letter shared by IR.net on Sunday. “Mr. Hannity has belittled, defamed and engaged in an on-air intimidation campaign against the victims of Mr. Moore.”

According to Deason’s own claims, her interactions with Moore involved a few dates, the drinking of some extremely weak and fruity Mateus Rosé wine while she was one year under the legal drinking age of 19, and some kissing and hugging.

That makes her a “survivor of abuse,” according to Cobia.

Being kissed and hugged at age 18 makes you a “survivor.”

Can it get any more obvious this whole scam is purely being driven by politics?

Incidentally, Gloria Allred is also refusing to hand over the supposed yearbook he signed for independent analysis.