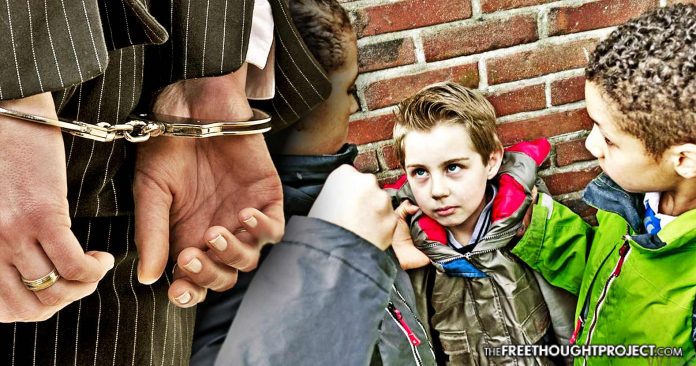 Norfolk, VA — For weeks, Sarah Sims said she called and emailed school officials repeatedly to tell them her child was being bullied at school and was never given a response. So, she took matters into her own hands and now she is facing felony charges.

Sims discovered her daughter was being bullied in late September. So, like any parent would do, she reached out to school officials for help. But she received nothing.

“The thing that bothers me the most is that I am yet to get a response from anyone in the administration,” Sims added.

After being shrugged off by the school, Sims decided that she would take matters into her own hands and catch her 9-year-old daughter’s bully.

“I tried to be fair, but it’s not fair,” said Sims. “There is nothing fair about this.”

She wanted to obtain proof that nothing was being done to help her 4th-grader, so she put a digital recorder in her backpack to capture audio from inside the classroom.

“If I’m not getting an answer from you, what am I left to do?” she asked.

Shortly after placing the recorder in her daughter’s backpack, it was found by the school who has a no electronic device policy. Her daughter was then moved to a new class and police came after Sims.

“I was mortified,” Sims said. “The next thing I know, I’m a felon. Felony charges and a misdemeanor when I’m trying to look out for my kid. What do you do?”

Local news outlet WAVY contacted the Norfolk School system for a comment and they were told because it is a pending investigation no one could comment on what happened. We were told that in elementary schools, no electronic devices are allowed.

“They aren’t making this about that classroom,” said Sims’ attorney Kristin Paulding. “[These] are charges that carry jail time.”

According to WAVY, Sims was charged with felony use of device to intercept oral communication and misdemeanor contributing to the delinquency of a minor. The felony charge could carry five years in prison.

“Instead of comforting her she’s going to a magistrate and being handcuffed,” Paulding added.

For simply listening to what her own child went through during the day via a recording device, this mother is facing a felony charge that can land her in jail. Hopefully, as her attorney notes, these charges won’t hold up in court.

“We are at the very early stages of this, but even at the early stages I think the community needs to know that this is happening because any parent out there that is sending their child to school now could be at risk for something that happened to Sarah,” Paulding said.

Sadly, TFTP has reported on mothers putting recording devices in their child’s backpack to catch bullies after the school failed to act. Megan Dowdy was one of those mothers.

Dowdy said her son had been having night terrors. She suspected something wrong was happening at school, so she placed a recording device in her son’s pocket. Her child, who’s 13-years-old and autistic, has the cognitive skills of a first-grader and the communication capacity of a kindergartener, according to Dowdy. She said his behavior at night led her to believe something terrible was happening at school. She said, “He kept getting up during the night having night terrors, screaming, having meltdowns for no reason.”

What Dowdy found with her recorder was horrifying. Her autistic son’s bully was a cop.

A Pinellas County school resource officer, serving in Osceola Middle School, was caught on audio recordings abusing the autistic child. Ironically, the officer, Ural Darling, had been celebrated as one of Florida’s top school resource officers for his work in preventing bullying. All that has since changed now that Darling has been found to be the bully, caught by the student’s mother verbally torturing the child.

He was fired in August but unlike Sarah Sims in the story above—who merely tried to catch her daughter’s bully—the officer was not charged.