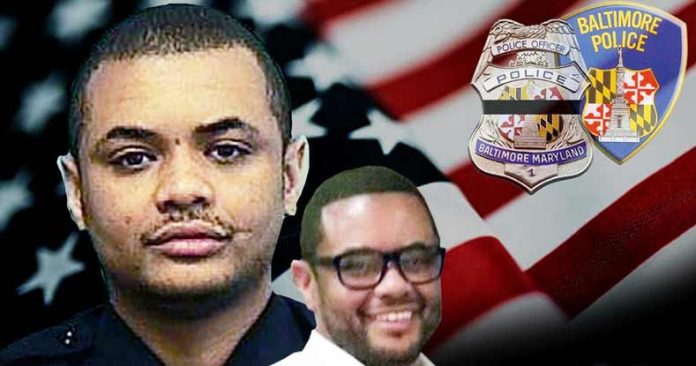 Baltimore, MD — Last week, Baltimore City Police Department Detective Sean Suiter was shot and killed while on duty and there have been no leads on any suspects. However, in the week since his death, new details to emerge about the case have brought more questions than answers. This Wednesday, Police Commissioner Kevin Davis told reporters that Suiter was set to testify against other police officers in a grand jury investigation the day after he was shot.

The commissioner was suspiciously quick to claim that the testimony was not related to the death. However, since there is no evidence or suspect, it is impossible for him to know if there is a connection. The fact that the date of the shooting was so close to the date of the testimony is highly suspicious and cause for concern, and police have released very few details about how this took place.

“I am now aware of Detective Suiter’s pending federal grand jury testimony surrounding an incident that occurred several years ago with BPD police officers who are federally indicted in March of this year. Detective Suiter was not the target of any ongoing criminal investigation,” Commissioner Davis said in a statement.

“The BPD and FBI do not possess any information that this incident … is part of any conspiracy,” he added.

According to the police, Suiter and his partner were looking for a witness from an old case when they allegedly noticed a “person acting suspiciously,” and at some point, an altercation broke out in which the suspect took Suiter’s own gun and shot him in the head. Instead of chasing after the suspect or shooting back, the partner ran away and called 911.

“While he was conducting his follow-up investigation, he observed a man engaged in suspicious behaviors. Our 18-year homicide veteran approached this man to engage him in conversation. At some point in time thereafter, our 18-year homicide veteran was shot in the head. There was another Baltimore police detective with him in that vicinity. That detective came to his aid immediately and we got him to the best hospital in the world,” Davis said.

“Upon the sound of gunfire, the partner sought cover across the street and immediately called 911. We know this because it is captured on private surveillance video that we have recovered,” he added.

The only description that the partner gave was that it was a black man in a black hoodie with a white stripe on it. Swarms of police were instantly on the scene, with a helicopter circling overhead and somehow the suspect managed to get away. The police then put half of the city on lockdown for over four days, sparking national controversy and fears of martial law.

Local publications reported that Baltimore was turned into an “open-air prison,” and the ACLU of Maryland released a statement at the time saying that they were “troubled by reports that some persons entering or leaving the area have been subject to pat-down searches and that non-residents have been barred from entering the area”.

“While the search for a killer is, of course, a high priority for the police, the limits on lawful police behavior do not disappear even when engaged in that pursuit. And at least one federal appellate court has said that a similar police cordon and checkpoint system was unconstitutional. The residents of Baltimore, and, in particular, the residents of the affected community, deserve a clear explanation from the City as to why this unprecedented action has been taken, what rules are being enforced, and why it is lawful. The need to secure a crime scene from contamination to preserve evidence does not, on its face, explain the wide area to which access has been restricted for days after the incident. On-the-ground information is scarce to those outside the cordon because access to residents, including by the media, has also been restricted,” the statement read.

Even after putting the city on lockdown for four days they still have no leads, and still no further details on why Suiter even came into contact with this person in the first place.

The case that Suiter was supposed to testify in involves eight Baltimore cops with the city’s elite gun task force, who are accused of shaking down citizens and conspiring with drug dealers. Half of the officers have pled guilty and the other four pled not guilty.

It is not clear how many other witnesses are involved in this case, how important of a witness Suiter was, or how his death will affect the outcome of the trial, but the details surrounding his murder are extremely suspicious considering how close it was to his testimony.

Baltimore police have a reputation for using strong-arm mafioso tactics to intimidate fellow officers out of turning on the gang. As we reported back in 2014, Baltimore Detective Joe Crystal became a target of intimidation for his entire department after testifying against other officers in a misconduct case. Following his testimony, he received threats from other officers and even found a dead rat on his car one day.

For a history of how corrupt, violent, and deadly Baltimore cops are, take a look at our archives here.