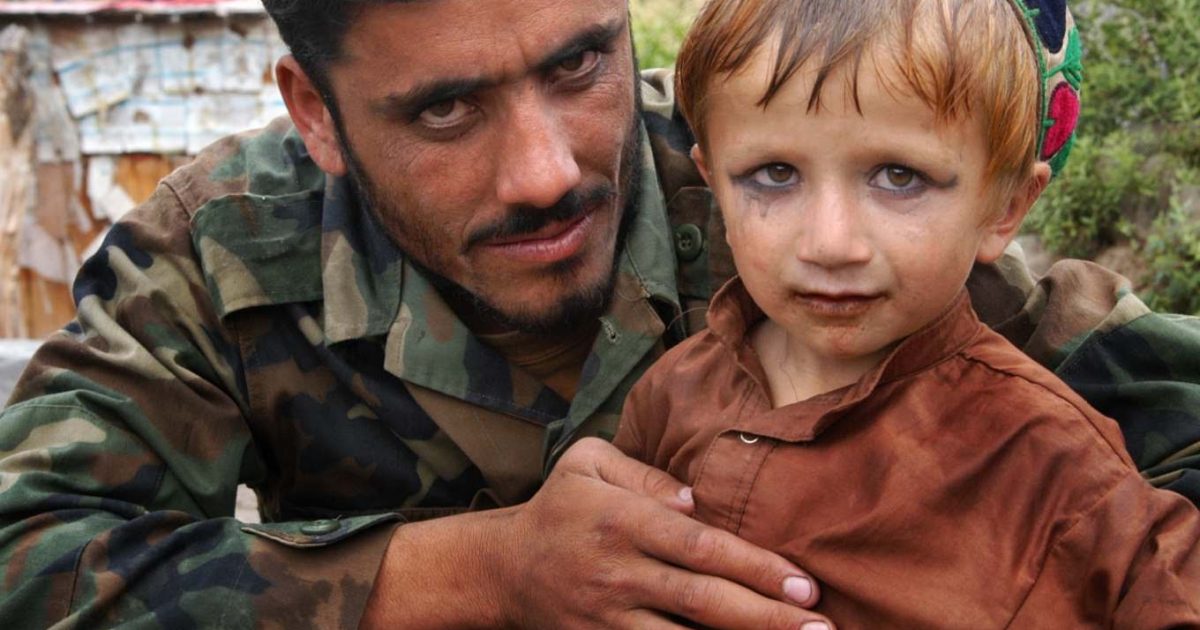 You read that right!  The nuts have taken over the nut house!

We have escaped the usurper, Barack Hussein Obama Soetoro Soebarkah, who encouraged this diabolical behavior.

We learned last week that US troops have been indoctrinated to be mindful that child sex abuse is “culturally accepted” in Afghanistan.

This is not just among the Afghan military, but among civilians as well, as we have seen several attacks by Afghans seeking asylum committing rape, child rape and sodomizing little children.

Mostly this is done to little boys in what is termed “bacha bazi,” which are often “dancing boys.”

Breitbart is now reporting that a Pentagon Inspector General says that US soldiers who intervene to stop children from being raped by Afghan soldiers may face criminal punishment.

American service members in Afghanistan have relatively recently been officially required to report when U.S. taxpayer-funded Afghan security forces sexually abuse young boys, but they are “not obligated” to intervene and may be criminally punished for doing so, according to an audit by the Pentagon inspector general (IG).

Moreover, one American service member told that the IG U.S. troops were told to “ignore” the ancient pedophilic Afghan custom known as bacha bazi, or “playing with boys,” confirming the findings of a New York Times (NYT) article issued in September 2015.

The IG notes that reporting the incidents is necessary when a soldier actually observes child rape, and the soldier can intervene at that moment. Any action taken outside of actually witnessing the crime could result in disciplinary action.

“There’s no recourse to stop them from bacha bazi. Soldiers [were] told to ignore it and drive on,” said the service member.

Referring to the chain of command, another U.S. troop told the auditor, “The initial reaction of the staff was ‘we don’t really care about this, and we’re not going to do anything about it.’”

Prior to 2015, apparently, an audit shows that US troops were confused about whether such behavior was wrong!  How can this be?

Apparently, troops have reported incidents where sexual abuse of children have taken place at the hands of Afghan soldiers, but the reports have been incomplete, according to the IG.

“As a result, there is no certainty that [U.S. Forces-Afghanistan] received notification of all allegations of human rights violations, including sexual abuse involving ANDSF personnel,” the IG wrote.

The report from Breitbart adds:

…not only are U.S. troops not required to intervene when an ANDSF member rapes a child inside a base they share with Americans, their superiors may reprimand them for taking any action.

The IG for the U.S. Department of Defense (DOD) explained:

Under DOD Law and consistent with bilateral and international agreements governing U.S. operations in Afghanistan, U.S. Forces who observe a member of the ANDSF sexually abusing a child are not prohibited from intervening and using reasonable force as may be necessary to prevent or stop such sexual abuse. However, U.S. Forces are under no obligation to intervene.

We note that intervention and, if necessary, use of force to stop such an assault is dependent on actually observing the abuse or assault in question. Such action would not be appropriate based on others’ assertions, allegations, of complaints of alleged abuse.

The inspector general later acknowledges that an American service member who intervenes or uses force against an ANDSF child rapist outside of catching them in the act of raping a child “could be subject to possible allegations of criminal misconduct (e.g., assault) resulting from the use of force during the intervention.”

However, the responsibility to punish the U.S. service member falls on American authorities, not the Government of the Islamic Republic of Afghanistan (GIRA).

We have seen several instances of this in the past.

Sgt. 1st Class Charles Martland, a decorated green beret, was threatened with being kicked out of the Army after he shoved an Afghan police commander accused of raping a boy and beating up his mother when she reported the incident.

After being discharged, Martland blasted the ethics of the Army.

In a statement written to Rep. Duncan Hunter (R-CA), Martland said, “Kicking me out of the army is morally wrong and the entire country knows it.”

Martland recounted the story to CNN.

[Former Captain Daniel] Quinn and Martland were told by a young Afghan boy and his mother, through an Afghan interpreter, that the boy had been tied to a post at the home of Afghan Local Police commander Abdul Rahman and raped repeatedly for up to two weeks. When his mother tried to stop the attacks, they told the soldiers, Rahman’s brother beat her. Quinn says he verified the story with other ALP commanders from neighboring villages. Then they invited Rahman to the camp.

“After the child rapist laughed it off and referenced that it was only a boy, Captain Quinn picked him up and threw him,” Martland writes. Martland then proceeded to “body slam him multiple times,” kick him in the rib cage, and put his foot on his neck. “I continued to body slam him and throw him for fifty meters until he was outside the camp,” Martland writes. “He was never knocked out, and he ran away from our camp.” The incident lasted no more than five minutes, he says.

Martland was later retained in the Army due to the efforts of Rep. Duncan and others.

The father of a slain US Marine also confirmed that his son had spoken of these Afghani soldiers raping little children to the point they could hear the young boys screams.

The fact is that though reports are made, superiors in the US military deem it to be none of their business and instead of doing the right thing, they provide the Nazi response of “We’re just doing our job.”  That is unacceptable for an American soldier!

Martland pointed it out and said, “I will gladly testify to the fact that US commanders ignore the rape of children.”

Because this behavior is deemed to be a violation of human rights, and I’ll add that God deems it a capital crime for which those engaging in it should be put to death, Breitbart also points out:

Under the Leahy Laws, the United States cannot provide any funding assistance to foreign security forces deemed to have committed gross human rights violations, such as the sexual abuse of children.

In other words, had the Pentagon officially identified child sexual abuse as a human rights violation before September 2015, the U.S. would have been required to cut funding for the ANDSF, which has reached an estimated $70 billion since the Afghanistan war started in 2001.

And this is the problem.  America cannot truly win in Afghanistan unless the culture is infused with a moral foundation, not democracy.  Our founders despised full-fledged democracy.  That foundation cannot be Islam either.

The only true freedom comes from a biblical worldview.  That, is what made America great.  It is what will make any nation great.

Righteousness exalteth a nation: but sin is a reproach to any people. -Proverbs 14:34

It looks like it’s way past time for the US to get out of that region unless we are going to actually seek to change the culture for Christ, and even then, it’s not the responsibility of the military to be doing that.  We would do well to learn a lesson from the Russians in the 80s, cut our losses and bring our people home.