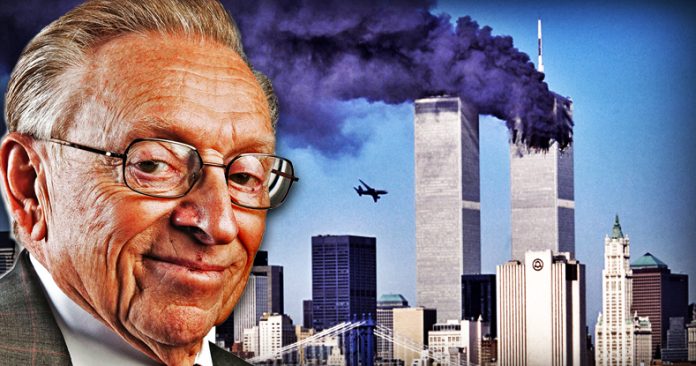 The settlement, filed Tuesday with the U.S. District Court in Manhattan, comes after 13 years of ‘hard fought’ litigation. In an email to Reuters, Silverstein properties’ spokesman Bud Perrone said,

“We are pleased to have finally reached a resolution to this piece of post-9/11 litigation,”

Silverstein, who signed a 99 year lease on the World Trade Center just 2 months prior to the attack, has received Over 4.5 Billion dollars stemming from post 9/11 lawsuits. In May of 2007, CBS Moneywatchreported:

“The state and seven insurers have reached a settlement that secures more than $4.5 billion in funding to rebuild ground zero.

About $2.55 billion has already been paid out by two dozen insurers since the Sept. 11, 2001, attacks that destroyed the twin towers. The remaining insurers agreed to pay $2 billion and drop several court battles over how much they owe in insurance to replace the trade center.”

Despite reports of financial trouble, Silverstein opened the rebuilt World Trade Center One in 2014 after reaching out to the New York Port Authority for financial assistance.

While there are hundreds of ‘conspiracy theories’ surrounding Larry Silverstein and the 9/11 attacks, there are certain inconsistencies in the ‘official story’ that remain unanswered over a decade after that tragic day.

Here are six hard-hitting facts that the mainstream media and the political powers have relentlessly attempted to keep hidden from the public.

Coming in at number 1 is perhaps one of the most perplexing of all the facts. Amazingly enough, some folks still believe that only two towers fell that day. The fact that Tower 7, a 47-story building, collapsed, was but a small blip in the media. Since 9/11, World Trade Center Tower 7 is rarely, if at all mentioned in the mainstream media.

Insanely enough, when tower 7 is mentioned to some people, they think that it’s a conspiracy theory that it fell.

However, Tower 7, which was not hit by a plane, in fact, collapsed into its own footprint at free fall speed.

The National Institute of Standards and Technology, (the government agency assigned to investigate the building collapse in the video above) attributes the collapse to the failure of a single column, in a complex scenario involving thermal expansion of beams supporting the column, caused by office furniture burning; a theory that is largely disputed by many experts.

BBC, CNN, FOX, and MSNBC reported the collapse of WTC 7 — well before it happened.

The 911 commission was railroaded. Not only were the commissioners given extremely limited funds to conduct their investigation, but they were also met with dead ends in almost every direction.

Staying on the topic of the 9/11 commission, in 2004, President George Bush and VP Dick Cheney told the commission that they would not be formally interviewed in relation to the attacks on September 11.

On April 27, 2004 the White House released a statement saying there would be no recording or formal transcription of the interview. The duo also demanded to be interviewed together, against the wishes of the commissioners.

After the myriad of holes began to form in the official narrative, several dedicated engineers and architects took to their own investigation. Today, there are over 2,300 architects and engineers who’ve signed on to the initiative, all declaring the official story to be false.

The US government admitted they covered up the fact that the Saudi Arabian government supported the hijackers.

In July, the 28 pages were finally released, although many parts are still redacted. They show that Graham was right—several figures in the Saudi Arabian government provided assistance to the 9-11 hijackers from within the U.S. 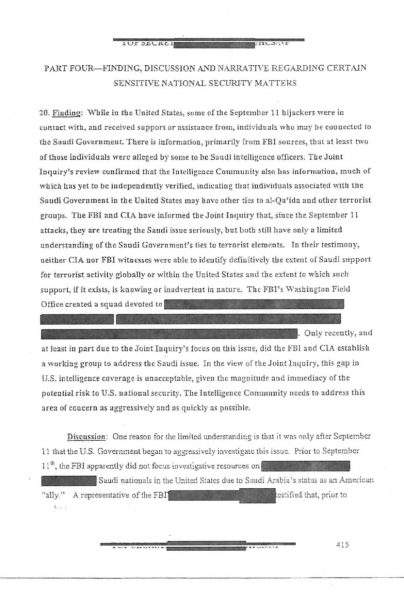