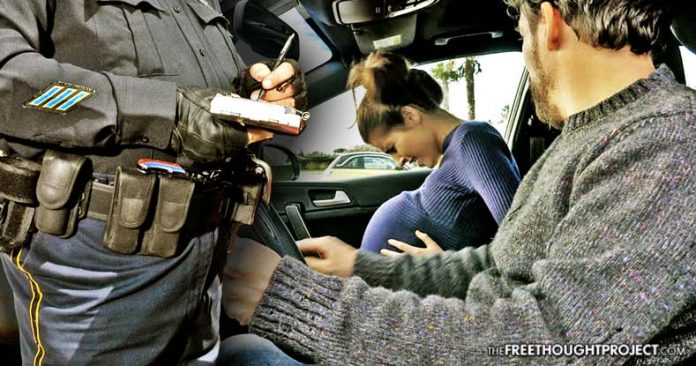 When a couple was pulled over for speeding in Lakewood, New Jersey, they explained to the officer that the wife was in labor, and they were on their way to the hospital—a logical emergency that would justify exceeding the speed limit. However, the officer responded by delaying the couple’s arrival and issuing the husband a citation for speeding.

The couple, who has remained anonymous, told The Lakewood Scoop that when they were pulled over, the husband explained to the officer that he started out driving at the regular speed limit, but only increased his speed when his wife’s symptoms became urgent.

“My pregnant wife had been to the doctor that day, and was told that as soon as labor begins she should rush to the hospital, since the baby will be born very quickly. That night labor began, so we immediately set out to Monmouth Medical Center driving at regular speed. While driving on Squankum Road. my wife told me she is starting to feel it is getting closer to birth. I became quite frantic, so I automatically picked up speed, without realizing I was going way over the speed limit.”

A report from the Jersey Journal claimed that when the officer clocked the speed of the car, the husband was driving 78 mph in a 50-mph zone. The husband told TLS that he immediately pulled over, and explained to the officer that they were in an emergency situation, and had been instructed by a doctor to come to the hospital as soon as possible.

“I respectfully explained that my wife is in advanced labor and I am headed to the hospital. I tried explaining the severity of the situation, but he cut me off without inquiring in what condition my wife is, and just asked for license and registration. We pleaded with him to please make it fast as we are in an emergency, but he answered curtly, sit tight.”

The husband then claimed that the officer took his license and registration, and proceeded to hold the couple hostage for over 15 minutes, even though he was made aware of the wife’s critical condition. When the officer finally let the couple go to the hospital, the husband asked if he would escort them there, and the officer replied, “we don’t do these things.”

“While stranded, my wife reached a critical point. I immediately started calling out, ‘officer, officer,’ and motioned with my hands, but he completely ignored me. He left me stranded close to 15 minutes while my wife was moaning away. Afterwards he gave me a speeding ticket. I then told him that my wife has reached a critical point, and asked if he could escort us to the hospital. He answered ‘we don’t do these things, but I can call an ambulance,’ which I declined saying I can do the same.”

The couple concluded by writing that their baby was born almost immediately after they arrived at the hospital, “20 min. after the officer let us go.”

In a statement provided to the Jersey Journal, the Howell Police Department was quick to defend the officer’s actions, and claimed that the “video evidence” of the encounter shows he acted appropriately.

“We certainly understand how stressful the moments leading up to birth can be, especially on a woman, and we commend them for their respectful demeanor under the circumstances. However, the officer acted appropriately and any suggestion that the officer’s conduct was improper, unprofessional or inhumane simply contradicts the video evidence.”

While the department did not specify as to whether the “video evidence” they referenced will be made public, the idea that a police officer would encounter a couple in labor and rushing to the hospital, insist that they delay their trip by nearly half an hour, and then refuse to escort them to the hospital in an emergency, shows that the officer in question was doing the opposite of “serving and protecting” the public, and he should be held accountable for his actions.

Here is the Facebook page of the Howell Township Police department, if you’d like to peacefully express your thoughts on this matter to them. 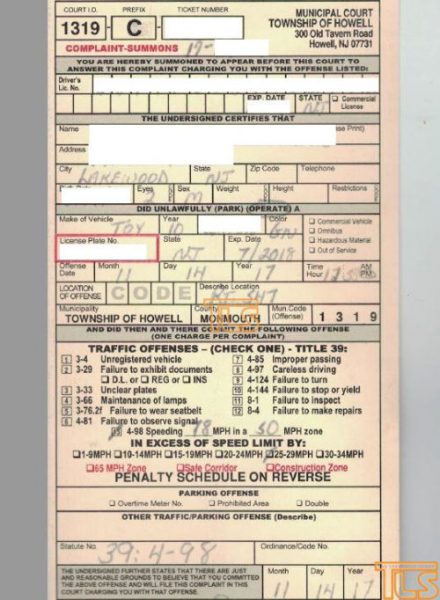