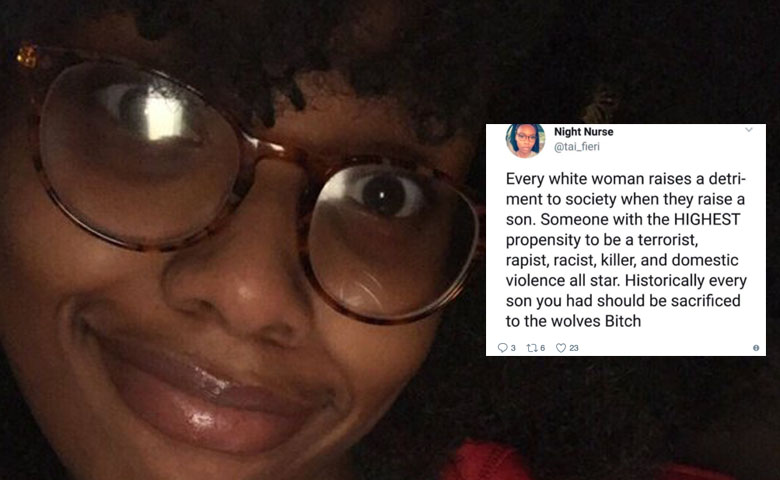 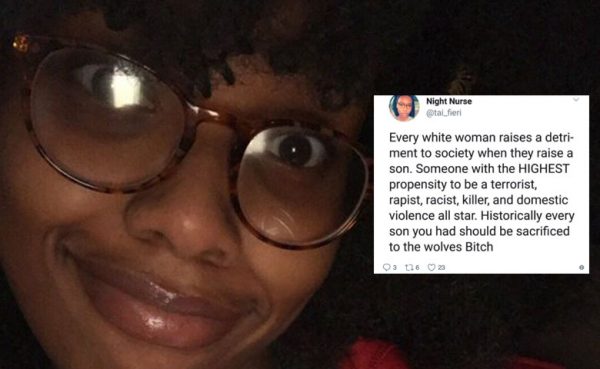 Nurse Taiyesha Baker of Riley Children’s Health in Indiana is under investigation for tweeting that every white male baby is “a detriment to society” that “should be sacrificed to the wolves.”

“Every white woman raises a detriment to society when they raise a son. Someone with the HIGHEST propensity to be a terrorist, rapist, racist, killer, and domestic violence all star. Historically every son you had should be sacrificed to the wolves B***h,” Baker said on Twitter. Here’s some more of her tweets: Though her account was later deleted, Baker celebrated her new found fame after her tweet went viral:

We are aware of several troubling posts on social media which appear to be from a recently hired IU Health employee. Our HR department continues to investigate the situation and the authenticity of the posts. During the investigation, that employee (who does not work at Riley Hospital for Children) will have no access to patient care.

“When asked which department Baker works in, the hospital declined to answer,” PJ Media reported.

Her statements are interesting considering the recent viral story of Wanda Nuckles and other nurses who let WW2 veteran James Dempsey die as they laughed.

There needs to be a police investigation if anyone has died under Baker’s care.