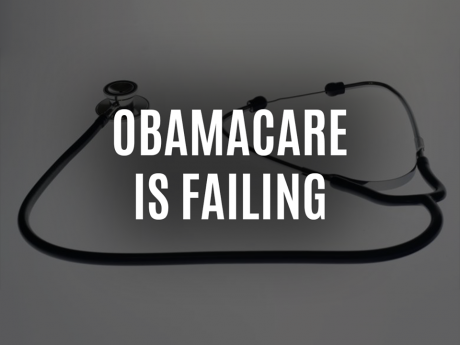 Yes, this is a true story.  I was completely shocked when I learned about this too, and this just underscores the importance of repealing the individual mandate immediately.  Shortly after taking office, President Trump issued an executive order which was intended to move the IRS away from enforcing Obamacare’s individual mandate, but now the IRS has found a way around that executive order.  According to the official AARP website, the IRS has announced that it will not process any tax returns from individuals that are not willing to disclose whether they currently have health insurance or not…

The Internal Revenue Service won’t process individual tax returns in 2018 unless taxpayers indicate whether they have health insurance coverage or an exemption.

The move, announced last month, reverses course from this year, when the IRS said it would not require filers to indicate on 1040 tax forms whether they had health insurance. Filers were still required to have medical insurance or pay a penalty, but the IRS accepted and processed returns even if taxpayers didn’t indicate coverage status.

So what this means is that you will not get your refund until you tell the IRS if you have health insurance.

And if you don’t have health insurance and you don’t qualify for an exemption, you could be hit with a very painful financial penalty.

Of course purchasing health insurance in some parts of the country is enough of a penalty as it is.  For example, I recently wrote about a family of four in Virginia that is now facing the prospect of paying $3,000 a month for health insurance.

Talk about being between a rock and a hard place.

And it also turns out that the IRS is going back and sending threatening letters to those that didn’t indicate if they were covered or not on previous tax returns.  Here is more from the AARP…

“The IRS has determined that ‎it is more burdensome for taxpayers to allow them to file an incomplete tax return and then have to manage follow-up letters and potentially amend their return,’’ Friedland said. “Identifying omissions and requiring taxpayers to provide health coverage information at the point of filing makes it easier for the taxpayer to successfully file a tax return and minimizes related refund delays.”

In September, the IRS started sending letters to about 130,000 taxpayers who didn’t address the health care requirement on 2014 and 2015 tax returns.

So if you left that section of your tax return blank in previous years, you should be expecting a letter in the mail very soon.

At this point, many of you that are reading this article are probably starting to get very angry.  After all, didn’t President Trump sign an executive order earlier this year that was going to end enforcement of the individual mandate?

Unfortunately, that was not the case at all.  In fact, Politico is reporting that the Trump administration “is still dutifully enforcing Obamacare’s individual mandate”…

The Trump administration is still dutifully enforcing Obamacare’s individual mandate, despite early signals it might undermine the unpopular linchpin of the health care law.

Weeks after the close of tax season, the IRS continues to process penalties from potentially millions of taxpayers who refused to purchase health insurance last year.

That’s even though hours after taking office on Jan. 20, President Donald Trump issued a vaguely worded executive order instructing federal agencies to waive or defer parts of Obamacare that would “impose a fiscal burden” on states, individuals or health care providers.

Obamacare should have been repealed on the very first day of the Trump administration, but unfortunately the RINOs in Congress are going to keep blocking any effort to do that.  Elections really matter, and in 2018 we need to kick out the RINOs and put in new leaders that are fully committed to a 100% repeal of Obamacare.

We also need to do something about the IRS.  They have always been a rogue agency, but now they have gotten completely and totally out of control.  I am running for Congress in Idaho’s first congressional district, and I believe that we should completely shut down the IRS.

The status quo is simply not acceptable.  Obamacare is financially crippling families all across America, and we should be absolutely disgusted that Congress has not found a solution to this problem even though they have had almost an entire year to get something done.