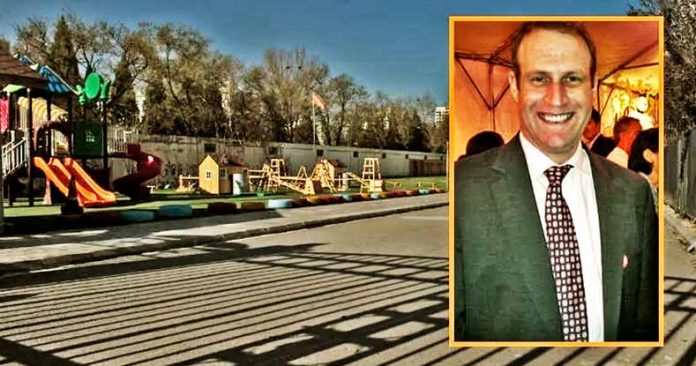 China has been rocked with an international scandal involving a publicly traded educational institution and its site-based kindergarten, which is accused of acting as a breeding ground for pedophilia. Now, it seems, a former Clinton Foundation executive has ties to the RYB Education New World system of schools, which are being accused of drugging and sexually assaulting young children.

The RYB Education New World system of schools is a publicly traded company within the United States on the NYSE. Upon news of the horrifying criminal allegations, the stock abruptly dropped nearly 40 percent.

“A parent, who refused to give her name, said some children were told to take two pills each after lunch. She said it was uncertain whether her child had been sexually assaulted, as her three-year-old was ‘too little’ to give account of what had taken place.”

The investigation started four days ago when it was reported that several children at the school were being drugged so that adults could take advantage of them sexually. According to one Chinese source:

“Preschool children at the RYB Education New World kindergarten in Chaoyang District were reportedly sexually molested, pierced by needles and given unidentified pills.”

Joel Getz was at one time an independent Director at RYB Education. He also served as the Director of Development for the Clinton Foundation. RYB Education is the parent company of the Beijing kindergarten where the alleged assaults took place. The abuse came to light when concerned parents began discussing similar stories among themselves online and later carried their concerns to police who promptly opened an investigation.

Furious parents gathered over the weekend in front of the RYB headquarters and demanded answers.

Parents were able to identify precisely which in class the assaults were allegedly taking place. A foreign teacher, along with four teachers were also reportedly present in the bilingual classroom. Even though the school remained open through the weekend, few parents allowed their children to go to the class in question. According to the reports:

Parents report at least 8 toddlers with mysterious needle marks, while others said their children were forced to take white pills that were supposed to be “a little secret” between the children and teachers, along with some sort of “brown syrup” given to the students. Children were also allegedly stripped naked and forced to stand, or locked in a dark room, one parent said.

An unidentified mother who made a viral video about the abuse told reporters Thursday that her son was was injected with a brown liquid by a teacher and made to strip along with other students before being “examined” by a naked adult male stranger, describing it as an “action like sexual intercourse.” When the mother pressed the principal to allow her to review closed circuit footage from the school, she was denied.

RYB Education is based in Beijing and listed on the NYSE (RYB). It has more than 1,300 daycare centers, in addition to the 500 kindergartens across 300 cities in China, according to its website. As can be clearly seen, one accusation of child molestation is powerful enough to potentially destroy an educational company like RYB. The company’s stock is down nearly 40 percent following the story’s publication.

READ MORE:  Two NYPD Cops Charged for Kidnapping Teen, Cuffing Her, Then Raping Her in Their Van

Since its founding, RYB has been extremely profitable in China. According to the South China Morning Post, RYB:

“posted net profits of US $4.9 million in the first half of this year, up nearly 20 per cent from 2016. Business revenues, mainly from tuition and franchise fees, surged 30 per cent year on year to US$64.3 million for the first six months”

Late-breaking news Sunday confirmed authorities have moved to supervise every kindergarten in Beijing with an educational inspector to oversee operations, following the scandal at RYB.

“Every kindergarten in Beijing will be staffed with an educational inspector to oversight their operation, local authority said on Sunday night.”

While it is in the realm of possibility that the Chinese government is behind the accusations against the publicly traded for-profit company, the accusation toddlers are being abused must be taken seriously. In the wake of scandals involving pedophilia, the phenomena of abusing the most innocent of the world’s inhabitants appear to be taking place worldwide.

It is not the first time RYB has made international headlines. According to the Daily Mail:

It is unclear if Getz is involved in any way in the abuse on such a local scale, but surely his office is running damage control in an attempt to re-establish the credibility lost in having his name attached to a company now accused of involvement in child abuse, while charged with protecting and educating Chinese children.