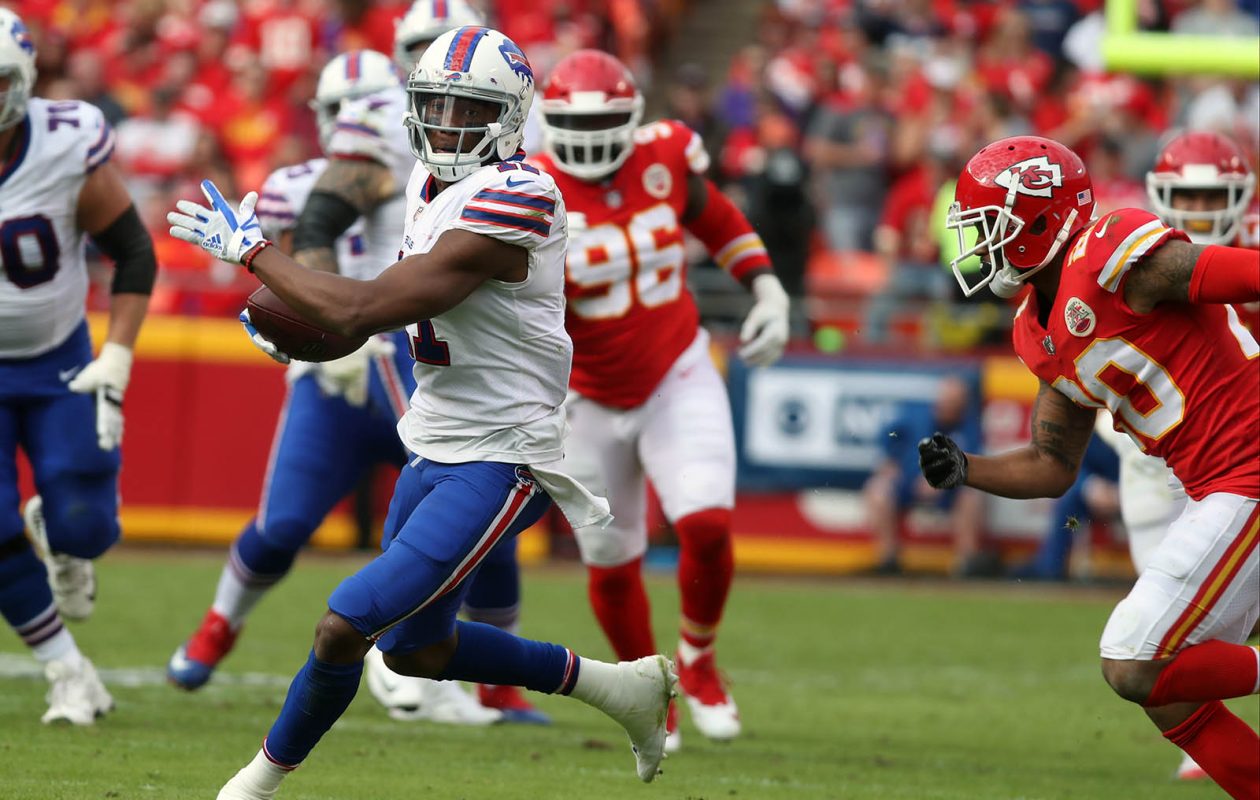 The following video captures Buffalo Bills receiver Zay Jones “floating” back to his feet after diving for a pass in the end zone.

We’re not sure whether it’s a feat of superhuman strength. a problem with the video feed itself or a glitch in the matrix that proves once and for all that our world is not what it seems, so we’ll let you decide:

Even Zay Jones weighed in on the move, suggesting he has no idea what happened or how, and that God himself played a role:

When you fall down but God has your back. pic.twitter.com/OZyQIPVL4e

Here’s a longer version of the play: