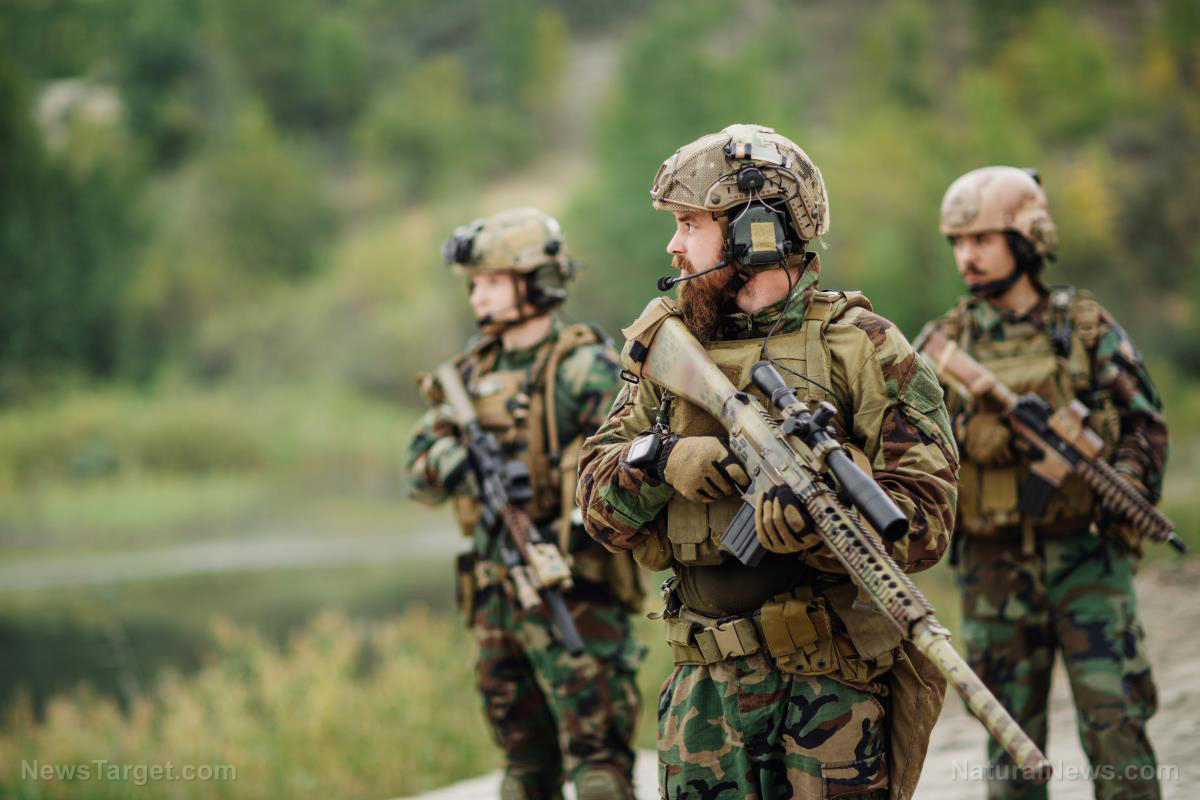 (Natural News) It seems the Department of Defense wants to get in on the GMO craziness, but not in what you would consider the normal way.

No, the Pentagon has not announced a military-wide transition to genetically modified foods; rather, DARPA— the Defense Advanced Research Project Agency — says it is working on developing a new way to collect battlefield intelligence: Genetically-modified plants.

As reported by Futurism, DARPA is calling the project the Advanced Plant Technologies program, and it seeks to transform plants into next-generation surveillance technology.

“The program will pursue technologies to engineer robust, plant-based sensors that are self-sustaining in their environment and can be remotely monitored using existing hardware,” the agency said in a press announcement.

The program’s goal is to increase the natural stimulus-response mechanisms in plants, allowing them to “detect the presence of certain chemicals, pathogens, radiation, and even electromagnetic signals.”

Through the use of ‘gene-editing’ methods which researchers say have already been proven to be effective in plants, the secretive agency wants to make plant-based sensors function as early-warning surveillance devices without altering their ability to grow and thrive.

That said, the plan calls for mutating the plants “far beyond current practice,” altering several complex pathways in order to stimulate “discreet response mechanisms” when certain stimuli are detected.

Much of today’s military technology advances center around things that function or operate mechanically. However, DARPA says it wants to develop some new technologies using natural methods, though obviously genetically altering a plant makes it far less “natural.”

Plants seem perfect for this kind of information gathering and would also limit the risks of exposing human operatives to potentially harmful environments. It’s the same principle behind the use of drones. Plus, the technology could easily be converted for non-military use.

Great. So now police departments and federal authorities will also use genetically modified plants to spy on the general public. Perfect.

“Plants are highly attuned to their environments and naturally manifest physiological responses to basic stimuli such as light and temperature, but also in some cases to touch, chemicals, pests, and pathogens,” said Blake Bextine, the APT program manager, in the press release.

“Emerging molecular and modeling techniques may make it possible to reprogram these detection and reporting capabilities for a wide range of stimuli, which would not only open up new intelligence streams, but also reduce the personnel risks and costs associated with traditional sensors,” Bextine added.

Futurism goes on to note that while the whiz kids at DARPA are all a-flutter about this “natural” effort to increase information acquisition on the battlefield, the modification procedures and techniques are drawing some concerns (you think?). For one thing, modifying plants in any way is not “natural” and as such runs the risk of decimating entire plant species, say critics.

For another, the ‘Big Brotherism’ practiced regularly by our government could lead to the development of surveillance plants (there’s two words you never thought you’d read together) that are capable of doing more than just what DARPA is describing.

“There’s no need to panic just yet,” advises Futurism, “but it is somewhat comforting that APT will be monitored by institutional biosafety committees.”

We’ve heard this song-and-dance before: ‘Trust us, we’re with the government,’ isn’t cutting it this time. After all, we’re talking about plant modification — and this is on top of social, human, and weather modifications that are currently taking place and which threaten to destroy humankind many times over.

It’s good that our Dept. of Defense is always looking for new (and innovative) ways to defeat our enemies. But we’re not at all confident that altering plant life to develop “sensors” for the battlefield is the way to go.

There’s already been too much “modification” of the human and plant gene pools.