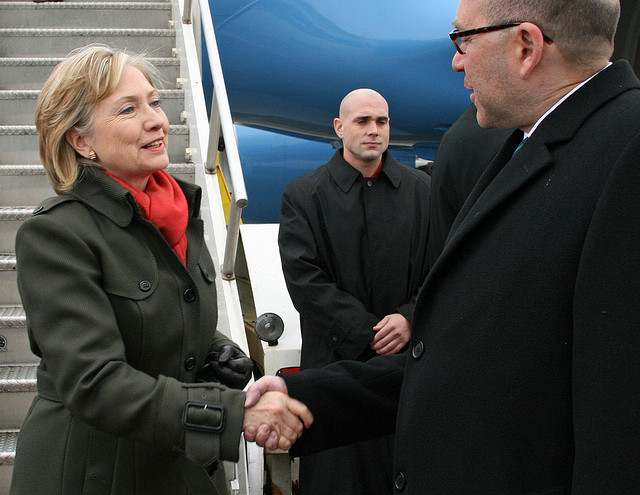 Just like Intellihub’s Shepard Ambellas reported back in Jan. of 2016, Hillary Clinton sold 20% of the U.S. uranium supply to the Russians and here’s the proof

WASHINGTON (INTELLIHUB) — A twelve-page “protocol agreement” between the governments of the United States and Russia concerning the “management and disposition of plutonium” bears former Secretary of State Hillary Clinton’s signature and dovetails several other agreements made in August and September of 2000 and another in September of 2006.

Under Article 7, which can be found on page 5 of the agreement, it is clear that Rosatom (a Canadian proxy) is involved, as I reported in the Jan. 23, 2016, article titled “Clinton Foundation took massive payoffs, promised Hammond Ranch and other publicly owned lands to Russians along with one-fifth of our uranium ore” when I broke all of this wide open.

Article 7 in the protocol agreement reads:

You can clearly see how important such an adjustment was for the creators of the agreement as they took great care to change the “Ministry of the Russian Federation for Atomic Energy” to the Canadian proxy.

The agreement was signed by the Madam Secretary herself and was signed by a represenative for the Government of the Russian Federation.