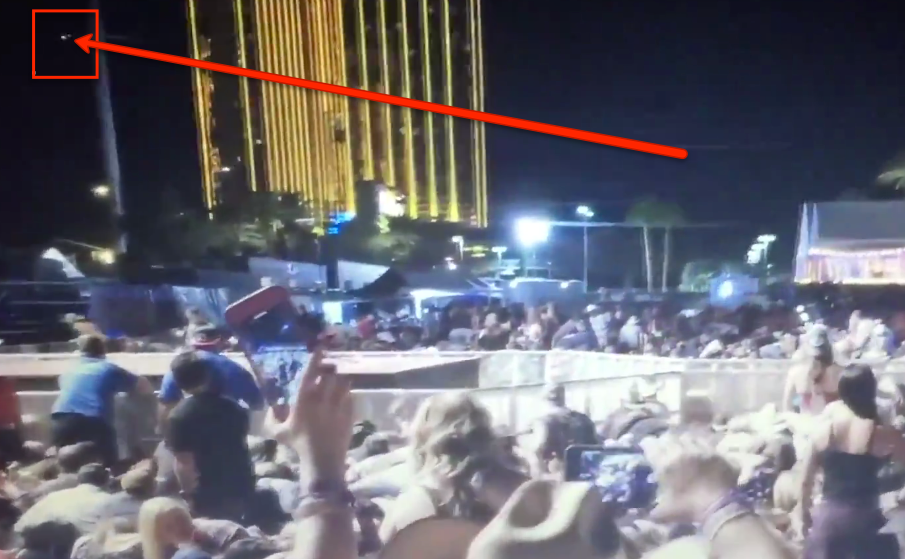 Just as Shepard Ambellas warned on “The Alex Jones Show” nearly a month ago, helicopters were indeed airborne and acting suspiciously during the massacre

LAS VEGAS (INTELLIHUB) — New video footage captured by a concertgoer on the night of the massacre has emerged which clearly shows a helicopter hovering, lurking, in the airspace between the Delano Hotel and the Mandalay Bay just as Intellihub’s Shepard Ambellas reported on an October 31 broadcast of “The Alex Jones Show.”

This footage is extremely alarming considering that helicopters are not allowed to hover in Las Vegas within proximity of any of the casinos or the strip for that matter unless the aircraft’s registered operator has acquired a special permit which does not seem to be the case here.

At around 0:50 seconds into the video the helicopter can be seen to the left of the Delano Hotel.

Do you notice the flashes? Look closely. Set your video to full screen and put it on 1080p resolution.

This footage is key and proves at least one helicopter was airborne and hovering in a stationary position against all protocol, rules, and regulations as bullets were striking the crowd around 10:06 p.m. (i.e. FAA radar data does not list any helicopters in the vicinity between 9:52 and 10:24 p.m. local time which means this chopper has gone dark.)