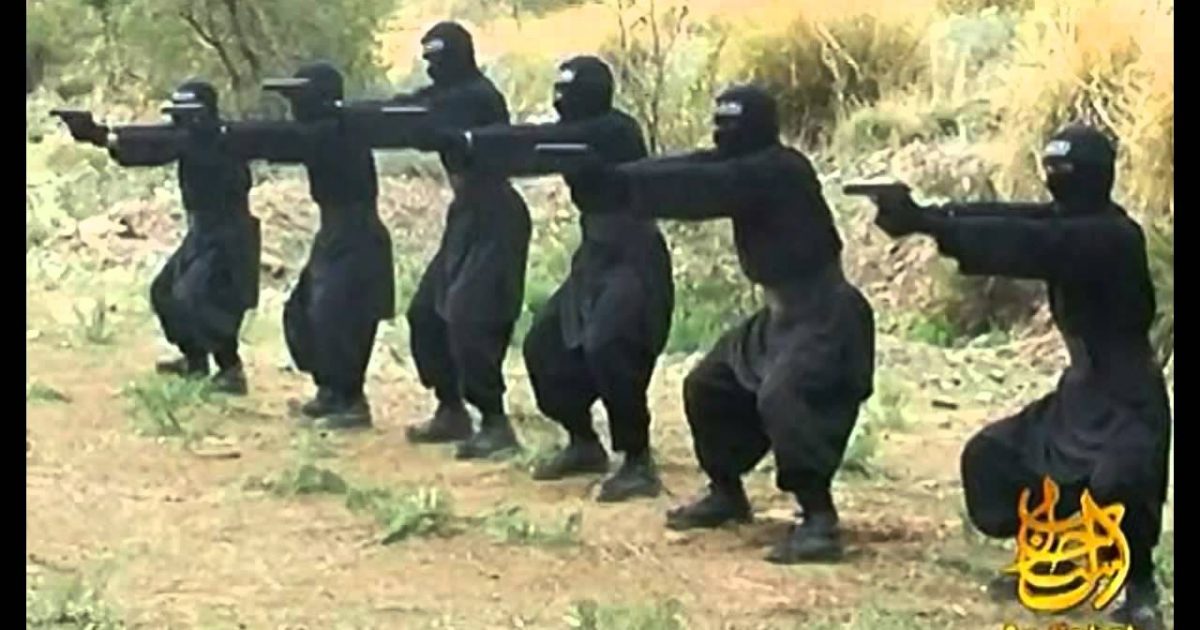 Remember Jewish American Wall Street Journal reporter Daniel Pearl? From the Journal’s Oversees headquarters in India, Pearl traveled to Pakistan. On January 23, 2002, he was in Karachi Pakistan, on his way, or at least he thought, to interview Muslims of America (MOA) leader, Pakistani Sheikh Syed Mubarik Ali Shah Gilani. Instead, he was kidnapped by terrorists and nine days later beheaded on camera.

Wow – that’s really old and disturbing news. You may ask – why remind us of this? I bring it up, not for Pearl, but rather to remind us who Gilani is and why he is still pertinent today.

Gilani is the leader of the Pakistani “Muslims of the Americas” (MOA), who operate 22 isolated “Islamic Villages” throughout the United States. They are Sharia-only enclaves, some heavily armed and all are hostile to the American way of life, and where severe beatings of young boys occur “for minor infractions of sharia law, such as watching an American children’s show without approval.”

In fact, the Pakistani terror group Jamaat ul-Fuqra merely rebranded itself as “Muslims of the Americas” to make itself sound more palatable.

And there’s no need to take my word for it. In Fuqra’s 1994 book, “‘Target Islam: Exposing the Malicious Conspiracy of the Zionists Against the World of Islam and Prominent Muslim Leaders,’ it explains that its establishment of ‘villages’ in the U.S. since 1980 is part of a jihad against a Satanic-Jewish-Communist conspiracy that puppeteers the U.S. government.”

They say that their American headquarters is a compound, known as Islamberg. It is a 70-acre compound set deep in the woods near Hancock, N.Y. For years Islamberg, which has about 250 “residents,” has operated under the radar.

However, recently a “resident” of the “community” was arrested for, “trying to steal several cases of ammunition from a local mountain store in the area.” Authorities began investigating the man, Ramadan Abdullah, and learned that Abdullah was likely “stockpiling weapons for the [Islamberg] compound.”

The police subsequently raided his property, where they discovered a cache of weapons, including “8 assault weapons, 4 loaded handguns, 1 loaded shotgun, 2 rifles, 64 high-capacity ammunition feeding devices, and body armor, and thousands of rounds of .50 caliber ammunition.”

Coincidently, this is the same Ramadan Abdullah who was arrested in 1977, “after police discovered enough material at his home to build 50 bombs.”

Upon hearing the news of Abdullah’s arrest and ties to Islamberg, leftist websites like BuzzFeed, came to the rescue. They interviewed a source who claims that Abdullah was not a “resident” and had no ties to Islamberg or the MOA.

And what, or who, was the ironclad source of this information? Why, it was none other than the public relations director of the Muslims of the Americas, Muhammad Matthew Gardner.

Still think we should believe him?

This is taken directly from 2003 FBI report: (portions are redacted)

FBI New York requests that a REDACTED be opened in regard to captioned business. Said business is believed to be a front business which is suspected of laundering money in support of domestic terrorism activities. REDACTED captioned business is REDACTED who has been identified as a leader and high-ranking member of a radical Islamic extremist group, Jamaat -Ul-Fuqra(JUF); also referred to as, THE MUSLIMS OF AMERICA(MOA) .

The MOA is a loosely structured U.S. based organization. Several current members in New York have been convicted of criminal acts to include murder and fraud. Recruitment most often occurs in prisons or neighborhood mosques. Once recruited, some members are selected to receive training in firearms and explosives in Pakistan.

While overseas, some of these recruits are then handpicked by high-ranking terrorist operatives, like that of Al-Qaeda, and are sent to receive more specialized training. Upon completing of their training, many of these recruits are ultimately asked to pledge ‘beyat’ [allegiance]. If they do not receive beyat, they become what source information reveals as a ‘friend of Al-Qaeda’ who are called upon no matter where he is living around the world to assist Al-Qaeda.”

Now I’m no big fan of the FBI – particularly these days. But if I have to choose to trust one or the other, I’m sure choosing the FBI over a PR director for terrorist front group. But that’s just me.

MOA appears to be exactly what many of us, including the FBI, say it is – a terror front group. And Islamberg also appears to be what we claim – the terror training camp headquarters.