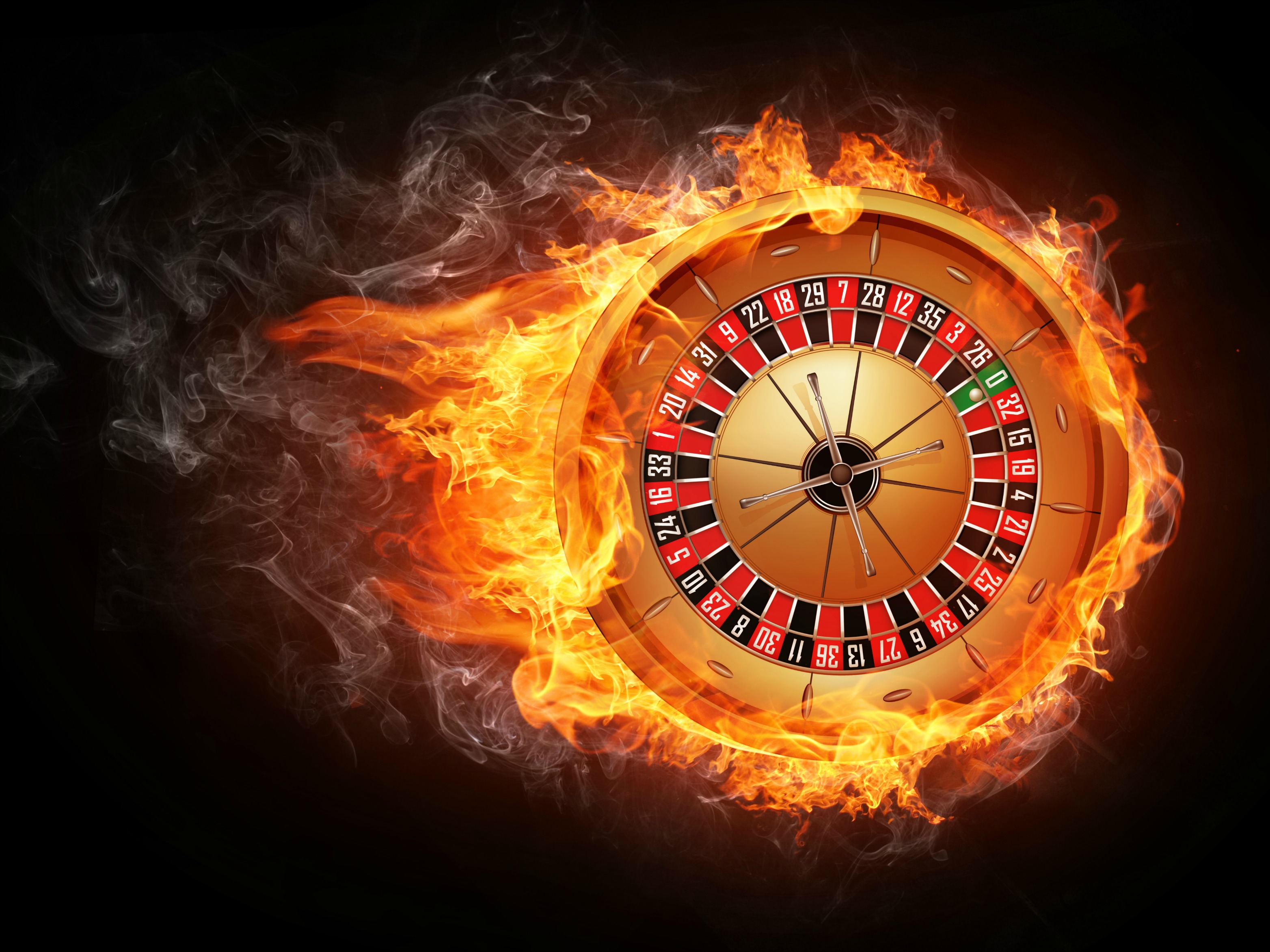 The last time American consumer debt was this high was.. well…NEVER. But now, it seems we are engaged in a high stakes game of consumer debt roulette. And the House is the only one who will win this game.

Last summer, it was reported that people owed more on loans, credit cards, and payment plans than ever in history. The country surpassed the spike that led to the crash of 2008 back in March when debt reached a mind-boggling $12.73 trillion in the first quarter of the year.

Here’s the breakdown, via ZeroHedge:

And we have exceeded the terrible record even more. This year, the debt for American households has grown by 605 billion dollars. THIS YEAR.  That is on top of the insane numbers mentioned earlier.

From extended lines of cash-strapped consumers at New York food pantries to a rise in mental health problems, the latest New York quarterly Fed data paints a dire picture: US household debt has grown by $605 billion in the past 12 months, with $116 billion, or nearly 1 percent, hitting in the latest quarter. Debt is mushrooming everywhere — on mortgages, student loans, auto loans. Credit card debt, meanwhile, has jumped by 3.1 percent in the latest quarter. (source)

You’d think that people would suddenly begin to worry that their debts were outstripping their income, but you’d be wrong.

It hasn’t slowed down Christmas shoppers one bit.

Let’s delve into some crazy statistics about the money spent this past weekend. Don’t let the word “statistics” make your eyes glaze over – you’ll want to read this.

Picture everyone sitting around after turkey dinner in front of the game ignoring each other and shopping on their phones. That’s a pretty accurate picture when you learn that online sales on Thanksgiving day hit $2.9 billion.

Mobile accounted for 61% of all website traffic on Thanksgiving Day, Adobe reported. Shoppers placed 51% more orders on smartphones than last year, according to a Salesforce report emailed to Retail Dive (source)

Of course, that was only the beginning. At the peak of Black Friday madness, it wasn’t just the brawls over bath towels and toy cars that was jaw-dropping. People spent ONE MILLION DOLLARS A MINUTE shopping at retail outlets and online.

To sum it up, starting out on Thanksgiving Day and continuing through Black Friday all the way to Cyber Monday, shoppers shopped. And they shopped BIG. 70% of Americans shopped over the holiday weekend, spending an average of $335 per person. Let’s break that down a little.

The 174 million Americans who shopped between Thanksgiving Day and Cyber Monday spent an average of $335 per person during that five-day period, the trade group said. The biggest spenders, millennials aged 24 to 35, paid out an average of $419.52 per person. (source)

But it won’t stop there. The eerily accurate National Retail Federation predicts that, despite our record high consumer debt, we’ll still see up to 4% higher spending this year over last year’s insanely high numbers.

The National Retail Federation announced today that it expects holiday retail sales in November and December – excluding automobiles, gasoline and restaurants – to increase between 3.6 and 4 percent for a total of $678.75 billion to $682 billion, up from $655.8 billion last year. (source)

People are planning to spend an average of nearly a thousand dollars PER ADULT – not household. The exact number that one survey shows is $983, which is up dramatically from a more reasonable $417 back in 2000.

(I must be stuck in the year 2000 because I can’t fathom spending much more than that. If that. Here’s some info on how WE do budgets.)

And guess how they plan to pay for it all.

You guessed it already. With more consumer debt.

Credit cards are the most popular form of payment this year, used by 40 percent of shoppers, up from 39 percent last year. That’s tied with debit cards, which will also be used by 40 percent, the same as last year; 18 percent plan to pay with cash and 2 percent will use checks. Of emerging payment methods, PayPal will be used by 36 percent, Apple Pay by 7 percent, Samsung Pay and Google Wallet by 4 percent each and Venmo by 3 percent. (source)

Everyone likes to blame the bankers for the crash in 2008 that sent us spiraling into a recession but in reality, it was caused by consumer debt. No one is forcing us to max out our credit cards or buy houses we can barely afford. But in 2008, banks pushed up the cost of homes and loaned out tons of money to people who really didn’t qualify.

Then, unsurprisingly, they couldn’t make their mortgage payments.

Lending large sums of money into the property market pushes up the price of houses along with the level of personal debt. Interest has to be paid on all the loans that banks make, and with the debt rising quicker than incomes, eventually some people become unable to keep up with repayments. At this point, they stop repaying their loans, and banks find themselves in danger of going bankrupt. (source)

Here’s another explanation of the scenario from 2008.

For almost a decade now, since 2007, we have been living a lie. And that lie is preparing to wreak havoc on our economy….

The lie I am referring to is the idea that the financial crisis of 2008, and subsequent “Great Recession,” were caused by profligate government spending and subsequent public debt. The exact opposite is in fact the case. The crash happened because of dangerously high levels of private debt (a mortgage crisis specifically). And – this is the part we are not supposed to talk about—there is an inverse relation between public and private debt levels.

If the public sector reduces its debt, overall private sector debt goes up. That’s what happened in the years leading up to 2008. Now austerity is making it happening again. And if we don’t do something about it, the results will, inevitably, be another catastrophe. (source)

Clearly, this is unsustainable but people are blithely ignoring it.

Americans are in trouble.

Currently, the issue that could be the head domino that starts the chain reaction of all the others falling is the sub-prime auto loan industry. We could see exactly the same situation we saw in 2008 when people begin defaulting on car loans they should never have gotten.

Analysts have been warning for years that subprime car loans pose a threat to lenders as delinquency rates have edged higher since reaching a post-recession low in 2012. But it wasn’t until last quarter that the least creditworthy borrowers started to show the kinds of late payment profiles that accompanied the start of the financial crisis.

“We’re seeing an increase in delinquencies across all credit scores, but in the highest credit quality, it’s just a basis point or two,” Chief Economist Amy Crews Cutts said in an email Tuesday. “In deep subprime, the rise is more substantial. What stood out to me was the issuers. Those that have been doing this for a decade or more were showing the ‘better’ performance, while those that were relative newcomers were in the ‘worse’ category.”
…“As soon as lenders (and the investors behind them) get overconfident that they have better models and can make excess profits by disrespecting credit risk, they always get their hats handed to them sooner or later,” Cutts said. “The mortgage market learned this lesson at the expense of the entire global financial system, and it is playing out now in a micro-level, in the ABS market for subprime auto loans.” (source)

But we have the student loan crisis, the mind-blowing amounts of credit card debt (more than a trillion dollars), the ever-growing cost of living and stagnant wages. Add rising healthcare coverage costs that can cost more than all your other living expenses put together (plus a pending 37% increase in 2018) and at some point not too far away, a crash is inevitable.

There is only one way to survive the consumer debt crisis.

You just have to refuse to participate. The solution has to be undertaken personally. You can’t expect the government or the bankers to do what is right – that’s who got us into this mess in the first place.

Resolve now to lower your monthly expenses, get rid of your debt as fast as you can, and learn to live within (or better yet, beneath) your means. There are many variables out of your control, like healthcare costs, inflation, and the job market, but you can absolutely control your spending and your debt level. I have done this myself and I can help you to do the same.(Go here for more information)

You can keep your holiday spending back in the year 2000 and you can resolve not to play consumer debt roulette. You can’t do anything about the rest of the country’s poor spending habits, but you can make yourself more recession-proof.