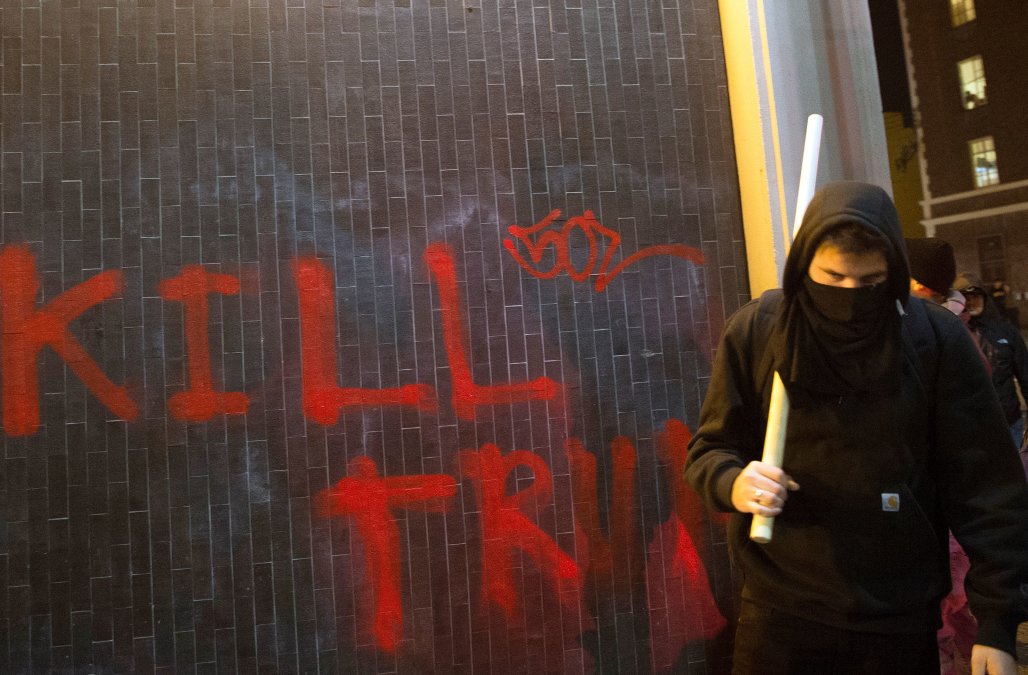 And the good news just keeps on a comin’. This is long overdue.

These terrorists belong at Gitmo with their partners in treason.

The FBI is launching an investigation into people “motivated to commit violent criminal activity” by “Antifa ideology,” according to a Thursday announcement by the organization’s director.

FBI director Christopher Wray announced the investigation to the House Homeland Security Committee, emphasizing the organization was not investigating people for their ideology, but rather crimes committed because of the ideology, reported the Washington Examiner.

“We do have a very active domestic terrorism program,” Wray told the committee. “And while we’re not investigating Antifa as Antifa — that’s an ideology and we don’t investigate ideologies — we are investigating a number of what we would call anarchist-extremist investigations where we have properly predicated subjects of people who are motivated to commit violent criminal activity on kind of an Antifa ideology.”

The FBI is investigating 1,000 instances of possible domestic terror. All investigations are allegedly pursued because of threats, not “ideology, opinion, or rhetoric,” Wray noted.

“In order to open an investigation there has to be credible evidence of federal crime, [and] threat of force or violence to further a political or social goal,” said the director. “And if we have all of those three things then we open a very aggressive investigation.”

Antifa and the alt-right have clashed at various locations in 2017 including Berkeley and Charlottesville. Establishment media have closely followed alt-right agitation, however, Antifa violence often goes uncovered. (RELATED: NYT Writes Nearly 1,500 Words On Berkeley With ZERO Mention of Antifa)

“I believe both of those groups pose equal threats,” Democratic Rep. Luis Correa of California said Thursday during a hearing. “An American citizen that loses her life to a terrorist attack, whether it’s motivated by ISIS or its motivated by white supremacists, it doesn’t matter its still a tragedy in our society and our country.”