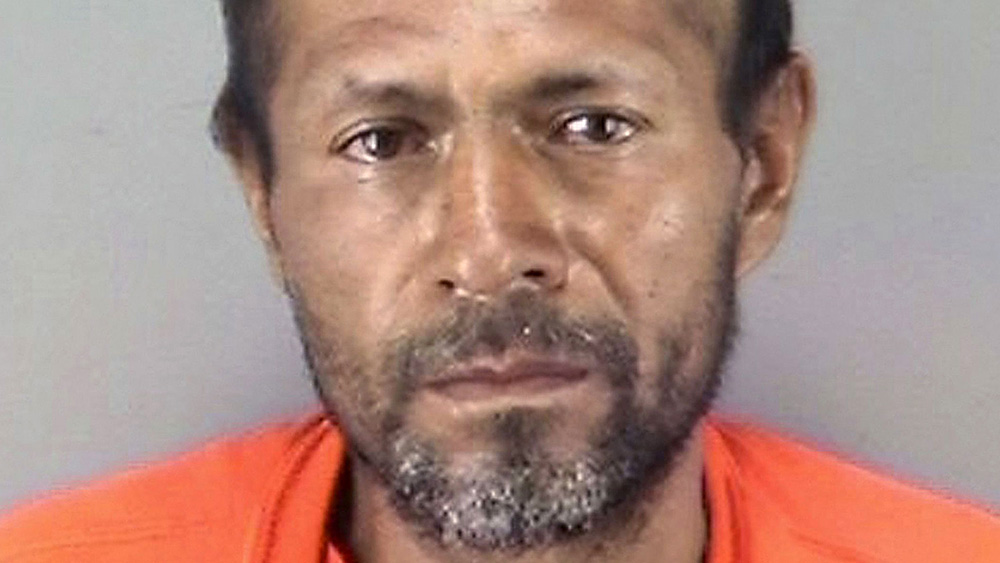 (Natural News) In the summer of 2015, illegal alien Jose Garcia Zarate shot and killed 32-year-old Kathryn Steinle. He claims the shooting was an accident, and that the gun shot Steinle all on its own, merely from Zarate touching the gun. (This is a common belief among anti-gun Leftists who are mechanically illiterate: They believe guns kill people on their own, without humans pulling triggers and aiming the sights.)

A San Francisco jury, following in the footsteps of the city’s “sanctuary” policies for illegals, has now found him “not guilty” of murder. Following the not guilty decision, Zarate’s attorneys decried Americans as “racists” for expressing outrage over the jury decision. (Yes, if you are angry about an illegal alien being acquitted of murder and manslaughter even after he admitted shooting Steinle, you are a racist!)

Author’s note: My wife is a legal immigrant. I am not anti-immigration. I support legal, orderly, merit-based immigration while at the same time strongly opposing illegal “immigration” which tends to attract violent criminals, felons and drug dealers into the country.

Jose Garcia Zarate, who admitted killing Steinle, was a five-time illegal immigrant who had seven felonies on his criminal record, including felony drug charges. The gun he used to murder Steinle was stolen from government officials. The only reason he was able to repeatedly re-enter the country and evade law enforcement for so many years is because of the “sanctuary city” policies of cities like San Francisco, which open reject cooperation with federal immigration officials. (And don’t stupidly claim he was an “undocumented immigrant,” after he entered the country illegally, in violation of law. Immigration is a legal process, and if you don’t follow it, you’re not an immigrant. You’re just a criminal who crossed the border.)

These cities, located in California and across America, are now “safe spaces” for murderers. They are also the creation of left-wing, anti-American liberals who despise white people and claim to be “pro-women” even while American women are gunned down by their protected illegal aliens. (Where is the outcry from feminists over the murder of an innocent woman?)

Helping make all this happen, former President Obama deliberately kept the U.S. border unprotected, knowing that the more illegal aliens crossed the border and came to America, the more votes Democrats would receive at every election, thanks to the fact that voter ID laws are routinely overturned by the liberal courts.

“Rightfully, people are enraged and hurt. An illegal immigrant with an illustrious rap sheet got off scot-free after killing an American citizen – accident or not,” writes Jon Hall at The Gateway Pundit. “Kate Steinle’s memory and legacy has been desecrated and torn apart by a liberal west coast jury. The only choice we have – as we pick up the shattered pieces of this perversion of justice – is to honor and remember Steinle, and achieve real progress in her name.”

Radio host Michael Savage went ballistic in responding to the jury decision (and the lawlessness of San Francisco), calling for the arrest of Nancy Pelosi and other members of the “liberal establishment” while sending in federal troops to California’s lawless cities.

As he asks in the audio below, Savage wonders what would happen in the streets of San Francisco if a white felon had shot and killed a Latina woman while being declared innocent by a jury. The streets of the city, of course, would have erupted in complete chaos thanks to marching “Social Justice Warriors.”

From his audio podcast:

I am unable to tell you the level of my disgust with Nancy Pelosi, with the whole illiberal criminal establishment. I think they should be arrested for what they’ve done. They killed this young woman.

So, let me ask all you good progressives a question. What if God forbid, a white man had shot a Mexican woman to death, and he was not found guilty on any charge? I want to ask you what would have happened in the streets of this sick, disgusting, degenerate city that I live in?

Liberal policies are turning America into a KILL ZONE where illegals are free to roam the streets, gunning down Americans without consequence

What’s now obvious to nearly every rational person (i.e. everyone except the left-wing cultists who are mentally ill and hopelessly deranged at this point) is that liberal “sanctuary city” policies have turned America into a kill zone, where illegals can open fire on U.S. citizens with impunity. The fact that left-wing politics has brought us to this point of outrageous insanity is yet another damning indictment of the stupidity and mental insanity of the Left.

“Why is one political party, the entire bureaucracy, and two-thirds of the remaining political party fetishizing and sentimentalizing immigrants who can’t speak the language, with a grade two education, and setting up competing jurisdictions in this country that protect them at the expense of American citizens,” asked radio host Mark Steyn. “It all adds up to a picture of not just treating illegal immigrants as you would American citizens, but giving them, in effect, better treatment — special privileges because they’re here illegally. It’s very hard to imagine that an American citizen in Zarate’s position would have been acquitted on all of these charges.”

If a white man had shot an innocent woman on the streets of San Francisco, he would be widely condemned and declared guilty. But the fact that an illegal alien fired the shot now grants this criminal legal immunity from his crimes is so beyond outrageous that it’s almost indescribable. (He wasn’t even found guilty of manslaughter. He was set free of all charges except possession of a firearm.)

California’s Left-wing lunatic politicians have truly turned California’s cities into lawless shooting galleries for illegal criminals, where no fair-skinned U.S. citizen is safe. (Follow more news on the utter collapse of California at the website Collapsifornia.com.)

The backlash against this San Francisco jury decision is reinvigorating the movement to “build the wall” to prevent violent criminal illegals from entering the United States and committing mayhem and murder on the streets of America.

President Trump tweeted, “His exoneration is a complete travesty of justice. BUILD THE WALL!”

The Kate Steinle killer came back and back over the weakly protected Obama border, always committing crimes and being violent, and yet this info was not used in court. His exoneration is a complete travesty of justice. BUILD THE WALL!

Now, more than ever, given that liberal cities are openly protecting illegal alien murderers from justice, it seems that halting illegal immigration through other means might be the only meaningful way to prevent these violent criminals from murdering even more Americans in the years ahead.

Yes, we need legal immigration, with all the appropriate background checks and merit-based approvals, not unlimited, unrestrained illegal immigration where 7-time felons can waltz into America and start gunning down innocent citizens on the streets of liberal cities. Finally, if you live in a liberal city, the “sanctuary” politics of that city now mean that if you are murdered by an illegal, no one will be held accountable due to the “politics” of the situation.