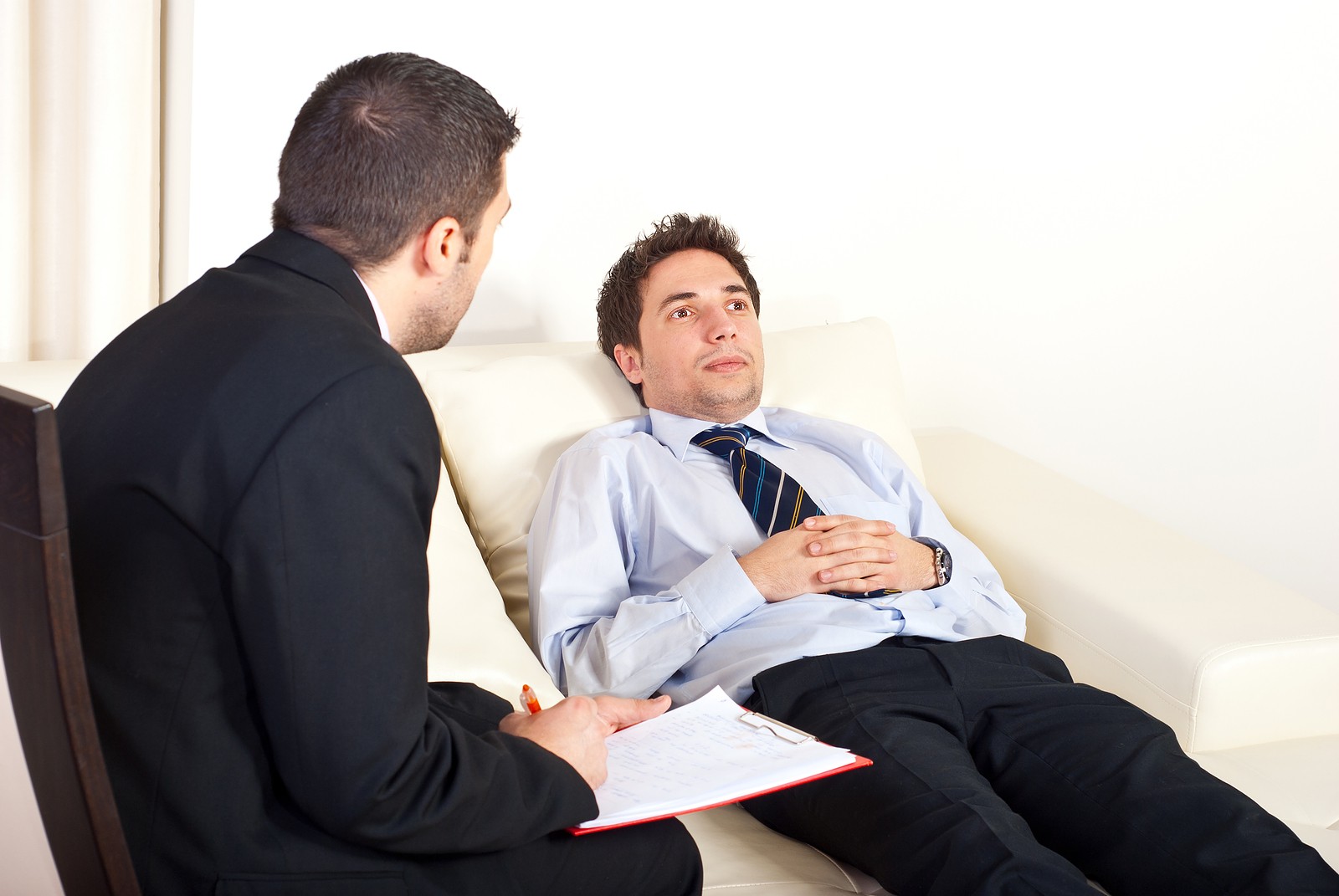 Devotees of science often assume that what is called science is real and true. It must be. Otherwise, their faith is broken. Their superficial understanding is shattered. Their “superior view” of the world is torpedoed.

Such people choose unofficial “anti-science” targets to attack. They never think of inspecting their own house for enormous fraud.

An open secret has been slowly bleeding out into public consciousness for the past ten years.

THERE ARE NO DEFINITIVE LABORATORY TESTS FOR ANY SO-CALLED MENTAL DISORDER.

And along with that:

ALL SO-CALLED MENTAL DISORDERS ARE CONCOCTED, NAMED, LABELED, DESCRIBED, AND CATEGORIZED by a committee of psychiatrists, from menus of human behaviors.

Their findings are published in periodically updated editions of The Diagnostic and Statistical Manual of Mental Disorders (DSM), printed by the American Psychiatric Association.

For years, even psychiatrists have been blowing the whistle on this hazy crazy process of “research.”

Of course, pharmaceutical companies, who manufacture highly toxic drugs to treat every one of these “disorders,” are leading the charge to invent more and more mental-health categories, so they can sell more drugs and make more money.

But we have a mind-boggling twist. Under the radar, one of the great psychiatric stars, who has been out in front in inventing mental disorders, went public. He blew the whistle on himself and his colleagues. And for several years, almost no one noticed.

His name is Dr. Allen Frances, and he made VERY interesting statements to Gary Greenberg, author of a Wired article: “Inside the Battle to Define Mental Illness.” (Dec.27, 2010).

Major media never picked up on the interview in any serious way. It never became a scandal.

Dr. Allen Frances is the man who, in 1994, headed up the project to write the latest edition of the psychiatric bible, the DSM-IV. This tome defines and labels and describes every official mental disorder. The DSM-IV eventually listed 297 of them.

In an April 19, 1994, New York Times piece, “Scientist At Work,” Daniel Goleman called Frances “Perhaps the most powerful psychiatrist in America at the moment…”

Well, sure. If you’re sculpting the entire canon of diagnosable mental disorders for your colleagues, for insurers, for the government, for Pharma (who will sell the drugs matched up to the 297 DSM-IV diagnoses), you’re right up there in the pantheon.

Long after the DSM-IV had been put into print, Dr. Frances talked to Wired’s Greenberg and said the following:

“There is no definition of a mental disorder. It’s bullshit. I mean, you just can’t define it.”

That’s on the order of the designer of the Hindenburg, looking at the burned rubble on the ground, remarking, “Well, I knew there would be a problem.”

After a suitable pause, Dr. Frances remarked to Greenberg, “These concepts [of distinct mental disorders] are virtually impossible to define precisely with bright lines at the borders.”

Frances should have mentioned the fact that his baby, the DSM-IV, had unscientifically rearranged earlier definitions of ADHD and Bipolar to permit many MORE diagnoses, leading to a vast acceleration of drug-dosing with highly powerful and toxic compounds.

Here is a smoking-gun statement made by another prominent mental-health expert, on an episode of PBS’ Frontline series. The episode was: “Does ADHD Exist?”

BARKLEY (Dr. Russell Barkley, professor of psychiatry and neurology at the University of Massachusetts Medical Center): That’s tremendously naïve, and it shows a great deal of illiteracy about science and about the mental health professions. A disorder doesn’t have to have a blood test to be valid. If that were the case, all mental disorders would be invalid…There is no lab test for any mental disorder right now in our science. That doesn’t make them invalid.

Without intending to, Dr. Barkley blows an ear-shattering whistle on his own profession.

So let’s take Dr. Barkley to school. Medical science, and disease-research in particular, rests on the notion that you can make a diagnosis backed up by lab tests. If you can’t produce lab tests, you’re spinning fantasies.

Dr. Barkley is essentially saying, “There is no lab test for any mental disorder. If a test were the standard of proof, we wouldn’t have science at all, and that would mean our whole profession rests on nothing—and that is unthinkable, so therefore a test doesn’t matter.”

That logic is no logic at all. That science is no science at all. Barkley is proving the case against himself. He just doesn’t want to admit it.

Psychiatry is all fraud all the time. Without much of a stretch, you could say psychiatry has been the most widespread profiling operation in the history of the human race. Its goal has been to bring humans everywhere into its system. It hardly matters which label a person is painted with, as long as it adds up to a diagnosis and a prescription of drugs.

But psychiatrists continue to assert they are the masters of causation. They know what’s behind “mental disorders.” They’re in charge.

What about the generalized “chemical imbalance” hypothesis stating that all mental disorders stem from such imbalances in the brain?

Dr. Ronald Pies, the editor-in-chief emeritus of the Psychiatric Times, laid that hypothesis to rest in the July 11, 2011, issue of the Times with this staggering admission:

“In truth, the ‘chemical imbalance’ notion was always a kind of urban legend—never a theory seriously propounded by well-informed psychiatrists.”

The point is, for decades the whole basis of psychiatric drug research, drug prescription, and drug sales has been: “we’re correcting a chemical imbalance in the brain.”

The problem was, researchers had never established a normal baseline for chemical balance. So they were shooting in the dark. Worse, they were faking a theory. Pretending they knew something when they didn’t.

In his 2011 piece in Psychiatric Times, Dr. Pies tries to protect his colleagues in the psychiatric profession with this fatuous remark:

“In the past 30 years, I don’t believe I have ever heard a knowledgeable, well-trained psychiatrist make such a preposterous claim [about chemical imbalance in the brain], except perhaps to mock it…the ‘chemical imbalance’ image has been vigorously promoted by some pharmaceutical companies, often to the detriment of our patients’ understanding.”

Absurd. First of all, many psychiatrists have explained and do explain to their patients that the drugs are there to correct a chemical imbalance.

And second, if all well-trained psychiatrists have known, all along, that the chemical-imbalance theory is a fraud…

…since those drugs are developed on the false premise that they correct an imbalance?

The honchos of psychiatry are seeing the handwriting on the wall. Their game has been exposed.

The chemical imbalance theory is a fake. There are no defining physical tests for any of the 300 so-called mental disorders. All diagnoses are based on arbitrary clusters or menus of human behavior. The drugs are harmful, dangerous, toxic. Some of them induce violence. Suicide, homicide. Some of the drugs cause brain damage.

So the shrinks have to move into another model of “mental illness,” another con, another fraud. And they’re looking for one.

For example, genes plus “psycho-social factors” cause mental disorders. A mish-mash of more unproven science.

“New breakthrough research on the functioning of the brain is paying dividends and holds great promise…” Professional PR and gibberish.

So even though the chemical-imbalance nonsense has been discredited, it will continue on as a dead man walking, a zombie.

Two questions always pop up when I write a critique of psychiatry. The first one is: psychiatric researchers are doing a massive amount of work studying brain function. They do have tests.

Yes, experimental tests. But NONE of those tests are contained in the DSM, the psychiatric bible, as the basis of the definition of ANY mental disorder. If the tests were conclusive, they would be heralded in the DSM. They aren’t.

The second question is: if all these mental disorders are fiction, why are so many people saddled with problems? Why are some people off the rails? Why are they crazy?

The list of potential answers is very long. A real practitioner would focus on one patient at a time and try to discover what has affected him to such a marked degree. For example:

Other items could be added.

Psychiatry is: fake, fraud, pseudoscience from top to bottom. It’s complete fiction dressed up as fact.

But the obsessed devotees of science tend to back away from this. They close their eyes. If a “branch of knowledge” as extensive as psychiatry is nothing more than an organized delusion, what other aspect of science might likewise be parading as truth, when it is actually mere paper blowing in the wind?