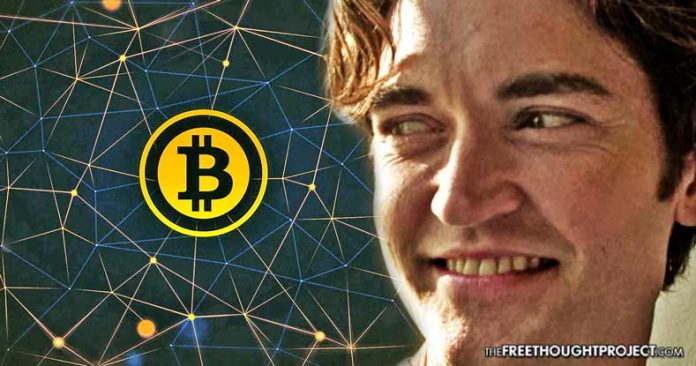 Before Bitcoin became the newest tech and investment craze, it was seen as the currency of the black market which was used to buy and sell drugs on the infamous “dark web.” In fact, one of the early adopters of Bitcoin is currently serving a life sentence for creating one of the first websites that popularized the cryptocurrency.

He was one of the first people to find a way to utilize Bitcoin that the mainstream could understand, which brought the technology into pop culture. His name is Ross Ulbricht and he is the founder of the Silk Road, the anonymous online marketplace which became a target for politicians and law enforcement because of the large volume of drugs that were being sold through the site.

On the Silk Road, drug users and vendors were able to trade anonymously using Bitcoin, making it one of the first major commerce platforms to adopt the cryptocurrency.

Even though Ulbricht did nothing but create a website—just like the famous billionaires Mark Zuckerberg or Jeff Bezos—he was treated like El Chapo in court because his invention worked against the system, instead of for it.

One important point that was heavily overlooked by the media during the Ulbricht trial was the fact that the Silk Road actually made the world a safer place by undermining prohibition. Even though drugs are illegal, large numbers of people still use them on a regular basis and these people are often put into dangerous situations because of these prohibitions.

The Silk Road allowed people to purchase drugs from the comfort of their living room to avoid the risk of getting mugged in a dark alleyway. It also allowed them to read reviews of the products that their potential dealer was selling, saving them from tainted drugs and dirty batches that could put their lives at risk.

Ross Ulbricht should have gotten the Nobel Prize for his visionary application of a new and revolutionary technology, but instead, he was arrested in October 2013 and has been sitting in federal prison ever since, awaiting a break in his case, or the end of the drug war. With his arrest, the FBI seized 174,000 Bitcoins, which was worth $34.5 million at the time. Today the Bitcoins stolen from Ulbricht are worth roughly $1,740,000,000 or $1.74 billion, and there is no telling what the government has done with that money.

In early October 2013, just before Ulbricht’s arrest, Bitcoin was still very underground and worth about $140. In the month following the shut down of the Silk Road, more people than ever flocked to Bitcoin and the dark web, pushing the cryptocurrency to new heights of $1,000 just a month later. As the mainstream media told the world about Bitcoin and what was happening on the dark web, dozens of anonymous marketplaces popped up in place of Silk Road, and some of them are still running today.

This constant reinvention of the Silk Road brand and the myriad of spin-off marketplaces is reminiscent of the battle that took place between online file sharing websites and the global record and film industries. Whenever the government took down a file-sharing site, ten more would spring up in its place, making it very difficult for authorities to keep up with the overgrowing connectivity that the internet provides.

Even now that the cryptocurrency is appearing on mainstream television and reaching a market cap that rivals that of major banks, governments still have no clue how to deal with a technology that allows citizens to easily avoid taxes and trade in prohibited goods off the radar. Just this week, Nobel Prize-winning economist Joseph Stiglitz called for the cryptocurrency to be banned, saying that “Bitcoin is successful only because of its potential for circumvention, lack of oversight….So it seems to me it ought to be outlawed.”

Meanwhile, Coinbase, one of the world’s largest Bitcoin exchanges has announced that the IRS is forcing them to hand over the information of anyone who has had more than $20,000 flowing through the site in the past year.