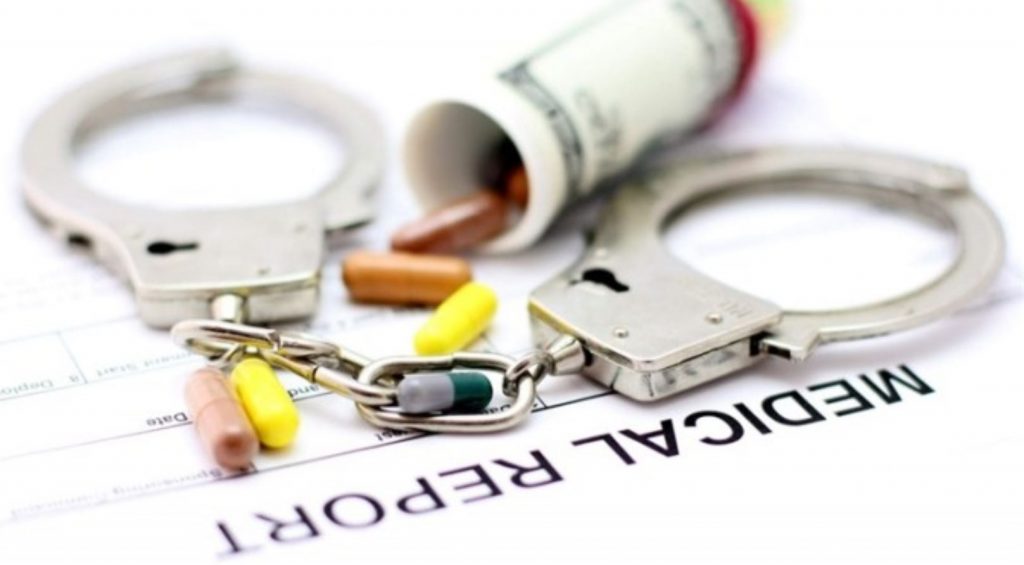 California seems to be a place where innovation regarding health issues never seems to be lacking, especially when it comes to scams, fraud, and Big Pharma interests, e.g., vaccines!

The latest boondoggle—actually a “fraudulent operation”—involved the most unfortunate denial of “care to thousands of patients – most of them on Medicaid – and falsified documents to hide it.” [1] [CJF emphasis]

When will federal, state and local governments finally “get it” and realize the healthcare industry is rife with licensed and credentialed con artists, paid consensus ‘scientists’, physicians and others who apparently believe in “follow the money” to enhance one’s coffers or specific agendas for control thereby denying others of their inherent rights while marching lockstep to vested interests agendas?

Moreover, when will governments and their regulatory agencies wake up to the fact they are enablers of such crimes against humanity by NOT implementing corrective measures and regulations with severe penalties and sanctions similar to what’s now finally happening to high power media men who violated women and their rights for decades?  Why should medicine and Big Pharma be exempt from similar consequences for harming not only women but innocent infants, children, adults and senior citizens?

Furthermore, government agencies must look to independent research, science and non-vested-interest experts for clues and FACTS as to what’s going on within the supposed ‘elite profession of legal and organized medicine’, which now can be compared with organized crime mafias and possible hit squads?

California has one such vested-interest-advocate in its State Senate, Dr. Richard Pan, MD, who received more than $95,000 in campaign cash while “Drug companies donated millions to California lawmakers before vaccine debate.”

What does that tell you and, coincidentally, prove? Lessons: Don’t bite the hand that feeds your campaign coffers.  Big Pharma express mucho appreciation for a ‘job well done’ and well worth the money paid to accomplish it.

Such activities should be criminal acts prosecuted under the statute known as The RICO Act, The Racketeer Influenced and Corruption Act [2] wherein the following can, and should, apply:

An “enterprise” is defined as including any individual, partnership, corporation, association, or other legal entity, and any union or group of individuals associated in fact although not a legal entity. 18 U.S.C.A. § 1961(4) (West 1984). Many courts have noted that Congress mandated a liberal construction of the RICO statute in order to effectuate its remedial purposes by holding that the term “enterprise” has an expansive statutory definition. United States v. Delano, 825 F. Supp. 534, 538-39 (W.D.N.Y. 1993), aff’d in part, rev’d in part, 55 F. 3d 720 (2d Cir. 1995), cases cited therein.

Medical doctors and others meet all five criteria listed above since Big Pharma pay them for using their names and professional celebrity status on ‘peer review’ papers Big Pharma ghost write and then have MDs sign for handsome “consulting fees.”  What a racket! [3, 4, 5, 6, 7, 8]  And further proof of racketeering!

Even though the U.S. Congress passed The RICO Act, its members should not be exempt from being prosecuted under RICO, since all members of Congress jump to, and also ask “how high do I jump” for lobbyists who have very deep pockets as rewards for legislative favors passed which, in most instances, profit Big Pharma, but apparently deny citizens of their medical, human and constitutional rights.

Therefore, members of Congress, who are supposed to represent the nation’s citizens—just not special vested-interest groups, i.e., the medical profession, Big Pharma, Big Ag, Big Chemical Companies—are colluding with corporations to impede important human rights being infringed upon and similar to what women have endured for decades, if not centuries, from sexually-aggressive males not only in the USA but in other ‘protective’ cultures, e.g., Saudi Arabia and much of the Middle East.

The above medical issues are the crux of the medical, Big Pharma and legal medical abuses perpetrated upon U.S. citizens—especially infants and children—who have every natural, U.S. Constitution and respective State Constitution rights to seek healthcare as they see fit; adhere to their moral and religious beliefs regarding their bodies as “Temples of the Holy Spirit”; and want to exercise their NATURAL-BORN AND GOD-GIVEN RIGHTS, regardless of the current ‘political correctness’ BS that’s restructuring global societies to conform to accepting more than two genders, transhumanism, toxins are ‘health enhancers’ and vaccines are ‘safe’(?).

Getting back to the fraudulent Medicaid-managed-care fraud in California, a whistleblower came forward with a report that prompted the following comments:

“Consumer advocates expressed alarm at the whistleblower’s findings and questioned why these problems went undetected for so long. Some said it underscores a lack of accountability among companies involved in Medicaid managed care — which receive billions in taxpayer dollars and have expanded significantly under the Affordable Care Act.

“Linda Nguy, a policy advocate at the Western Center on Law and Poverty in Sacramento, called the situation ‘outrageous’.”

“It raises questions about oversight by the state and the health plans,” she said.

The whistleblower’s report does not address what the motivation was for falsifying denial letters to patients — except to note that the small team of employees felt intense pressure from their supervisors to clear a backlog of paperwork dating back months. [1] [CJF emphasis]

However, the current Medicaid-managed-care fraud in California reminds one of the outrageous medical care fraud and staffing problems experienced by U.S. military veterans trying to get healthcare they were entitled to from the Veterans Administration, which prompted the FBI to launch a criminal probe of the VA.

It is Congress that mucks up the system by their greedy hands always looking for campaign donations instead of doing what voters sent them to Washington, DC, to do: the PEPOLE’S BUSINESS, not Big Pharma’s, not Big Oil’s, not Big Ag’s, not Big Chemical Companies like Monsanto, who apparently ‘own’ the FDA and the U.S. Supreme Court, since former Monsanto employees Michael Taylor and Clarence Thomas are in extremely efficacious places in federal government to influence corporate agendas, or so it seems.

Healthcare, Vaccine and Big Pharma Fraud MUST BE Disclosed

After numerous women started reporting sexual abuses at #MeToo, many sexual predators in high places were routed out from within the corporate woodwork.  Similar whistleblowing needs to be done regarding HHS, CDC, FDA, EPA, USDA and all the alphabet agencies in Washington, DC, and at state capitols too.

Not only do powerful corporate officials need to be exposed for their vested-interest abuses, so do the corporations for which they work and their lobbyists who promote their dishonest agendas!