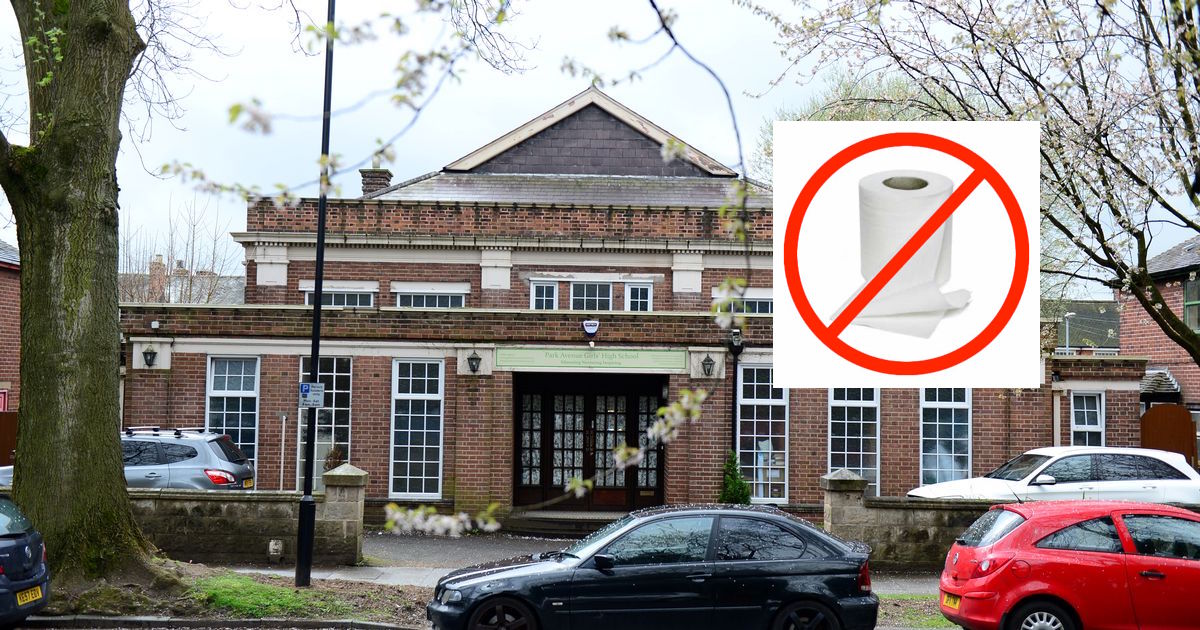 The more Islam in a culture, the more primitive the culture. This is a school in Great Britain. How long before PM Theresa May follows suit – out of respect, of course?

The headteacher Abdul Ghafoor Salloo defended the policy, insisting the school catered for the cultural needs of the pupils. “The children they do use the toilets and traditionally, because we are [Muslim], we wash, not only wipe. There are facilities for pupils to clean themselves,” he said.

Ah yes, it is cleaner this way.

They expect we will believe anything. Islam is peace, right?

Muslim girls’ school has received the lowest Ofsted rating available after inspectors discovered that pupils were not provided with lavatory paper for “cultural reasons”.

Staff at the fee-paying Park Avenue Girls’ High School, in Stoke-on-Trent, said paper was available from the school office, but because most of the students were Asian, they preferred to wash rather than wipe.

But some of the girls told inspectors they were so unhappy about the situation that they avoided using the lavatory all day.

The school, which was visited by inspectors October, was rated “inadequate”, with the report identifying a range of concerns, including safeguarding problems and the discovery of sectarian material on the premises.

The Ofsted report stated: “At the time of the inspection, it was not the school’s common practice to provide soap for pupils’ hand-washing, toilet roll in the toilets or suitable drinking water.

“Toilet paper is available from the school office when pupils request it. Pupils told inspectors that they sometimes avoided using toilets for the whole school day because of this.”

But headteacher Abdul Ghafoor Salloo defended the policy, insisting the school catered for the cultural needs of the pupils.

The children they do use the toilets and traditionally, because we are Asian, we wash, not only wipeAbdul Ghafoor Salloo

“The children they do use the toilets and traditionally, because we are Asian, we wash, not only wipe. There are facilities for pupils to clean themselves,” he said.

“Some pupils, they avoid using toilets because they don’t like going in there.

“There are facilities for cleaning yourself in the toilet – it might be hard for someone who doesn’t traditionally wash to understand and washing is better than wiping clean.

Inspectors also criticised the fact there were no shower facilities available at the school, which has 34 pupils aged between 11 and 16.

In addition the report stated: “Safeguarding is ineffective. Leaders have not ensured that the school premises are a safe place for pupils, and some checks on staff’s suitability to work with children are incomplete

“Leaders’ checks on attendance and safeguarding issues are not robust. Their checks lack detail and do not contribute strongly to keeping pupils safe. Therefore, pupils’ welfare is not assured.”

The report went on: “Inspectors found published sectarian material in a storeroom behind the school office. They made the headteacher aware of this.

“The headteacher explained that he was not aware of how the materials came to be in school.

“At the end of the inspection the headteacher confirmed that he planned to destroy the material and suitably vet all remaining published material in the school.

“Inspectors did not find any evidence that this sectarian material had influenced teaching or learning in school.

“However, material of this kind has no place in schools and leaders have not ensured that systems are in place to prevent such literature from entering the school and being accessible in a storeroom.”

The inspectors said the playground was also not appropriate because it presented too many dangers to pupils.

“Currently, pupils are not safe in this school. Leaders have not identified the range of risks present on the school site.

“For example, inspectors found windows, both single- and double-glazed, that were broken, sharp and accessible to pupils.”

But despite the various problems inspectors noted that the relationships between staff and pupils were strong and this had a positive impact on pupils’ behaviour.

They added: “Pupils’ behaviour is good. They follow instructions willingly and are well behaved at all times while on the school premises.”