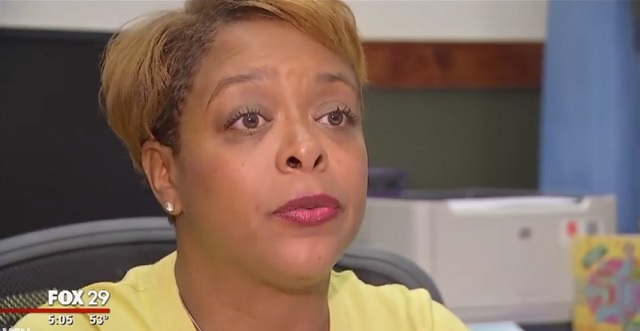 According to Philadelphia 8th District Councilwoman Cindy Bass, shopkeepers protecting themselves with bulletproof plexiglass represents an “indignity” to her constituents and should therefore be banned.

For Jeff Liu, the thick plexiglass window that separates him from patrons at his Germantown beer deli, Kenny’s Seafood & Steak, is a matter of safety. For City Councilwoman Cindy Bass, the barrier window is an insult.

The plexiglass partition serves to protect workers from crime, but it also cuts them off from customers — a literal and metaphorical divider between their worlds.

Several years ago, after Liu argued with a man selling drugs in the Wayne Avenue deli’s lobby, the man returned with a rifle and shot Liu’s car, shattering its windows, Liu said.

Bass says the windows only foster a sense that the establishment – more specifically, its clientele – is dangerous. And that too many of those stores masquerade as eateries when their biggest sales draw is alcohol, feeding vices in the city’s struggling neighborhoods.

“It’s an indignity” to buy a meal through such a window, she said.

[…]Yale sociology professor Elijah Anderson, who has written extensively on Philadelphia’s urban environment said the plexiglass window sets up “a symbol of distrust” in neighborhoods where many African Americans live.

“Of course some people are bad, but most people who come to that window are good, and they’re not trusted either. That angers, alienates them,” said Anderson, who previously taught at the University of Pennsylvania. “They know they’re civil, honest people. They’re hit with this symbol of distrust and it works on your psyche in subtle ways. You know that you’re devalued as a customer.”

But Adam Xu, 54, chairman of the Asian American Licensed Beverage Association of Philadelphia, said the protective window should be a business owner’s choice. His association represents 217 beer delis in the city, about 70 percent of which are owned by people who are ethnic Chinese and another 20 percent of Korean descent.

“Most of our businesses,” he said, “are in not-as-safe neighborhoods.”

Sorry Mr. Xu, but as the saying goes, “when you’re accustomed to privilege, equality feels like oppression.”

You may think preventing your shopkeepers from being murdered is of prime importance, but is that really more important than preventing microaggressions?

Take down your glass, unlock your doors, hand over your guns and prepare to get “social justice” handed to you good and hard.