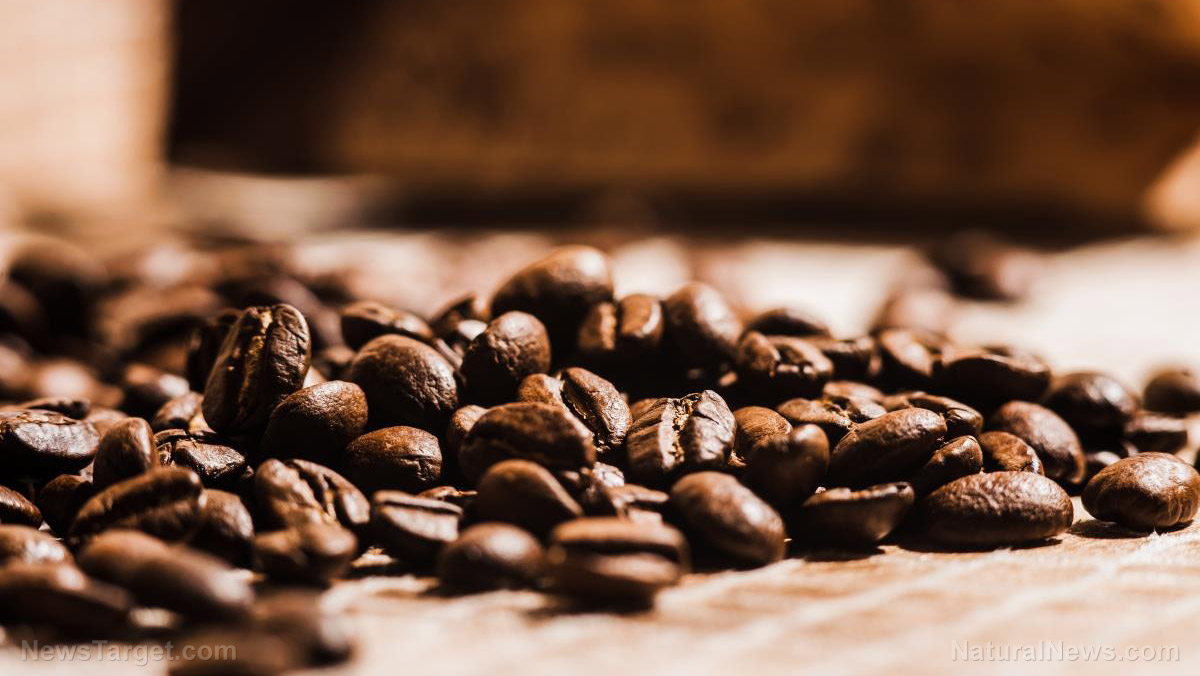 (Natural News) Drinking up to three cups of coffee daily may improve longevity and reduce the risk of all-cause mortality, according to a study published in the Annals of Internal Medicine. As part of the study, a team of researchers at the International Agency for Research on Cancer (IARC) and the Imperial College London has examined the beneficial effects of coffee consumption among people across 10 European countries including the United Kingdom, Denmark, France, and Italy. The study has received funding from the European Commission Directorate General for Health and Consumers and the IARC.

The research team has pooled data from the European Prospective Investigation into Cancer and Nutrition (EPIC) study with a total cohort population of  521,330 participants older than 35 years. The scientists have then evaluated the participants’ diet through questionnaires and interviews. Data from a 16-year follow-up has revealed that nearly 42,000 participants died from various conditions such as cancer, circulatory diseases, heart failure, and stroke.

The study has found out that coffee drinkers have exhibited healthier livers and better glucose control compared with non-drinkers. In addition, the scientists have observed a similar effect after consuming decaffeinated coffee.

“We found that higher coffee consumption was associated with a lower risk of death from any cause, and specifically for circulatory diseases and digestive diseases. Importantly, these results were similar across all of the 10 European countries, with variable coffee drinking habits and customs. Our study also offers important insights into the possible mechanisms for the beneficial health effects of coffee. We found that drinking more coffee was associated with a more favorable liver function profile and immune response. This, along with the consistency of the results with other studies in the U.S. and Japan gives us greater confidence that coffee may have beneficial health effects,” lead author Dr. Marc Gunter reports in a university press release.

However, the expert has acknowledged the limitations of the study and stressed that moderate coffee intake may improve overall health.

“Due to the limitations of observational research, we are not at the stage of recommending people to drink more or less coffee. That said, our results suggest that moderate coffee drinking – up to around three cups per day – is not detrimental to your health, and that incorporating coffee into your diet could have health benefits,” Dr. Gunter adds.

A 2015 study has also demonstrated that drinking three to five cups of coffee a day may boost the body’s overall well-being. Health experts at the Harvard T.H. Chan School of Public Health have pooled data from three large ongoing studies with a total cohort population of 208,501 participants as part of research. The scientists have also assessed the participants’ smoking habits, body mass index, and physical activity as well as alcohol consumption and other dietary factors. (Related: Coffee drinkers have a lower mortality rate and lower risk of various cancers.)

The findings reveal that more than 19,500 women and nearly 12,500 men have died from a range of causes during the follow-up period. However, the researchers have found that participants who had moderate coffee intake are less like to die of cardiovascular disease, diabetes, neurological diseases, and suicide compared with non-drinkers and those with lower coffee intake levels. The scientists have also observed that participants who drank either caffeinated or decaffeinated coffee both achieved similar health benefits.

“Bioactive compounds in coffee reduce insulin resistance and systematic inflammation. That could explain some of our findings. However, more studies are needed to investigate the biological mechanisms producing these effects,” first author Ming Ding explains in a university press release.