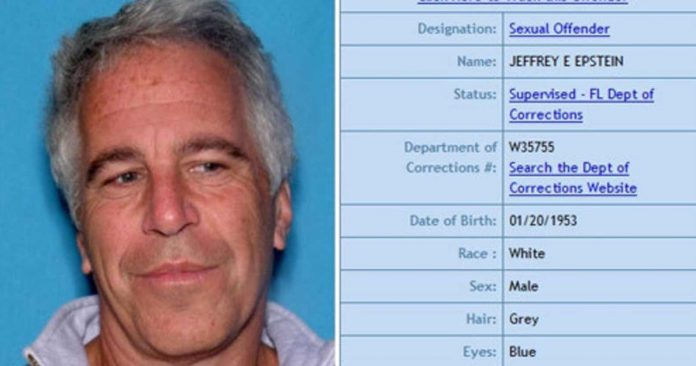 West Palm Beach, FL – When a convicted sex offender appears in court over a lawsuit filed on behalf of three of the many women he assaulted when they were young girls, it is assumed that his actions will be examined in detail, and the content will be graphic.

However, in the case of a lawsuit filed against billionaire Wall Street hedge fund manager Jeffrey Epstein, 64, the judge presiding over it has declared that when it comes to “graphic, sexual questions, the likelihood is that I will not allow them into evidence.”

Palm Beach County Circuit Judge Donald Hafele already ruled in favor of Epstein when he agreed to delay the next hearing in the 8-year-old civil lawsuit until March 2018, according to a report from the Palm Beach Post. Now, the idea that he won’t allow “graphic, sexual questions” in a lawsuit over sexual misconduct is ludicrous.

This lawsuit, which was filed on behalf of three women who claim Epstein paid them to give him “sexually-charged massages” at his mansion in Palm Beach when they were teenagers, is arguably one of Epstein’s lesser crimes.

“I don’t want this to turn into whether Jeffrey Epstein is a serial child molester,” The judge said, warning that he will limit the evidence that can be used against Epstein

As Hafele acknowledged, it is likely that the jury members, in this case, will be informed about the last time Epstein was sentenced to prison, after he negotiated a non-prosecution agreement with federal prosecutors in 2008.

If that sounds like an incredibly light sentence for the crime Epstein was convicted of, that’s because it is. As the Palm Beach Post noted, in exchange for the year Epstein spent in prison, “federal prosecutors agreed not to pursue allegations that he had abused dozens of other teenage girls, instead allowing them to file civil lawsuits against Epstein.”

Epstein has already paid more than $5.5 million in settlements to the three women. They are just a few of the more than two dozen women who Epstein has paid undisclosed amounts of money to, in exchange for their silence, according to the report.

Attorney Jack Scarola has said he intends to call Virginia Roberts Giuffre to testify in this case. She claimed in a civil lawsuit that when she was 15 years old, and working at Mar-a-Lago in Palm Beach, she was recruited by Epstein’s girlfriend to act as his “sex slave” while he abused her and “passed her around” to his wealthy friends.

As The Free Thought Project has reported, the wealthy friends hosted by Epstein on his private jet include former President Bill Clinton and Hollywood actor Kevin Spacey—both of whom have been accused of sexual assault on numerous occasions but have not been prosecuted.

Judge Hafele’s warning that he plans to limit the evidence that can be used against Epstein serves as a reminder that this is not the first time Jeffrey Epstein has been let off with nothing more than “a slap on the wrist,” and it lessens the likelihood that Epstein, along with all of the employees who enabled, and the friends who engaged in the sexual assault of underage women, will never truly face consequences for their actions.