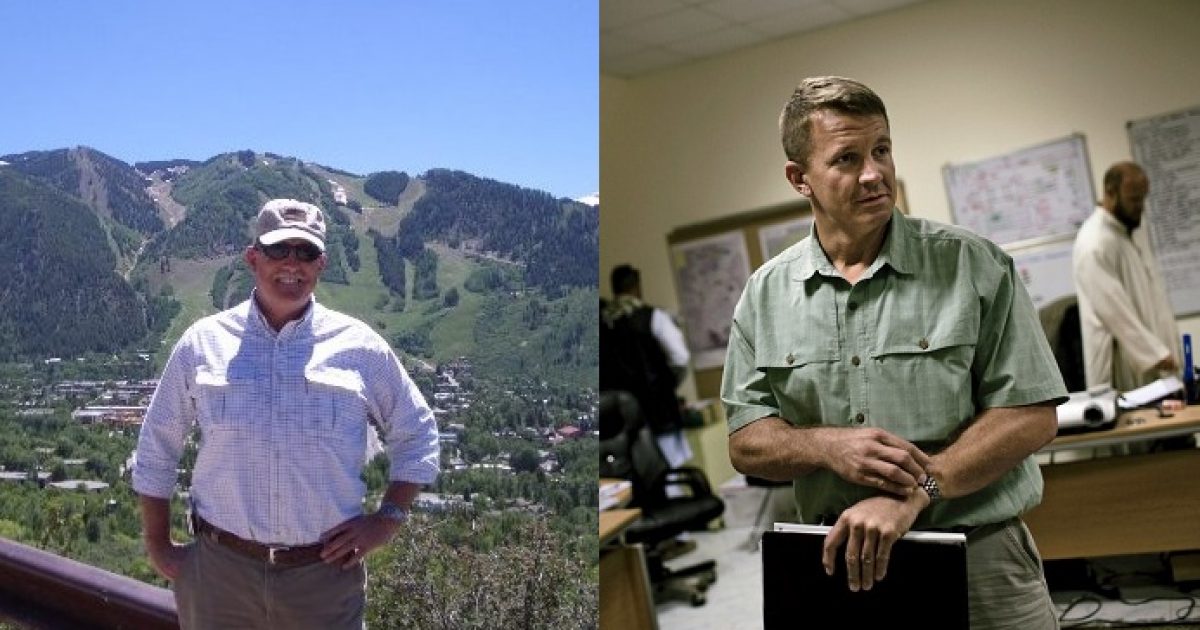 A retired Central Intelligence Agency Agent, who is reported to be working with Blackwater founder Erik Prince, has allegedly claimed that it was National Security Advisor H. R. McMaster (You know him as an Islamic apologist in our government) worked alongside the National Security Agency (NSA) to surveil Donald Trump Jr., Eric Trump, Steve Bannon and others, according to a report that’s come out this week.

The report came from The Intercept, and in that report, it was revealed that the Trump administration is “considering a set of proposals developed by Blackwater founder Erik Prince and a retired CIA officer — with assistance from Oliver North, a key figure in the Iran-Contra scandal — to provide CIA Director Mike Pompeo and the White House with a global, private spy network that would circumvent official U.S. intelligence agencies, according to several current and former U.S. intelligence officials and others familiar with the proposals. The sources say the plans have been pitched to the White House as a means of countering “deep state” enemies in the intelligence community seeking to undermine Donald Trump’s presidency.”

CIA veteran John R. Maguire, who served on Trump’s transition team and is currently working for the intelligence contractor Amyntor Group, is working with Prince on the network.

Though both Prince and Maguire deny they are working together, The Intercept reports, “Those assertions, however, are challenged by current and former U.S. officials and Trump donors who say the two men were collaborating.”

A former senior intelligence official with direct knowledge of the efforts scoffed at Prince’s denials. “Erik’s proposal had no company names on the slides,” this person said, “but there is no doubt that Prince and Maguire were working together.”

However, according to a top Trump fundraiser, Prince and Maguire were working together to gain support for private military contracting efforts in Afghanistan until another CIA contract opened up for the project.

It was then during these conversations that Maguire allegedly revealed that information was being withheld from President Donald Trump by Obama administration holdovers, and that H. R. McMaster authorized the spying operation of the Trump family, as well as Steve Bannon and others and that intel was sent to a George Soros-owned facility.

“[Maguire] said there were people inside the CIA who joined in the previous eight years [under Obama] and inside the government, and they were failing to give the president the intelligence he needed,” said a person who was pitched by Maguire and other Amyntor personnel. To support his claim, Maguire told at least two people that National Security Adviser H.R. McMaster, in coordination with a top official at the National Security Agency, authorized surveillance of Steven Bannon and Trump family members, including Donald Trump Jr. and Eric Trump. Adding to these unsubstantiated claims, Maguire told the potential donors he also had evidence McMaster used a burner phone to send information gathered through the surveillance to a facility in Cyprus owned by George Soros.

“John [Maguire] was certain that the deep state was going to kick the president out of office within a year,” a potential donor Maguire spoke with said.

“These guys said they were protecting the president,” the donor added.

Well, we do know there have been attacks on Trump, both physical and political that have come from inside the government.  In fact, Dr. William Mount has warned Trump ahead of several attempts on his life.

However, if these allegations are true, having McMaster in the position he is in is even worse than previously thought.  Not only is he engaging in taqiyya for Islam, but he’s undermining not just the current administration but the US Constitution, as well.