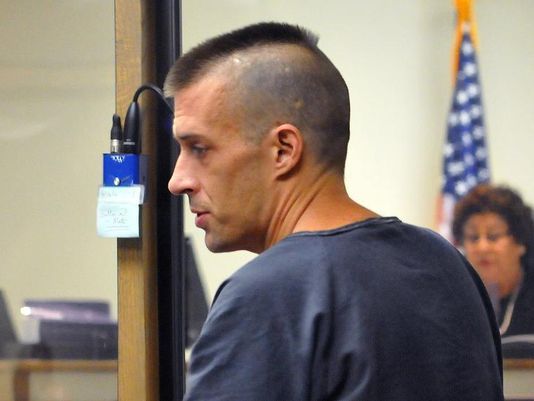 In San Francisco, five-times deported illegal alien Jose Ines Garcia Zarate is found not guilty of killing Kate Steinle and convicted only for illegal possession of a firearm, for which he will be sentenced to prison for 16 months to three years maximum.

But in Florida, a man gets 15 years in prison for breaking into and leaving a slab of bacon in a mosque.

Tess Sheet and J.D. Gallop report for Florida Today, Dec. 5, 2017, that Michael Wolfe, 37, faces 15 years in prison after pleading guilty to breaking into the Islamic Society of Central Florida Masjid Al-Munin Mosque in Titusville and leaving a slab of raw bacon in January 2016.

Police said Wolfe broke into the mosque, ripping down lights, smashing windows and leaving behind the bacon. The bacon “enhanced” Wolfe’s criminal mischief into a hate crime because pork — including bacon and ham — is prohibited in Islam.

State Attorney’s Office spokesman Officer Todd Brown said that Wolfe “entered a plea deal and plead guilty to vandalizing the mosque itself with hate crime enhancement, making it a felony. He waived his right to a pre-sentencing investigation.” Details of Wolfe’s motive were not released.

Prosecutors said Wolfe’s sentencing was reached after discussions with the Islamic Society of Central Florida and Titusville police.