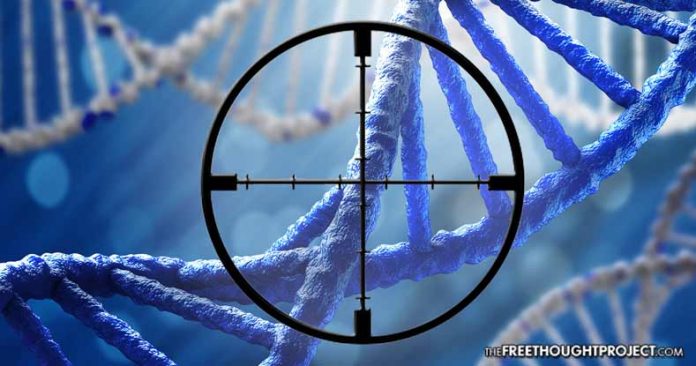 Washington, D.C. – A secretive US military technology agency, known as the Defense Advanced Research Projects Agency (DARPA), is investing $100m into “gene drive” research in an effort to procure genetic extinction technologies according to emails released under freedom of information rules.

The documents reveal that DARPA has become the world’s leading source of funding for genetic extinction technology. This information comes as a panel of experts with the UN Convention on Biological Diversity (CBD) meet to debate whether to impose a moratorium on gene research after several southern countries expressed fear of a potential military application.

UN diplomats confirmed to The Guardian that the release of the emails would worsen the “bad name” of gene drives in some circles.

“Many countries [will] have concerns when this technology comes from DARPA, a US military science agency,” one said.

According to the report in The Guardian:

Interest in the technology among US army bureaus has shot up since a secret report by the elite Jason group of military scientists last year “received considerable attention among various agencies of the US government”, according to an email by Gerald Joyce, who co-chaired a Jason study group in June.

A second Jason report was commissioned in 2017 assessing “potential threats this technology might pose in the hands of an adversary, technical obstacles that must be overcome to develop gene drive technology and employ it ‘in the wild’,” Joyce wrote.

The paper would not be publicly disclosed but “widely circulated within the US intelligence and broader national security community”, his email said.

Interestingly, just a little over a month ago, Russian President Vladimir Putin made, what seemed at the time, an outlandish claim that some shadowy entity – possibly with ties to the United States – had been collecting biological tissues from Russians from different ethnic groups.

“Do you know that biological material is being collected all over the country, from different ethnic groups and people living in different geographical regions of the Russian Federation? The question is – why is it being done? It’s being done purposefully and professionally. We are a kind of object of great interest,” Putin told Russia’s Human Rights Council, without making any specific accusations of who was behind the collection of biological samples.

“Let them do what they want, and we must do what we must,” he said.

Although some initially discounted Putin’s statements as a conspiracy theory, in fact, he was correct in his assertion: The group responsible for the tissue collection was identified as none other than the US Air Force.

According to a report by Zero Hedge:

A representative for the US Air Force Education and Training Command explained to Russia Today that the choice of the Russian population was not intentional, and is related to research the Air Force is conducting on the human musculoskeletal system.

Eyebrows were first raised in July when the AETC issued a tender seeking to acquire samples of ribonucleic acid and synovial fluid from Russians, adding that all samples (12 RNA and 27 synovial fluid) “shall be collected from Russia and must be Caucasian.” The Air Force said it wouldn’t collect samples from Ukrainians, but didn’t specify why.

Downey told Russian media that the study required two sets of samples: disease and control samples of RNA and synovial membrane. The first set was provided by a “US-based company.”

Since the first set of tissue, provided by a US company, was sourced from Russia, the Air Force opted to collect the second set of data from Russians, too, to eliminate any confounding variables that could skew the results of the study. He did not say which set – the control or the diseased set – was collected first, and neglected to provide any further details about the study.

Although there is no publicly acknowledged research into weaponized genetics, many suspect this explanation is merely an obfuscation of the truth, and that the Pentagon is collecting the biological samples for military application.

“I’m not saying that it is about preparing a biological war against Russia. But its scenarios, are, no doubt, being worked on. That is to say, in case the need suddenly arises,” Franz Klintsevich, the first deputy chairman of the Federation Council’s Committee for Defense and Security, wrote on Facebook.

“It is also no secret that different ethnic groups react differently to biological weapons. Hence the collection of the biological material from Russians living in different geographical locations. In the west, everything is done extremely scrupulously and is verified up to the tiniest detail,” Klintsevich added.

Jim Thomas, a co-director of the ETC group which obtained the emails, said the US military influence they revealed would strengthen the case for a ban.

“The dual use nature of altering and eradicating entire populations is as much a threat to peace and food security as it is a threat to ecosystems,” he said. “Militarization of gene drive funding may even contravene the Enmod convention against hostile uses of environmental modification technologies.”

Aside from the biowarfare aspect, some UN experts, worry about unintended consequences of operationalizing this technology.

Cutting-edge gene editing tools such as Crispr-Cas9 work by using a synthetic ribonucleic acid (RNA) to cut into DNA strands and then insert, alter or remove targeted traits. These might, for example, distort the sex-ratio of mosquitoes to effectively wipe out malarial populations.

“You may be able to remove viruses or the entire mosquito population, but that may also have downstream ecological effects on species that depend on them,” one UN expert told The Guardian.

“My main worry,” he added, “is that we do something irreversible to the environment, despite our good intentions, before we fully appreciate the way that this technology will work.”

A spokesman for DARPA defended the agencies foray into gene extinction technology.

“This convergence of low cost and high availability means that applications for gene editing – both positive and negative – could arise from people or states operating outside of the traditional scientific community and international norms,” the official said. “It is incumbent on DARPA to perform this research and develop technologies that can protect against accidental and intentional misuse.”

Kremlin spokesman Dmitry Peskov noted that Russia is in possession of intelligence suggesting that NGOs are collecting the genetic material, which presumably prompted Putin’s initial speculation about who might be behind the collections.

“Some emissaries are really carrying out such activities, representatives of Non-Governmental Organizations (NGOs) and other bodies. Such cases were registered, and security services, the president naturally have this information,” Peskov said.

If the threat of thermonuclear war with Russia wasn’t harrowing enough, we can now all take solace in the fact that another potentially apocalyptic technology is being weaponized to kill vast swaths of the human population.