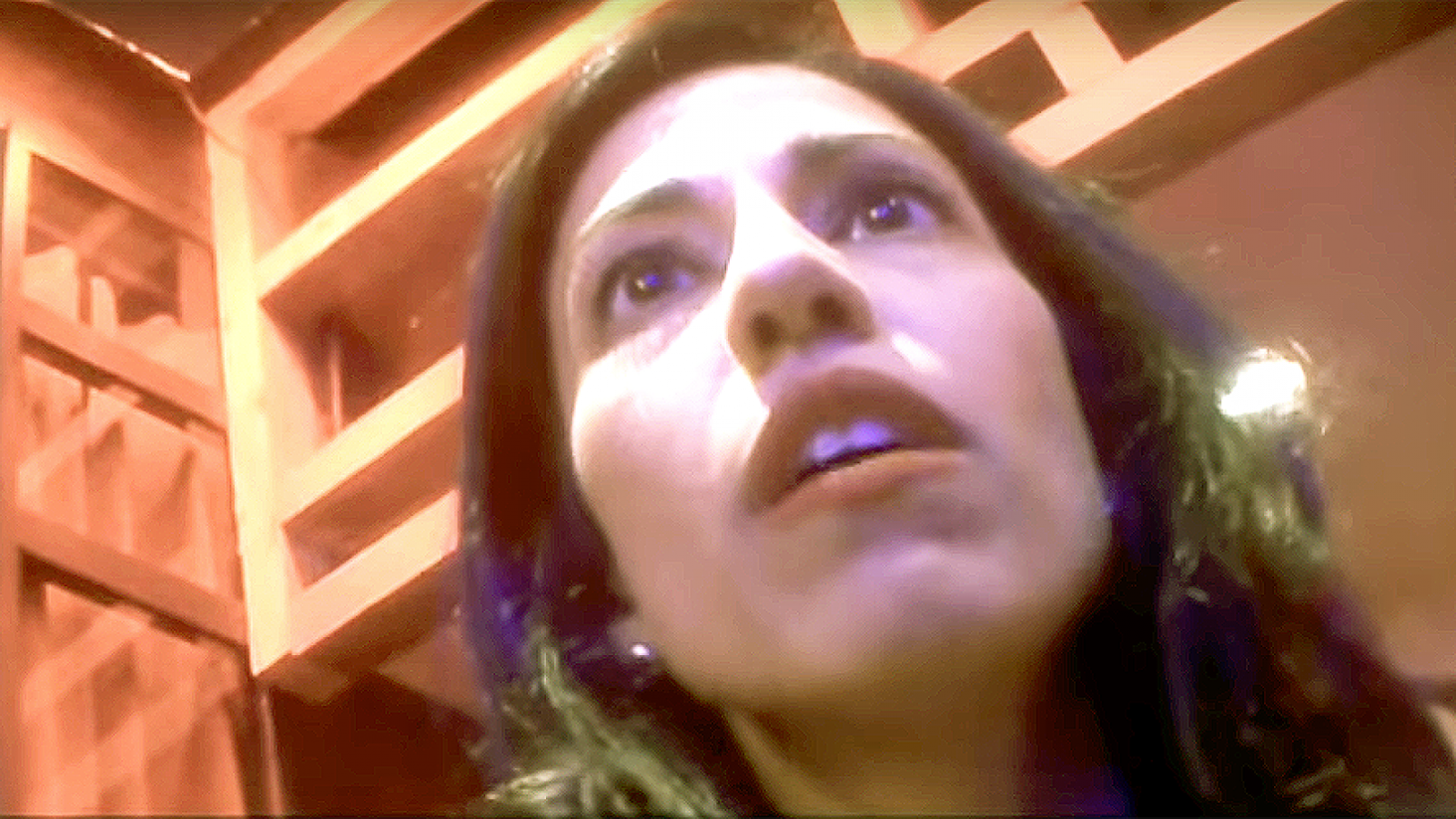 Huma “Abedin did not know that Clinton had a private server until about a year and a half ago when it became public knowledge.” 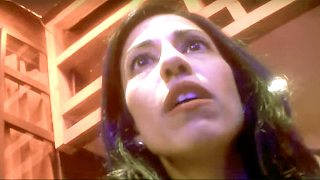 Abedin, Hillary’s closest aide, was being interviewed at the FBI’s Washington D.C. field office by two unnamed agents. Also present was Peter Strzok, the counterintelligence FBI figure embroiled in a scandal because of the pro-Hillary and anti-Trump texts exposed by his extramarital affair.

The field office is another one of those bland government buildings located near enough to the Mall for tourists who are going the wrong way to stumble on it, but not interesting enough for them to notice it. The building, like so many others, is part of the deeper architecture of the governing city that matters far more than the showy museums or even the White House and its adjacent Eisenhower Executive Office Building. The decisions that make the news happen in the White House and the Eisenhower Executive Office Building. But the decisions that really matter take place in more obscure places, like a bland government building.

That other less glamorous government is bureaucratic. It runs on seemingly meaningless paperwork and procedures that conceal hidden motives and agendas. The bureaucracy is a theater. The titles are roles and masks. The actors read from the script, but they are all starring in the same play.

On the stage of the FBI field office were Huma Abedin, a woman living dual lives as a devout Muslim with links to the Muslim Brotherhood and a progressive activist with a Jewish husband, Karen Dunn, from Boies, Schiller & Flexner, the powerful firm with close ties to Democrats and the Clintons, who was set to be Hillary’s White House Counsel, David Laufman, a DOJ official who was an Obama donor, and Peter Strzok, a top FBI man who was actually a passionate Hillary supporter.

Everyone on the stage had a dual role. They were playing their parts as FBI investigators, lawyers, DOJ officials and government aides. And behind the kabuki masks, they were all Hillary Clinton supporters.

The particular decision that made the Huma Abedin interview little more than a formality had already been made. Peter Strzok was in on the drafting of the Comey letter exonerating Hillary Clinton. He had made sure that “grossly negligent” would be turned into “extremely careless”. So it didn’t matter very much that Huma Abedin was lying through her carefully polished teeth or whether her interlocutors were “grossly negligent” or just “extremely careless”.

Huma “Abedin did not know that Clinton had a private server until about a year and a half ago when it became public knowledge,” the notes read. But emails showed that Abedin was aware of the server that she claimed not to have known about. Justin Cooper, the Clinton aide behind the infamous email server, had told the FBI that he and Huma Abedin had discussed what kind of email domain to set up on the server and signed off on the Clintonemail.com domain name.

Not only that, but Huma Abedin had her own clintonemail.com account. Anyone who wanted to reach her, emailed [email protected] And she used it frequently. Materials from her State Department account were routinely forwarded to her private email. These included classified documents. But Huma Abedin claimed not to understand how communications technology or classified information worked. Like Hillary, she tried to plead ignorance or ambiguity to everything.

An aide whose whole public image had been built on superhuman competence suddenly didn’t know how anything worked. Huma couldn’t access her email or archive it and had no idea where the Hillary laptop archive had gone.

Monica Hanley, Hillary’s “confidential” assistant, however suggested that she had given the Clinton email archive to Huma on a thumb drive. Huma Abedin had picked Hillary’s email address and was responsible for managing her passwords. Huma pleaded ignorance to everything and was never held challenged or held accountable for it by the men who had all the evidence of her deceptions in their hands.

Huma Abedin repeated Hillary Clinton’s lie about the Secretary of State using a personal phone because she didn’t want to carry around two devices. In reality, Cooper, had told the FBI that Hillary Clinton liked using a flip phone and a BlackBerry. There were a total of 11 BlackBerry devices. Some of these were physically destroyed with a hammer by Cooper. And then there were all the iPads.

The claim that Hillary Clinton just couldn’t handle more than one device had already been disproven. But Strzok and Laufman never challenged Huma Abedin about the basic contradictions in her story.

There were certainly plenty of grounds for the FBI to conclude that Huma Abedin had lied. And her efforts to play dumb were blatantly misleading. But instead Huma Abedin, like Cheryl Mills and other Hillary associates, received a pass. The same ruthless pressure that would be brought to bear by Strzok and others on General Flynn, George Papadopoulos, Paul Manafort and others were wholly absent here.

Flynn and Papadopoulos would be forced to plead guilty to lying to the FBI. Huma Abedin’s deceit was met with no such sanction. The raids and arrests that targeted Trump associates had no parallel on the Clinton side of the political border. While Papadopoulos was arrested at the airport to rattle him into admitting everything, Abedin was brought in for a chummy chat overseen by two political allies of her boss. It was not the first time that Huma Abedin had received a pass over deeply problematic behavior. 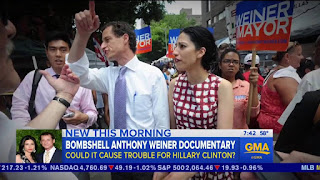 Abedin’s charmed existence included working for the State Department, the Clinton Foundation and Teneo, a Clinton allied consultancy. Teneo was paying her $350,000 even while she was working for the government. Teneo’s clients include multinationals. It has offices in Dubai and Qatar. Teneo was involved in a curious Clinton intervention in Iran. And a figure touted as a “Teneo operative in London” praised Obama’s nuclear arrangement with Iran.

Behind these financial dealings, contacts and covert deals, is the older and darker history of Huma Abedin’s Islamist allegiances. Raised in Saudi Arabia by staunchly Islamist parents until she was ready to go to college, Huma Abedin was the product of an environment fundamentally hostile to the United States.

Her parents, Syed and Saleha Mahmood Abedin, were unrelenting adherents of organizations such as the Union of Good, a Hamas fundraising front, and the Institute of Muslim Minority Affairs, which had its own links to Al Qaeda and Hamas. Her mother apparently continues to be employed by the Saudi government to promote these dangerous and threatening Islamic supremacist views.

Huma Abedin had worked for the IMMA for twelve years and had served on the editorial board for its journal. During her tenure, IMMA’s journal promoted Jihad, violence toward non-Muslims, female genital mutilation and the supremacy of Islamic law over all political and legal systems. The journal contained threatening messages toward Jews and Christians.

Abedin had played a leadership role at George Washington University’s Muslim Students Association when its chaplain was Anwar Al-Awlaki, a future leader of Al Qaeda in the Arabian Peninsula. MSA chapters have been notorious for producing future leaders of Al Qaeda, and for indoctrinating their members with hateful views toward non-Muslims, toward Jews and Christians, and toward America.

Any of these troubling issues should have been enough to preclude Huma Abedin from gaining open access to classified information and becoming the closest trusted aide to the Secretary of State, let alone to a woman aspiring to become the President of the United States.

But the rules never actually applied to Huma Abedin. And they didn’t apply to her because Hillary Clinton decided that her own exemption from the rules should also cover Huma Abedin.

Hillary Clinton was able to ignore the rules on handling classified information. And so was Huma. Conflicts of interest between the Clinton Foundation, the State Department and assorted side projects that pulled in money from wealthy and powerful interests, some of them foreign, were not an issue.

And so Huma, like Hillary, was able to cash in on her government job in the private sector even while still being employed by the government. Huma could use a Yahoo email account for classified information, an account that had likely been hacked, with no consequences. Like Hillary, Huma could pretend that she didn’t remember and didn’t understand how email or classified information worked.

Hillary Clinton was able to lie to the FBI and get away with it. And so was Huma Abedin.

And, like Hillary, Huma’s radical associations and extremist views were not subject to any scrutiny. When attempts were made to examine her family ties to the Muslim Brotherhood, the establishment rushed to shut them down. It wasn’t merely a fear of Islamophobia. It was, more accurately, Hillaryphilia.

That was the staged drama that unfolded in the FBI field office unbeknownst to the tourists riding their Uber and Lyft pickups to the National Air and Space Museum or to the National Archives to see copies of the founding documents that were being trampled on in bland government buildings like these.

Everyone in the room knew what Huma Abedin had done. They knew she was lying. And they didn’t care.

Huma Abedin had never been held accountable for her Islamist past. Working for an organization that advocated terrorism and violence against women had never been held against her. Juggling the influence operations of Teneo and the State Department had never resulted in any consequences. And abusing classified information and then lying about it to the FBI was just business as usual.

Huma Abedin lied to the FBI and got away it. And that lie is almost trivial compared to the larger deceptions that allowed a woman with ties to enemies of this country to sit at the right hand of the Secretary of State. When Hillary Clinton arrived in a foreign country, she did not ride with our ambassador, as is traditional, but with Huma Abedin. This offensive behavior flouted diplomatic tradition and humiliated our ambassadors, but it also showed the power Huma had over Hillary.

Collusion is all the talk of the town in Washington D.C. Obscure associations with Russia are examined and turned over from every angle. But some forms of collusion are as obvious as the Abedin family.

And even when they are hidden away in obscure government buildings, they cannot hide for long.