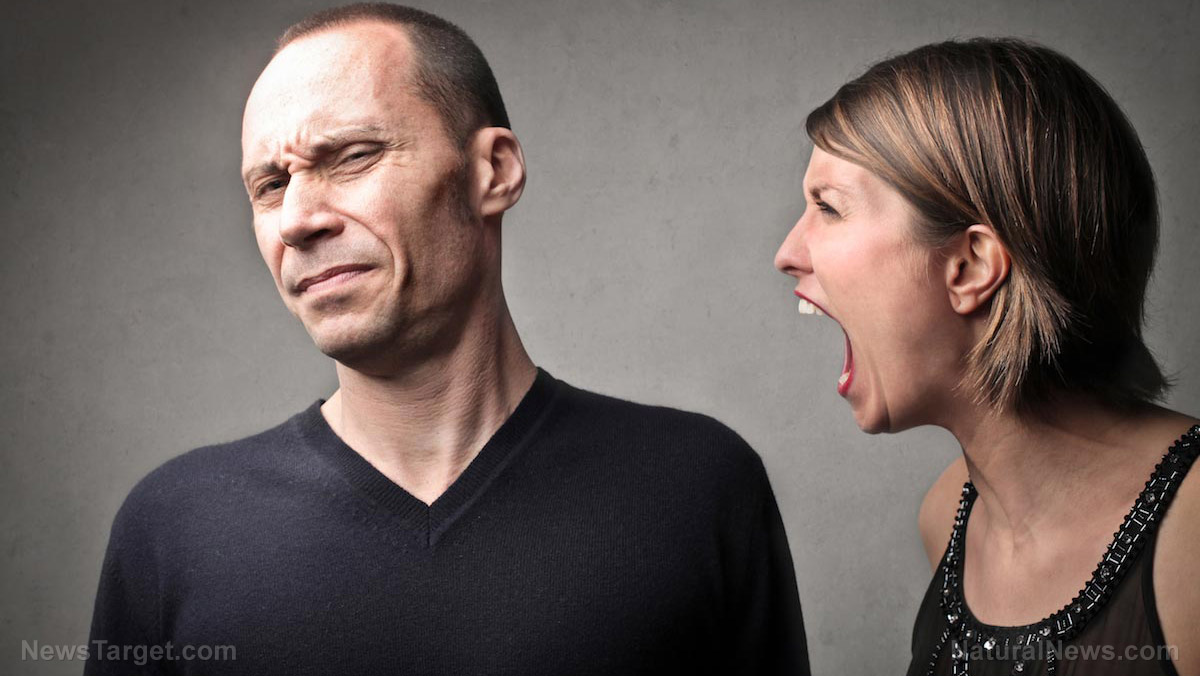 (Natural News) In the modern age, the Alt-Left has decided that men should no longer be men but rather neutered, cowering wimps who are too weak to stand up for themselves or to the stronger women who should be running things anyway (or so we’re told).

That helps explain much of the anger over Hillary Clinton’s monumental loss to Donald J. Trump in the Nov. 2016 election, especially among the feminist crowd, most of whom were certain they would be celebrating the country’s first female president ever (as if gender should even be a qualifier for the most powerful position in the free world).

But it makes sense that these feminist snowflakes would melt down in anger at the prospect of another male president — especially Alpha Male Donald Trump, whose demeanor is certainly far too masculine for their taste.

It also helps explain why the Alt-Left’s newest anti-male narrative centers around the assertion that just being a man makes someone inherently dangerous, thus the need to neuter and disempower all males — and the sooner the better.

Here are some examples of this gender lunacy.

As reported by PJ Media, Lisa Wade, a sociology professor at Occidental College, recently wrote in an article for Public Books that “we should reject the idea that men have a psychic need to distinguish themselves from women.”  How come?  Well, of course, because “masculinity is toxic.”

Not only that but society should be “suspicious of males who strongly identify as men.”

“If we are going to finish the gender revolution, then, we need to call masculinity out as a hazardous ideology and denounce anyone who chooses to identify with it,” Wade declared — without the slightest hint she is even aware just how out there she really is.

It gets better (or worse, depending on your perspective). (Related: INTOLERANCE on parade: Liberal university berates professor for daring to debate non-traditional gender pronouns.)

On a recent program, Fox News host Tucker Carlson had a raging feminist on as a guest who also complained about “toxic masculinity” (recognizing a pattern here?) and proceeded to claim that in all things, women are just better because they are incapable of doing anything wrong.

“Women are better, unfortunately. We are not the murderers of our society. We are not committing the crimes. We commit less than 20 percent of the crimes. So actually, men are not as good as women. We are actually better. We’re safer,” said magazine publisher Cathy Areu.

Carlson responded, “But what about men who transition to women? So if a man says, if he’s got a terrible case of toxic masculinity, he’s on his deathbed dying from toxic masculinity…and he says, Bam, ‘I’m a woman now,’ does it cure him?”

“Well, I would hope so. He would be the better gender, so I hope so,” she responded.

Groan. Isn’t this ‘genderism’? Is she being a “genderist?” Isn’t that a violation of civil rights laws?

But seriously, what should we expect? To the Alt-Left today, ‘strongly identifying’ as a male is seen as abnormal, threatening, dangerous, improper… weird. Not so much if a woman “strongly” identifies as a woman (and a strong woman at that, along the model of Hillary or Michelle Obama, of course). Or not so much of males ‘identify’ as females (or females of a different color)…or as something other than “strong male.”

These lunatic feminists have long pointed to incidents of sexual harassment and rape as the reason why we should be de-male-ing males — after all, when you can “artificially inseminate” to become pregnant, who even needs the other gender anyway, right?

Of course, they claim their case has been strengthened by the recent rash of sexual assault and harassment charges that have been made public by women who, for years, chose not say anything about the abuse they were experiencing from ‘strong (mostly liberal) males’ (like Hollywood mogul Harvey Weinstein, and a series of Democratic congressmen). That tide seems to have changed, and for the better, because the solution isn’t making men weak or obsolete, it’s improving our society so that men (and women) behave better towards each other.

But this is the state of Western, mostly American, cultural thought today: Men are the problem, women are the solution, and there’s no sense in even debating that anymore.

What’s sad is that, obviously, there are educated women who actually believe that. Follow more news on the runaway intolerance of the deranged Left at Intolerance.news.