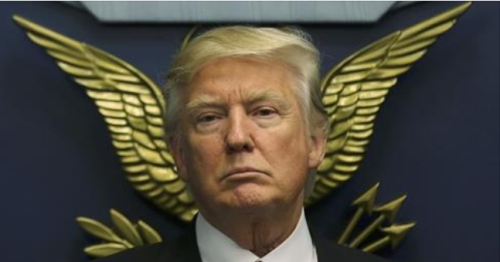 On Wednesday, December 6, 2017, President Trump delivered a 12+ minutes speech, announcing the U.S. embassy in Israel will be moved from Tel Aviv to Jerusalem.

At the very end of the speech, Trump slurred the last six words:

“God bless the United States. Thank you very much.“

The next day, White House press secretary Sarah Huckabee Sanders told reporters that concerns about the President’s health are “frankly, pretty ridiculous” and that “The President’s throat was dry, nothing more than that.”

But Sanders also announced that President Trump will undergo a physical exam at Walter Reed National Military Medical Center in Washington, D.C., early next year. The results of the exam will be made public. (New York Daily News)

The 2016 presidential election was not just a political battle. It was also — and still is — a spiritual battle.

After Trump was elected President, witches have mobilized efforts to curse and put hexes on him.